TASKIZE OPED – FROM FUTILITY TO UTILITY 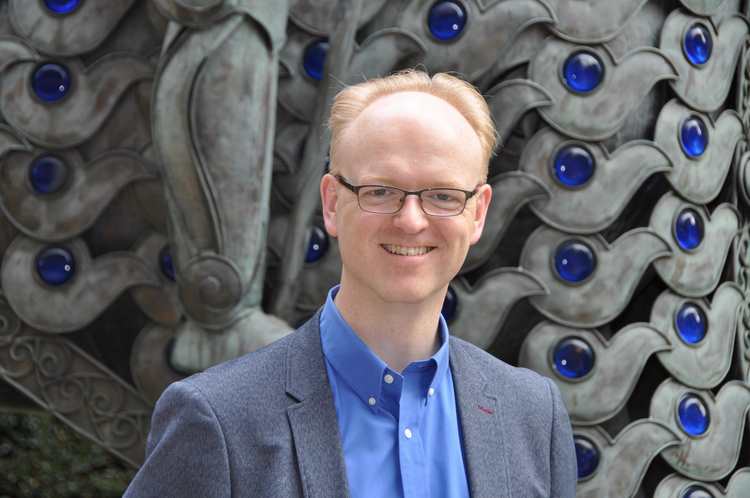 Efforts to streamline and integrate systems to improve back-office efficiency need not involve major re-engineering but can instead be propelled by use of utility-based platforms.

In any supply chain, it’s the first and last mile that add the most value. This is where the successful service provider combines its broad domain expertise with its specific understanding of a particular market segment to tailor industrialised processes to meet individual requirements. In a fragmented supply chain, however, there is a risk that tweaking and tailoring at every link in the chain could result in a high degree of customisation that thwarts overall process efficiency, diminishing the end-user experience. And as products mature and priorities change, there is also a risk that yesterday’s differentiator becomes tomorrow’s commodity, further diminishing the value proposition.

This is where we are today in the back offices of the financial markets: processes and systems are so complex, customised and idiosyncratic that they are unable to interact effectively with parallel applications at similar institutions, but are so embedded as to be irreplaceable without considerable investment of time and effort. To take just one example of staggering inefficiency and duplication of effort, untold hundreds of man hours are still devoted to reconciling counterparties’ records of the same transaction, generated by slightly but critically different back-office systems. On top of these legacy challenges, new transparency requirements, increased collateral obligations, and ongoing service digitisation are among the forces generating even more records and accounts of financial transactions. This is potentially driving even more data divergence – and sheer ‘noise’ – if the outputs of recent OTC derivatives reporting rules are anything to go by.

Recent technology innovation offers a number of ways out of the quagmire. But often there is a massive gap to be breached between today’s balkanised legacy landscape of tried-and-tested, but imperfect and highly customised processes and platforms, and the much cleaner, simpler vision of tomorrow offered, for example, by proponents of blockchain-based solutions.

Blockchain undoubtedly has transformational potential. Among its many attractions, the ability of distributed ledger technology (DLT) to deliver a single, immutable and universally-accessible record of transactions – the fabled ‘golden source’ – could be a significant step forward in the simplification of back-office processes. At the recent Sibos conference, panel sessions were awash with optimistic speakers outlining proofs-of-concept for collateral management, bond issuance and equity trading, to name but a few. But migrating or replicating existing financial market workflows, practices and concepts is a hugely complex affair, with many moving parts. On the one hand, the industry’s governance and security standards have to be maintained, but on the other the technologies supporting new approaches still need to evolve. To take just one example, the Java-based programme typically used to build smart contracts is too powerful and offers too many choices, with serious potential security implications. Even through the most optimistic of lenses, one can see that the nirvana DLT promises is many, many years away.

As more than one observer has noted recently, the European securities market has just taken ten years to implement TARGET2-Securities, the European Central Bank’s single securities settlement platform. Deployment of blockchain-based solutions could take longer, given the technological, practical and regulatory hurdles that must be overcome. In a recent blog[1], independent financial markets commentator Chris Skinner pointed out that almost every current blockchain-based use case requires “massive industry changes before we can apply the technology”.

Such is the current logjam that banks cannot afford to wait another decade. They need results now to ease the pressure of regulatory demands, budgetary constraints and customer expectations. While the development of DLT-based solutions rolls on, the industry’s appetite continues to build for platforms to which they can connect to solve common challenges, specifically when they need to perform standardised tasks at scale and at speed.

Although the industry’s record is distinctly patchy when it comes to embracing collective solutions to raise all boats, the present post-crisis period is surely the age of the utility. As much at the behest of economic reality as regulatory diktat, banks are more likely than ever to turn to third-party services and platforms as a means of minimising operating costs, easing internal workload and focusing resources where they add most value to the client.  A 2016 PwC white paper counted 40 recently-created market utilities across the financial markets[2], noting “market utilities are going to be a permanent fixture in the industry. The formation of cooperative functions is a necessary response to the massive structural changes that are sweeping the industry.”

To meet financial crime compliance obligations, banks are exchanging KYC documentation via standards-based utilities rather than bilaterally. To meet margin calls under new OTC derivatives rules, both buy- and sell-side firms are leveraging third-party platforms, often developed by market infrastructure providers that deploy common standards and connectivity protocols to mobilise collateral assets cost-effectively. The adoption of ISO 20022 by market infrastructures globally is paving the way for greater cross-border interoperability in payments and securities, making it easier to introduce new services and capabilities, upon which member banks can build new value propositions.

These initiatives all share the common characteristics of being standards-based platforms, designed with significant levels of industry consultation, that handle universal processes and tasks, offering maximum connectivity to peers with minimal in-house implementation requirements. In many cases, technology innovation plays its part, but it is most effective when it leverages or interacts with existing systems to generate new sources of customer value, such as API-based connectivity between service providers.

This utility approach can also deliver transformative change to those currently struggling to optimise reconciliation and other back-office processes. The staff and their systems are doing as good a job as can be expected in the circumstances, but they are hampered by their separation from their peers at counterparty organisations, caused in no small part by a lack of standardisation and communication, often the unintended consequence of attempts to customise a process for a client that no longer recognises or appreciates the effort. Like those standards-based, purpose-built market utilities, Taskize is focused on a specific but critical challenge: the replacement of email and other ill-suited channels by a dedicated interbank problem-solving network for operations staff. By discussing and resolving trade fails or other breaks and exceptions on a common platform, informed by domain expertise and evolving best practice, it is possible to cut fail rates and operations costs substantially, but without significant investment or delay.

The back office is no-one’s traditional idea of the last mile in the value chain, but such is the fragmented nature of financial service provision that efficient clearing, settlement and related processes are crucial to strong counterparty and customer relationships. Whether sparked into being by regulatory or economic factors, the momentum behind utility-type solutions must also derive at least in part from an implicit recognition that customisation is a double-edged sword. By using common platforms to handle processes that are no longer (or never were) sources of competitive differentiation, banks are better able to focus on meeting new customer priorities.

John O’Hara is Chief Executive Officer and co-founder of Taskize. A seasoned FinTech innovator before the term became popular, John has over 20 years’ experience delivering both trading and operations technology across the major business lines at Investment Banks.

John is the inventor of AMQP, an open-source technology for business messaging (ISO 19464) used by a range of organisations including Deutsche Boerse, the US Government and Microsoft. John was also part of the original team that created FpML to make electronic trading of derivatives more transparent and accessible. FpML is now used by banks and regulators alike to represent complex transactions and improve market transparency.

[2]Market utilities in financial services: What role will you play? PwC 2016