TAPPING INTO CONTACTLESS PAYMENTS AROUND THE GLOBE 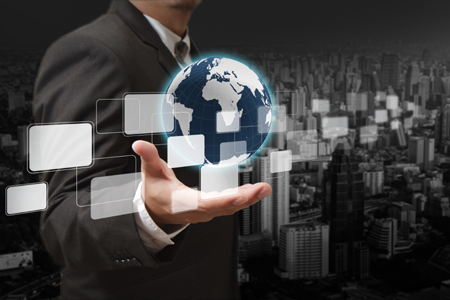 Kirsty Berry, Head of PR and Communications at Compass Plus

When we think about contactless technology in Europe, many would automatically think about it in relation to cards and simply tapping it on a terminal, however for the US it is not all about payment cards – in fact, less than 10% of cards shipped to the US in 2014 featured contactless technology according to the Smart Payment Association. Looking back through the US payments news archives, the mobile device seems to have taken centre stage with contactless, with the majority of stories referencing them instead of cards.

Although penetration is not high, financial institutions in the US have been issuing contactless cards since 2004, and some merchants have been installing contactless-enabled terminals. However, unlike the UK, there was no media hype around their introduction, consumers were not educated about them and merchants did not highlight their acceptance in-store. From a consumer viewpoint, everything carried on as normal. That was, until the launch of Apple Pay. That is when the fanfares started (followed by the launch of Samsung Pay, Android Pay, C­­­hase Pay – in fact, all the ‘Pays’). You would have had to be asleep under a rock in the middle of the Grand Canyon to not have heard about contactless technology via your NFC-enabled smartphone. Not only have the Pays promoted their existence and benefits for consumers, but merchants that accept them have gotten in on the action too. Over the last year the US has been awash with news bulletins about mobile contactless technology, updates of new acceptance points, partnerships, promotions, reviews, etc.

So what about the contactless payment card? The introduction of mobile-based contactless technology hasn’t done any harm in bringing all types of contactless technology to the fore. Whilst consumers may not have mobiles enabled with the technology, or wish to link their cards to mobile wallets, the hype around contactless should certainly have introduced them to it. This could mean that should they be issued contactless payment cards, they would be more likely to tap and go. One explanation for the ‘mobile first’ route the US seems to have taken could be the late and ongoing adoption of EMV cards in the region, where the costs  merchants need to incur to upgrade their terminals has limited the consumer use of chip cards. However, the Metropolitan Transportation Authority’s recent announcement that travellers will be able to pay for journeys on the New York subway as well as for bus journeys using contactless cards or mobile phones from 2018 demonstrates the US’ dedication to the technology.

Just over the border, cardholders in Canada are used to tapping their payment card on POS terminals. More than 75% of retailers accept contactless payments and MasterCard suggests that contactless transactions account for 10% of domestic transactions with an average increase of 1% per month with 37% of Canadians having paid using the technology (RFi Group). According to Moneris Solutions Corp, in just three months (Q3 2015) the dollar volume of contactless payments jumped 162% compared to the same quarter in 2014. What is apparent is unlike the US, the penetration of contactless in Canada is setting the scene for mobile payments, not vice versa.

On the other side of the globe, Asia Pacific has seen the number of unique contactless users in the region grow 49% year-on-year in 2014 according to MasterCard. Although previously predominantly cash-based economies, developing markets in the region are becoming more connected with rapidly increasing smartphone penetration, which has led to a shift to new payment technologies – not just mobile payments. Asia Pacific did not need the launch of Apple Pay (and such like) to spur their move to contactless technology – instead Visa and MasterCard have been involved in local campaigns to promote the technology and address any specific market issues. According to a 2015 survey from RFi Group, Australia sees the largest penetration of contactless payments in the region with 53% having made a contactless transaction, Singapore came second with 54% and Taiwan third in at 41%. In a region where traditionally cash has been king, these numbers show the potential for further growth using convenient and fast tap and go transactions.

Collaborations between the payment networks, issuers and merchants have been key in driving contactless adoption in the region, with issuers offering incentives such as cashback alongside other rewards to encourage individuals to use their contactless-enabled debit or credit cards. The push to contactless payments penetration in the region has also become a cross-border initiative. For example, in 2014, Singapore’s EZ-Link Private Ltd and Taiwan’s EasyCard Corporation developed a contactless card and multipurpose platform to help increase tourism and business travel across the region. Consumers across the Asia Pacific region are undoubtedly learning to embrace contactless technology, and this is only set to grow as connectivity in the region improves.

It is well-documented that the Nordic region is ahead of the curve when it comes to the ‘cashless society’, with the electronic payments revolution in full swing – the Danish Chamber of Commerce has proposed to allow most retailers to refuse cash transactions, and in Sweden even the homeless selling magazines on the street accept electronic payments. Contactless technology has only been launched in the region in recent years, with each country at different stages of penetration. In Finland the technology is gaining acceptance; there were 2 million contactless cards in circulation in 2014, a figure that is expected to reach 7.9 million by 2019. According to RBR, contactless enabled cards have a 0% share in Denmark and Norway. Whilst in Sweden, contactless mobile transactions seem to offer the biggest business opportunity. With traditional cards already well established, the extra functionality contactless technology gives consumers has not been a selling point. Instead, mobile payments companies are partnering with financial institutions to bring NFC-smartphone transactions to the public.

There are different levels of contactless penetration across the globe, even within each region, with many external factors affecting adoption from cultural behaviours, consumer need and education to merchant acceptance. Although numerous countries are starting to rollout the technology using cards and graduating to NFC-enabled smartphones when cards reach an acceptable level of adoption, some seem to be more in favour of mobiles and are bypassing cards altogether, mainly in countries where EMV technology and transport systems based on contactless cards have not been fully adopted. Regardless of whether contactless is card-based or mobile-based, it is evident that the technology has made a big impact around the world and as its adoption by consumers and acceptance by merchants increases, this is only likely to continue.

THE STATE OF FINTECH IN PHILIPPINES: 3 NOTABLE EXAMPLES