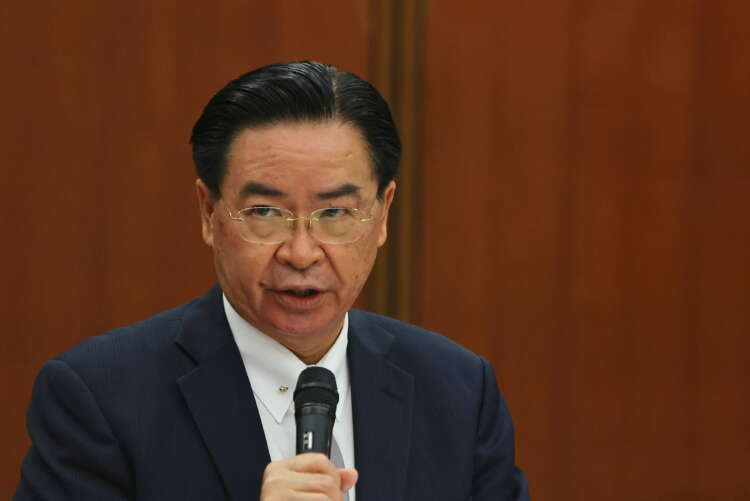 TAIPEI (Reuters) – Taiwan Foreign Minister Joseph Wu will visit Slovakia next week on a rare trip to Europe that will also include a trip to the neighbouring Czech Republic and a virtual address to a forum in Rome, his ministry said on Thursday.

Taiwan, claimed by China as its own territory, does not maintain formal diplomatic relations with any European country, apart from the Vatican City, but has been keen to promote ties with other like-minded democracies in the European Union.

The Czech Republic, Slovakia, Poland and Lithuania have all donated COVID-19 vaccines to Taiwan, and Lithuania and Taiwan are due to open de facto embassies in each others capitals before the end of the year, to Beijing’s anger.

Vystrcil and Hrib visited Taiwan last year, infuriating China. Wu’s Czech visit had previously been confirmed, but not his trip to Slovakia.

Wu will also “think of a way” to speak virtually at the Inter-Parliamentary Alliance on China’s summit in Rome next Friday, Ou added, an event being attended by Penpa Tsering, head of the exiled Tibetan government, and other people at odds with Beijing.

“We will more actively seek the support of the international community and look forward to strengthening relations between Taiwan and the democratic countries of Central and Eastern Europe,” Ou said.

Due to Chinese pressure many countries are unwilling to host senior Taiwanese ministers, though Wu visited Denmark in 2019 to speak at the Copenhagen Democracy Summit.

China has ramped up its military and diplomatic pressure against Taiwan to force it to accept Chinese sovereignty.

Democratically-ruled Taiwan says it is an independent country and will defend its freedom.