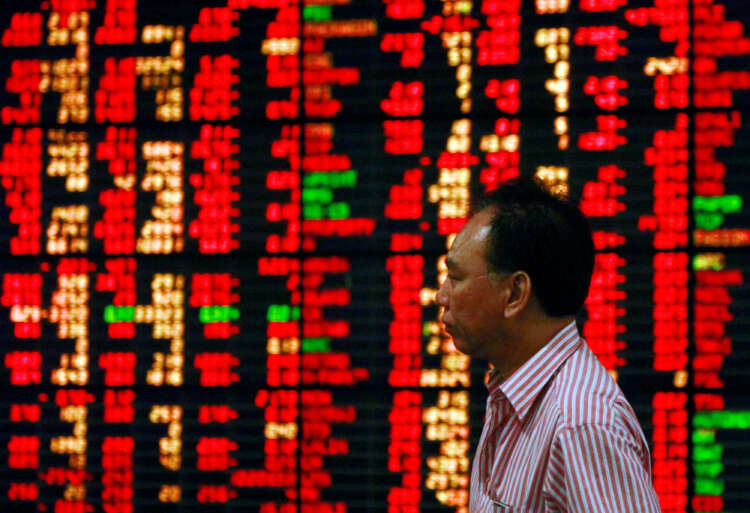 By Anshuman Daga and Alun John

SINGAPORE/LONDON (Reuters) – Global stocks headed for a third straight day of losses on Tuesday and the dollar rose after more U.S. data reinforced the belief among investors that the Federal Reserve might stick longer with aggressive interest rate rises.

The oil and gas sector also suffered after a near-3.5% slide in crude oil prices overnight. Shell, BP and TotalEnergies were each down around 1%, and were among the biggest drags on the pan-European index.

Having hit an an over three-month high last Thursday, MSCI’s world index is now entering what was shaping up to be a third straight session of decline.

Data released on Monday showed U.S. services industry activity unexpectedly picked up in November following a robust U.S. payrolls report published Friday – all of which raised doubts over whether the Fed would go for smaller hikes in interest rates just yet.

“A reassuring trend was in place – policy tightening, leading to growth slowdown leading to slower inflation – which allowed this correction in risk assets and the dollar,” said Samy Chaar chief economist at Lombard Odier.

“Then we had two important bits of data that went the other way, a good job report, non manufacturing ISN, which if not calling that trend into question, do show there will be bumps in the road.”

Aggressive U.S. rate increases earlier in the year had caused stocks to tumble and U.S. treasury yields and the dollar to soar.

Elsewhere, the Reserve Bank of Australia raised interest rates to decade highs and stuck with a prediction of further hikes ahead, quashing any thought it was near to pausing. The Australian dollar gained 0.3% and the 10-year bond yield ticked up a little.

The U.S 10-year yield was steady at 3.5735% after jumping nearly 10 basis points on Monday following the services data. {US/]

Oil prices edged up, as the implementation of sanctions on Russian seaborne crude oil eased concerns about oversupply, while the relaxing of China’s COVID curbs bolstered the demand outlook. Crude futures suffered their biggest daily drop in two weeks on Monday, after the U.S. service sector data raised worries that the Fed could continue its aggressive tightening for a while longer. [O/R]