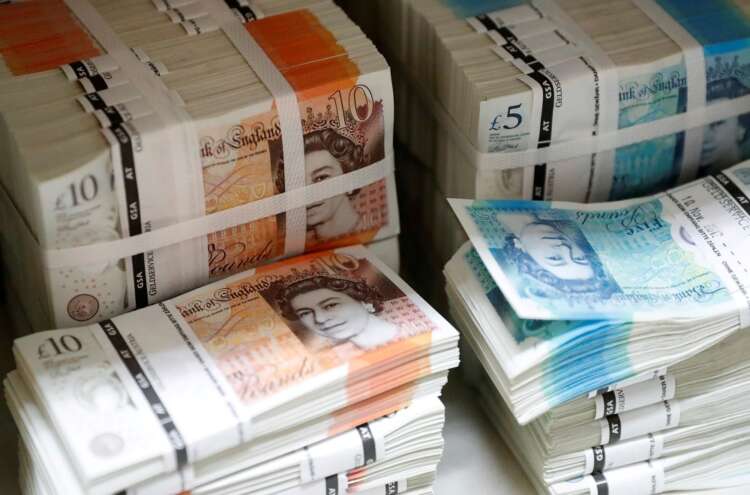 LONDON Reuters) – Sterling rose against the U.S. dollar on Wednesday following UK inflation data that topped expectations and raised the chances of yet more interest rate hikes by the Bank of England (BoE).

In response to the data, finance minister Jeremy Hunt, who is set to unveil a series of tax hikes and spending cuts on Thursday, said “tough but necessary” decisions were required to tackle rising prices.

Despite sterling ticking up, the currency had traded flat in the hours after the inflation data was published, suggesting a muted reaction from traders.

“The BoE had inflation projected at around 11% for Q4 in their MPR (monetary policy report) earlier this month, meaning that the headline inflation print didn’t come as too much of a surprise for money markets,” said Simon Harvey, head of FX analysis at Monex Europe.

Harvey said Thursday’s budget would likely be more of a risk factor than the inflation figures, “but given most of the policy details have been pre-announced and digested by bond markets, I expect it won’t provide too many fireworks”.

Earlier this week, data showed Britain’s unemployment rate rose to 3.6% in the three months to September, above expectations for 3.5%.

But the GDP numbers were seen as heralding the beginning of a recession. The BoE has been hiking rates since late 2021 in the face of soaring inflation, and on Nov. 3 raised rates by the most since 1989, warning the UK faced a lengthy economic downturn.

Futures markets show traders attach an-almost 50/50 chance of the BoE raising rates by either 50 basis points, or 75, when it meets next month.

October retail sales data due on Friday will give further insight into consumer spending, which is a major pillar of the UK economy.