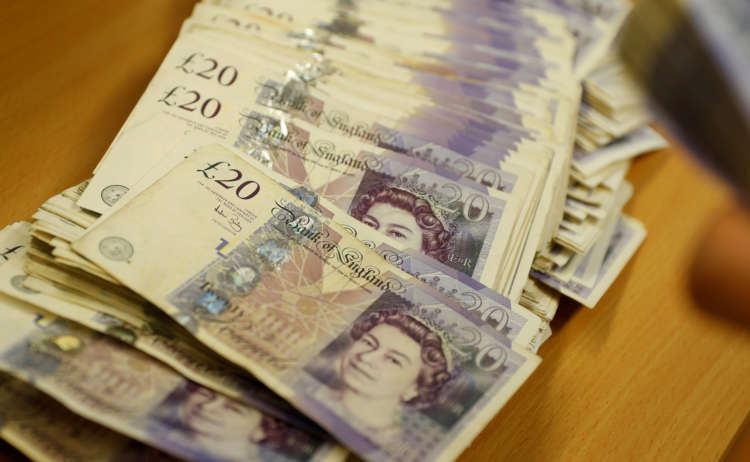 LONDON (Reuters) – A combination of heightened risk appetite in global markets and UK-specific optimism lifted the pound on Wednesday, as it strengthened to its highest in nearly three years against the dollar and five-month highs against the euro.

The pound’s recent strengthening can be attributed in part to relief among investors that the impact of Brexit has not caused the chaos some feared, as well as a lessening of negative rates expectations, said Neil Jones, head of FX sales at Mizuho.

“Going into early 2021, there was a bearish sentiment building into the pound on the Brexit deal, in terms of maybe it had a limited reach, and then secondly an expectation of negative rates and so to some extent the market has been cutting down on sterling shorts because neither of those things have been quite so apparent as they were,” he said.

Bank of England Governor Andrew Bailey said last week that there were “lots of issues” with cutting interest rates below zero – a comment which caused sterling to jump.

The UK’s progress in rolling out vaccines is also seen as a positive for investors, Jones said.

Currently, the United Kingdom has vaccinated 4.27 million people with a first dose of the vaccine, among the best in the world per head of population.

“Further progress in vaccinations (a pick-up in the daily rate) by the time the BoE MPC meeting takes place on 4th February may prove enough to hold off on any additional monetary easing,” wrote Derek Halpenny, head of research for global markets at MUFG.

Inflation data for December showed that prices in the UK picked up by more than expected in December, to a 0.6% annual rate.0.6

Inflation has been below the Bank of England’s 2% target since mid-2019 and the COVID-19 pandemic pushed it close to zero as the economy tanked.