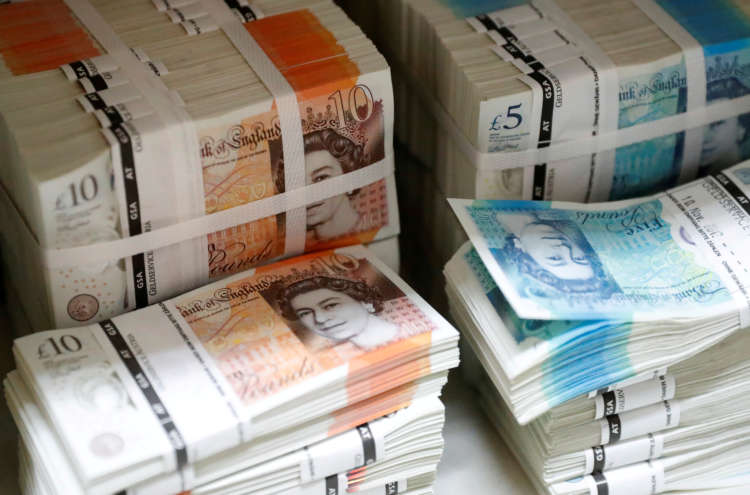 LONDON (Reuters) – Sterling held ground versus the dollar and euro on Friday, as currency traders looked ahead to the Bank of England’s next decision on benchmark rates and any signaling on the likelihood of negative rates.

The pound recovered on the day above $1.37 after earlier losses. It remained on track for modest weekly gains, as risk sentiment remained subdued amid market jitters over a Wall Street retail-trading frenzy and a row over COVID-19 vaccine supply in Europe.

Analysts said the Bank of England’s next rates decision on Feb. 4 could shift the pound even without a cut, with the central bank also set to publish its findings on banks’ operational readiness for negative rates.

“The Bank of England is not likely to change policy at this point, but it could hint at a possible further easing of policy in the future – which would probably be enough to send the pound lower,” said Marshall Gittler, head of investment research at BDSwiss Group.

“A small cut in rates, say to zero, would be entirely possible. My view above – a dovish hold – is probably the market consensus, so a cut in rates would be negative for the pound.”

Sterling was last broadly flat versus the dollar on the day at $1.3723, after briefly turning positive and approaching a fresh two-and-a-half year high.

The pound had reached its highest level against the dollar since May 2018 on Wednesday, hitting $1.3759.