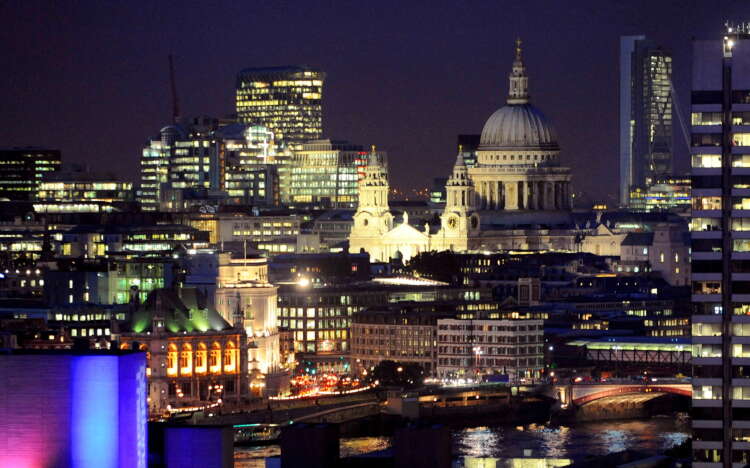 LONDON (Reuters) – Britain will publish this summer its first annual report on efforts to improve the global competitiveness of its financial sector, the government is due to say on Thursday.

Britain left the European Union without a deal for access to the bloc’s financial services sector, putting the government under pressure to support the City of London, still Europe’s biggest business hub.

A review last year on improving London as a place to list companies recommended that Britain’s finance ministry should present a short annual “State of the City” report which sets out steps taken or planned to promote Britain as a financial centre.

This would ensure long-term “rigorous political focus” on helping the City, historic home of the financial sector, fend off competition from New York, Singapore and now the EU, the review by former European commissioner Jonathan Hill said.

Finance industry figures say that while the ministry has aired many of the reforms they want to see, a much faster pace of implementation is needed.

It could use indicators like the number of new listings and trading volumes to measure progress, Hill recommended.

Listing rules have already been eased to bring them in line with rival centres like New York, and the ministry set out reforms to the funds sector on Thursday.

Despite such reforms, SoftBank said this week it would list British chip designer Arm in New York rather than London.

Financial services minister John Glen is due to address lobby group TheCityUK’s annual dinner on Thursday evening. The ministry said he is expected to announce that from this summer, the Treasury will publish an annual review of financial services competitiveness with the City of London Corporation.

“This will monitor progress and will reflect feedback from businesses on what’s going right and where improvements can be made,” the ministry said.

Glen will say that Britain will not lower standards to win business.

“And we will never sacrifice the track record of international leadership on financial stability, that we’ve demonstrated since the 2008 crisis,” Glen will say.

A ministry official said this week that Britain’s financial regulators will be given a secondary objective to help keep the City globally competitive, but without undermining their main aim of maintaining sound firms, well functioning markets and consumer protection.

The State of the City review could be delivered by finance minister Rishi Sunak in his annual Mansion House speech in the ‘square mile” financial district.

Should You Take Bad Credit Loans?