The Society’s Mortgage Operations team has made a donation of £500 to the Chris Parr Memorial Fund, a Leek-based charity directly affiliated to Cardiac Risk in the Young (CRY)*.

CRY is a national organisation set up to raise awareness of conditions that can lead to young sudden cardiac death (YSCD) and sudden death syndrome (SDS).

The Fund was set up in memory of local sportsman Chris Parr, who died in his sleep from sudden adult death syndrome (SADS) in July 2010, aged just 21.

Since Chris’s death, his parents Dianne and Martin Parr, of Leek, have raised many thousands of pounds towards the heart-screening sessions and research that CRY carries out. 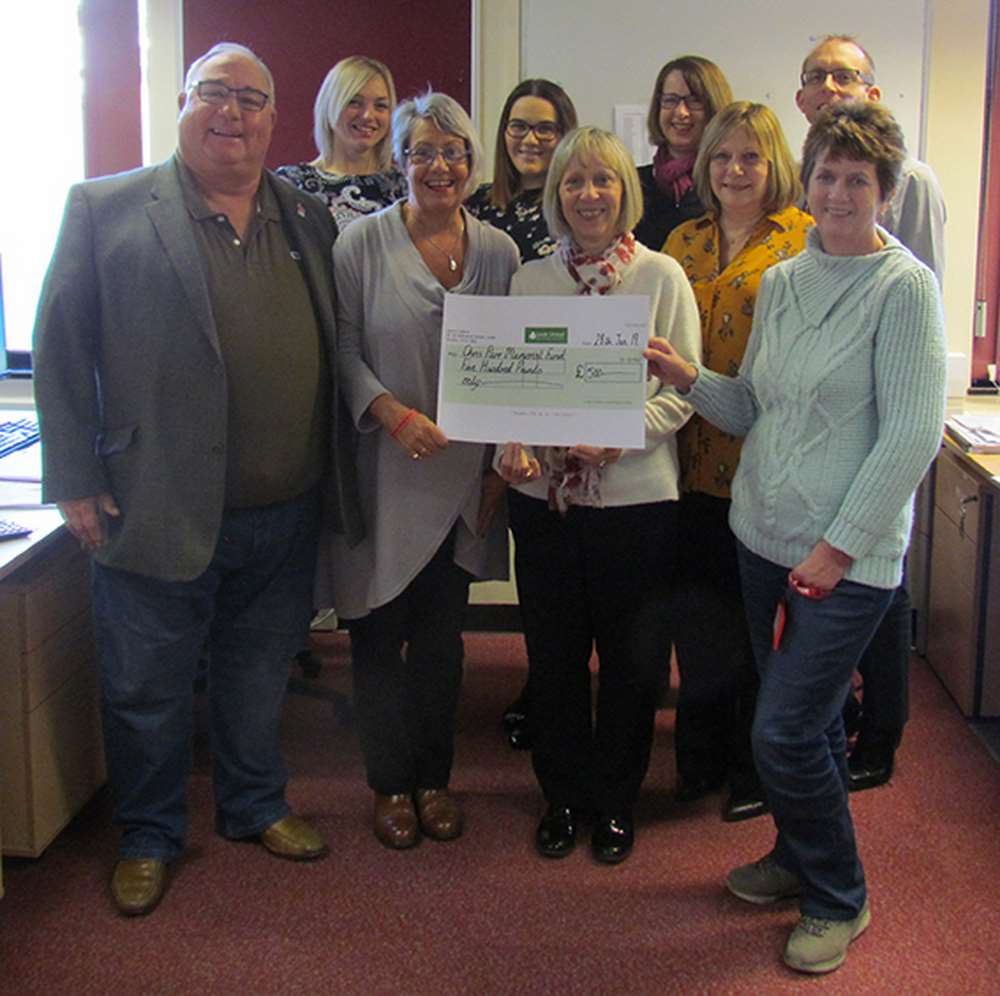 The couple attended Leek United’s Head Office in St Edward Street, Leek, to receive a cheque for £500 from the Society’s Mortgage Operations Manager Jackie Derrett and her team.

“Thanks to their brilliant hard work and generous gift, all of this money will help towards paying for two days of cardiac-screening sessions at Leek Cricket Club in May,” said Dianne.

“These sessions are specifically for young people aged 14 to 35, with the aim of identifying heart conditions that might otherwise go undiagnosed.

“Up to 100 people can be screened each day, and previous sessions we have helped to fund have resulted in potentially life-saving further referrals for a number of those taking part.”

Colleagues from the Society’s Mortgage Operations team raised the money by organising and taking part in a number of activities throughout 2018, including: a fashion show, an Easter extravaganza, cake and knitting sales, raffles, a ‘bake off’ competition, and much more.

Jackie said: “In addition to the Chris Parr Memorial Fund/CRY, we also chose to raise money for the Parkinsons UK Leek Support Group and Guide Dogs for the Blind, who have also each recently received £500 from us.

“Apart from the pleasure of knowing the money is going to such worthy causes, all staff have really enjoyed getting involved, we’ve had a great time doing it, and it’s been brilliant for team-building and morale.”

* Founded in 1995, CRY’s 2013 vision is: ‘To work with cardiologists and family doctors to promote and protect the cardiac health of our young by establishing good practice and screening facilities devoted to significantly reduce the frequency of young sudden cardiac death throughout the UK’.

Share on FacebookShare on TwitterShare on Linkedin
Related Topics:CHARITYMortgage Operationsnational organisation
Up Next

How banks and financial institutions can step up enterprise security