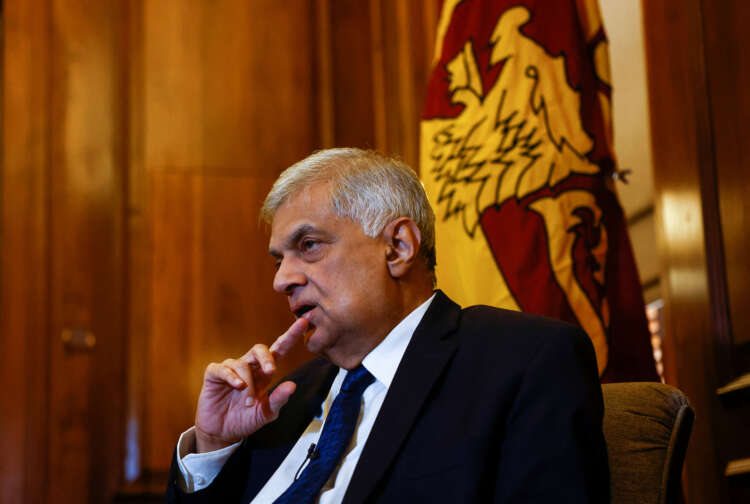 COLOMBO (Reuters) – Sri Lankan authorities will formally hold talks with international creditors on Friday to start the process of restructuring billions of dollars of its debt and share plans to tackle the island’s worst economic crisis in more than seven decades.

The success of the restructuring process is critical for the nation of 22 million to secure final approval for a $2.9 billion loan from the International Monetary Fund and subsequent financing from other global agencies.

The money will help the island nation overcome an acute shortage of food and fuel that sparked sweeping street protests for months this year and led to the ouster of then-President Gotabaya Rajapaksa.

Sri Lanka’s finance and other officials plan to hold a virtual interactive session to share the objectives of its loan package agreed with the IMF on Sept. 1 and the next steps of the debt restructuring process.

Its presentation to the creditors will be made public after the event. The government has already held preliminary restructuring talks with neighbour India and diplomats based in Colombo.

“There was a very positive response from the meeting with ambassadors chaired by the president on Thursday,” an official at the president’s office said, speaking on condition of anonymity.

“Sri Lanka is focused on trying to get the IMF deal finalised by December or early next year.”

Sri Lanka’s foreign currency debt was $47.3 billion as of end-2021 and local-currency debt at $53.6 billion, according to an update from the Ministry of Finance in August. China, Japan and India are its top bilateral creditors.

Oil prices edge down, recession fears back in focus