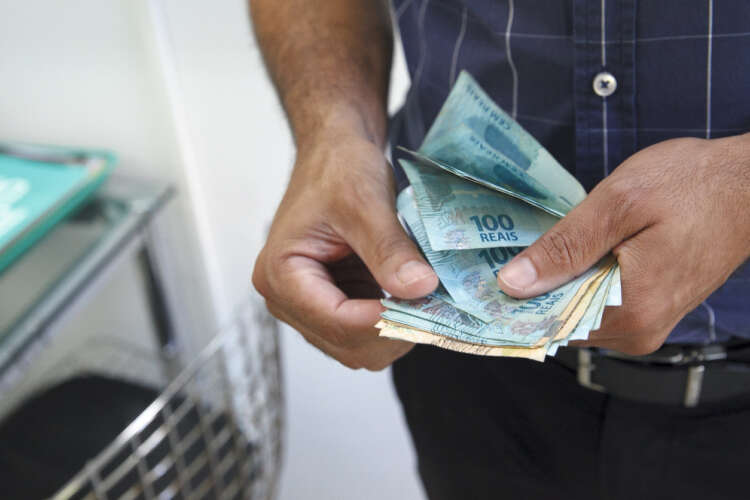 With high smartphone adoption, a burgeoning eCommerce market plus a focus on financial inclusion, payment methods such as instant bank transfer are seeing huge uptake in Brazil.

Brazil accounts for the largest slice of the eCommerce market in Latin America, generating 30 percent of eCommerce revenues in the region in 2021. Smartphone adoption is high too: in 2020, it was at 84 percent compared to the Latin America average of 72 percent, and it’s forecast to grow to 88 percent by 2025. Industry figures show that mobile commerce generated US$18 billion in 2020, and this is estimated to nearly double to US$34 billion by 2024.

Brazil is also the third-most banked country in Latin America. A little over 70 percent of the 215.3 million people in Brazil have a bank account. This is perhaps in part due to the fact that alternative payments methods (APMs) are actively promoted by the Central Bank of Brazil, and have been since the 1990s when it launched Boleto Bancário, a bank ticket or barcode system which has helped to ensure that those who don’t have debit cards, credit cards and bank accounts are still able to make financial transactions with ease. Bank transfers are another increasingly attractive APM for Brazilians, offering convenience and security.

In April 2022, we commissioned a survey of 1,000 consumers in Brazil, in addition to Chile, Peru and respondents across North America and Europe. Our findings showed that the use of credit cards in Brazil is high and growing, with 67% of people saying they’d used a credit card for online purchases in the last month. This is significantly higher than the Latin America average of 54% in answer to the same question, as well as higher than debit card use in the past month at 57%.

Furthermore, 47% use credit cards more frequently now than they did a year ago – also higher than the Latin America total (36%), Peru (31%), and Chile (29%). This could in part be due to lure of the loyalty schemes on offer from many credit card providers in Brazil offering points to be redeemed against flights and so on, but also the availability of instalment options through credit cards, and the long tradition of this type of payment in the country. The buy-now, pay later concept – relatively new in EMEA and North America – has been established in Brazil for decades, and has a big impact on people’s choice of payment method.

…But APMs are on the rise

While traditional payment methods such as credit and debit cards continue to dominate, the promotion and adoption of simpler, more inclusive options is growing, thanks to the Central Bank’s progressive approach to facilitating APMs over the years. At the end of 2020, it launched Pix – a type of instant bank transfer – which has seen exceptional uptake in a short space of time. In 2021, 58.4 million people received money and more than 53 million people sent money using Pix.

This was echoed in the responses we got to our survey. When asked which payment methods they’d used in the past month to pay for online purchases, 42% said they’d used a bank transfer, more than Peru at 32%, Chile at 41%, and a lot more than North America at 19%.

Further, 34% of consumers said they use bank transfers more frequently now than a year ago, and 28% use bank transfers about the same amount compared to this time last year. This makes it the most popular APM overall – coming in above digital wallets at 31%. And, again, third only to debit cards at 40% and credit cards at 47%.

The rising cost of living has also boosted the uptake of APMs. 61% said they’d changed their choice of payment method for online purchases as a direct result of this, 46% of whom said they used bank transfers more frequently, followed by digital wallets at 43% and eCash at 29%. This may be due to the lower costs associated with using these APMs.

The importance of security

On the whole, Brazilians’ outlook on security is in line with responses across Latin America, with 47% citing security as the most important concern when choosing how to pay for online purchases. However, consumers’ perceptions regarding the levels of risk in transacting online is acute and growing, with 76% being more worried about online payment fraud today than they were a year ago. Sharing personal and financial information is another sticking point: 64% don’t feel comfortable entering their financial data online.

Despite this, there’s no overwhelming call to increase security measures: 41% of respondents in Brazil would be happy to keep the current balance between security and convenience. And just 23% say they’d accept as many security measures as necessary, even if it involves additional steps

The growth of APMs as eCommerce continues to rise

While credit cards remain extremely popular, there’s an established and enthusiastic use of APMs in Brazil, supported by the Central Bank through the introduction of new ways to pay like Pix.

Payments methods like bank transfers are being used more and more due to their simplicity, low cost, and convenience, but also because of their security, which our research shows is important to Brazilian consumers when it comes to online payments. With Brazil’s extensive and rapidly growing eCommerce market, providing options for payments methods that tick all these boxes should be a priority for merchants.

Will ‘shopping for cash’ be the future?