SINK OR SWIM. HOW RESILIENT ARE GCC BANKS COMPARED TO THEIR WESTERN COUNTERPART? ARE THERE ANY SIGNS OF SUBSIDENCE IN THE SECTOR? 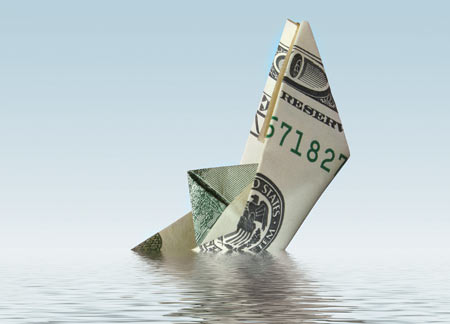 The global banking sector has increasingly been in the spotlight since the financial crisis with a number of significant and unprecedented events that have questioned the very fundamentals of the industry. Bankers, regulators and rating agencies, amongst others, have been vilified for their roles in the financial turmoil by a variety of stakeholders.

The impact of the crisis, however, has been asymmetric across countries and driven by two critical factors: the level and type of risk underwritten by market participants and the level of regulatory oversight by the authorities.

When compared to its Western counterpart, the GCC banking sector significantly differs in the level of sophistication of product lines, market participants and distribution channels. The GCC banking sector is mostly involved with corporate and retail lending, while sophisticated derivatives and structured products are still a relatively new concept in this region.

Since the onset of the global financial crisis, the GCC banking sector experienced a slowdown in growth due to lower liquidity, the regional real estate crash, significant corporate restructurings and a general deterioration in market sentiment. But the sector overall fared better compared to banks in the West, reflected by the lack of major bankruptcies and government bailouts.

The weathering of the crisis so far without any major institutional failures in the region does point to many positives in the performance of GCC banks but does not immediately classify them as more resilient. There are some fundamental issues that key stakeholders need to address.

Concentration of lending books
Most GCC banks have a high proportion of corporate lending and limited retail and small to medium enterprise (SME) exposure. Within the corporate books, there is a significantly high concentration of certain cyclical industries (such as real estate, construction and hospitality) and certain corporate types (e.g. government, semi-government and family businesses). Some efforts are being made by Central Banks to reduce these concentrations. The UAE Central Bank, for example, recently issued guidelines on the cap of lending exposure to government and semi-government institutions. Such measures should force banks to diversify their lending books and therefore reduce risks.

Unclear provisioning adequacy levels
While several GCC banks do seem sufficiently capitalized, risk concentration to certain industries, named lending (as already mentioned) and the adequacy of provisioning levels continue to pose some risks. While regional Central Banks have implemented strict provisioning rules, certain exceptions may have been provided to manage large government or semi-government exposure in the event of on-going restructuring. These risks might impact the seemingly sufficient capital levels and could run the risk of eroding capital significantly in a downside situation.

Liquidity
In some parts of the GCC, where the banking systems grew as a result of a large offshore financial sector, many institutions were caught out by the freeze in international money markets after the collapse of Lehman Brothers. Like Kuwait’s investment companies, these banks, which were reliant on wholesale funding, had grown in the boom times on the back of cheap short-term finance. Once these markets were closed, they were unable to refinance these facilities and problems ensued.

Every cloud has a silver lining
While there are risks, there are also green pastures for stronger banks, not only to mitigate these risks, but to also capitalize on their existing robust platforms and come out as winners. There are three areas that provide strong growth opportunities to regional banks. These include:
SME lending
There are scores of SME businesses that are currently devoid of sufficient bank and working capital financing due to the cautious lending approach adopted by the banks in the wake of the financial crisis. At present, the SME sector is heavily reliant on mezzanine financiers, which are also trying to find their feet post-crisis. Banks could look at the SME sector to tap not just a significantly booming market but also as an opportunity to diversify from concentrated lending.

Select European Banks’ retreat from the GCC region
European Banks are under significant pressure by the European Banking Authority (EBA) to shore up their capital positions. Banks were required to meet a “Core Tier 1” target ratio of 9% by the end of June 2012. In order to meet and maintain their capital requirements, banks have chalked out plans to dispose of their non-core assets globally. For a number of global institutions, their Middle Eastern businesses are considered non-core and this is reflected in a number of trade sale processes recently announced. This provides strong opportunity to the existing regional banks to grow their lending books by acquiring from European lenders.

Consolidation and M&A activity
It is well known that the GCC banking market is heavily fragmented and consolidation has always been predicted by many, but it was not until recently that the market had seen any real activity on the back of the merger between Emirates Bank and NBD. Since then, we have seen further consolidation in Bahrain, Oman and the UAE. Islamic institutions could kick start consolidation in the region to take advantage of economies of scale and to extend their reach. Qatar is an example where recent developments indicate the environment in the region is healthy and ready for consolidation. In February 2011, the Qatar Central Bank issued directives to conventional banks with Islamic banking operations, requiring them to stop undertaking new Islamic banking activities and to close their existing Islamic operations.

Our view
Overall, the outlook of the GCC banking market appears positive and there are opportunities for GCC banks to pursue aggressive expansion both, within the Middle East and globally.

However, significant risks in the form of concentrated loan books and the lack of clarity around the sufficiency of loan loss provisioning require careful consideration. GCC banks could capitalize by focusing on diversification, through new product and market strategies or acquisitions. Moreover, the GCC banking sector fares well relative to its Western counterpart in terms of its performance, lower complexities and growth opportunities. While we remain cautiously optimistic about the sector, one thing that is clear is that regional regulators and market participants need to act now if they want to avoid the risk of another western style banking crisis.

Deloitte & Touche (M.E.) is a member firm of Deloitte Touche Tohmatsu Limited (DTTL) and is the first Arab professional services firm established in the Middle East region with uninterrupted presence since 1926.  Deloitte is among the region’s leading professional services firms, providing audit, tax, consulting, and financial advisory services through 26 offices in 15 countries with around 3,000 partners, directors and staff. It is a Tier 1 Tax advisor in the GCC region since 2010 (according to the International Tax Review World Tax Rankings). It has received numerous awards in the last few years which include Best Employer in the Middle East, best consulting firm, and the Middle East Training & Development Excellence Award by the Institute of Chartered Accountants in England and Wales (ICAEW).

UNDER INVESTMENT IN BANKS IS CAUSING MAJOR IT HEADACHES