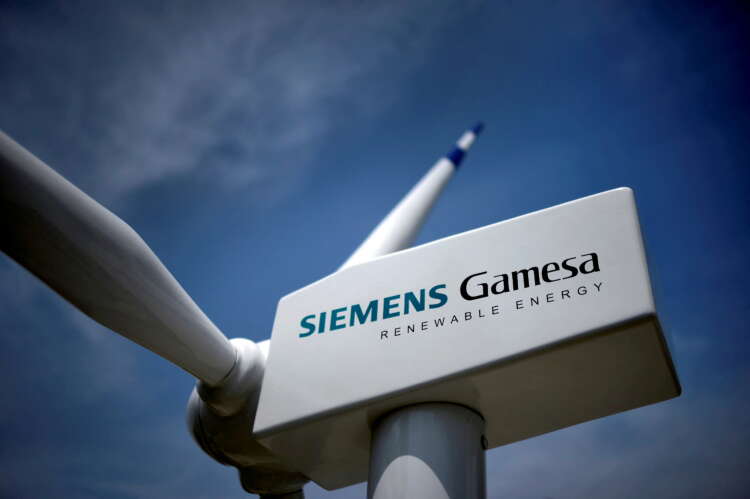 FRANKFURT (Reuters) – Shares in Siemens Energy hit a record low on Monday as a sell-off triggered by problems at its wind power division Siemens Gamesa continued following a HSBC downgrade.

Siemens Energy’s stock fell as much as 6.9% to 17.805 euros per share, its lowest since the company was spun off from former parent Siemens AG and listed separately in September 2020.

On Friday Siemens Energy shares recorded their biggest intraday loss after Siemens Gamesa, in which it owns a 67% stake, cut its financial outlook for the third time in nine months owing to supply chain issues and costs related to a new generation of onshore wind turbines.

The move also forced Siemens Energy to cut its outlook and has exposed the problematic stakeholder structure that gives Siemens Energy a majority stake in a business it effectively cannot control.

Since the profit warning Siemens Energy has lost 3.6 billion euros in market value, about the same amount it would currently cost to buy the third in Siemens Gamesa it does not yet own.

Shares in Siemens Gamesa, meantime, rose 2% after Deutsche Bank upgraded the stock to “buy” on hopes that Siemens Energy will buy out minority shareholders.