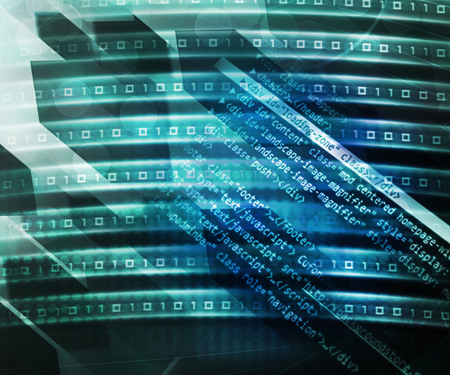 Recently, we’ve seen a significant increase at Couchbase in the number of conversations we’re having with financial services (FS) companies, as they evaluate NoSQL for both existing and greenfield applications. The range of applications for which NoSQL is being selected or considered – from payments and money transfers, to consumer lending, wealth management and fraud detection – as well as the mix of companies looking at NoSQL – from small start-ups to huge incumbents – is particularly interesting.

FS companies face the same challenges of other Digital Economy businesses. They need to provide web and mobile apps that are highly responsive, support hundreds of thousands or millions of simultaneous users, and provide personalised, context-aware, location-aware experiences.

However, FS companies have found that relational database technology can’t deliver the agility and scalability required to compete in the Digital Economy. As a result, they’re turning away from relational technology and choosing NoSQL for its flexibility, elastic scalability, performance, and 24×365 availability.

Online banking is nothing new – but in the last 10 years we’ve seen an explosion whereby every  bank, brokerage and insurance company has a website and offers online services.

But why is this happening now? What is driving this disruption in FS?

Mobile is a key factor. This chart, from Market Realist, shows our growing dependence on our mobiles, for everything including banking. Since 2007 – when the iPhone came onto the market – mobile banking has soared while banks continue to shut down branch offices.

Millennials are as plentiful as Baby Boomers (roughly 75 million in the US). But they came of age in the Internet era, meaning their demands are shaped by that experience. They expect the same speed, convenience, and value from banks as they get from Amazon,  Spotify, Uber, and the many other digital services that have become engrained in daily life.

The long-term survival of incumbents hinges on their ability to attract and retain this generation of digital-savvy consumers. And Wall Street is feeling the heat.

Earlier this year, JP Morgan CEO Jamie Dimon warned in his Letter to Shareholders that “Silicon Valley is coming.” He wrote: “There are hundreds of start-ups with a lot of brains and money working on various alternatives to traditional banking.” He cited in particular new digital economy lenders, who are “very good at reducing the ‘pain points’ in that they can make loans in minutes, which might take banks weeks.”

Dimon is rightfully paranoid. Referring to the start-ups, he wrote: “We are going to work hard to make our services as seamless and competitive as theirs.”

Start-up activity in the financial sector  has dramatically increased in recent years. As this chart from Accenture and CB Insights shows, investment in “fintech” start-ups steadily rose from about $1 billion in 2008 to about $4 billion in 2013, then skyrocketed to over $12 billion in 2014:

The variety of innovation is impressive. Business Insider recently reported on how 20 start-ups are “out to create a new world order on Wall Street.” These include companies ranging from Kabbage – an online lender to small businesses, which processes lending decisions in minutes – to Wealthfront, which targets millennials with automated wealth management at a fraction of the cost of traditional human-managed services (including no fees for the first $10,000).

You could easily add another 30 or 40 start-ups to BI’s list of potential game changers. See, for example, this list of San Francisco based FS start-ups, or this list of 30 hot start-ups compiled by Fox Business. As the graphic below from CB Insights shows, start-ups are attacking specific slices of the market – payments, lending, wealth management, personal finance, etc. – with a goal of delivering radically better customer experiences and greater efficiencies, while dramatically reducing costs.

Technology, including NoSQL, is key to Wall Street’s transformation

As Jamie Dimon’s warning illustrates, Wall Street incumbents are very concerned about the potential threats from these start-ups – and many are also excited about the new opportunities. That combination of concern and excitement is largely what’s driving their interest in NoSQL.

It’s become clear to incumbents that their technology has to evolve – they need to deliver the kind of experiences that today’s consumers demand: Location-aware, contextualised, highly responsive and interactive. Processes completed in seconds or minutes, not days or weeks. And they need to be far more agile in how they develop and deliver those products and services. Hence their interest in the performance, scalability, and flexibility that NoSQL technology like Couchbase can provide.

Of course it remains to be seen which, if any, of these start-ups will emerge as the Amazon of Wall Street. But I believe we’re in the early innings of a huge transformation of the FS industry, one that will likely be more significant than anything we’ve seen before.

Malaysia: the Islamic financial capital of the world