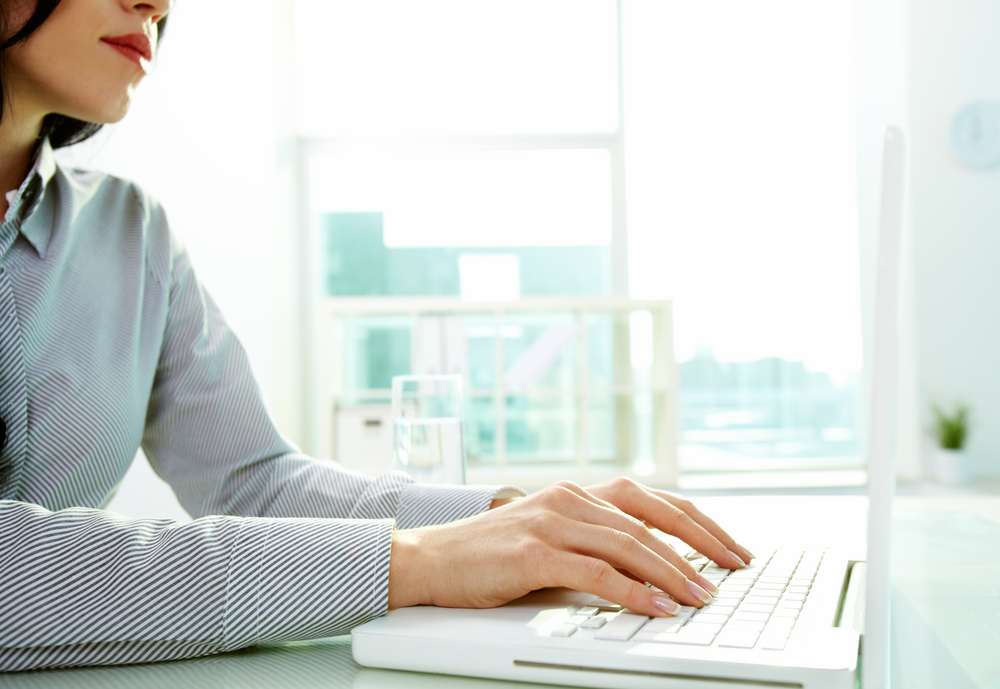 Scope Ratings GmbH has today affirmed Poland’s A+ long-term issuer and senior unsecured local- and foreign-currency ratings, along with its short-term issuer rating of S-1+ in both local and foreign currency. All Outlooks are Stable.

Poland’s solid macroeconomic performance with overall annual real GDP growth averaging 3.6% over the last 10 years has been supported by a strong policy framework including credible monetary and flexible exchange rate policy, resulting in low economic and financial volatility alongside reduced external risks, which support the A+ sovereign rating. In 2017, Poland grew by 4.6%, underpinned by a buoyant labour market and record consumer confidence. For 2018-2019, Scope expects GDP growth to remain robust, gradually slowing to 4.1% this year, before normalising to 3.5% in 2019. Investment growth has resumed in the second half of 2017 and is likely to continue in 2018-19, benefitting from the high EU budget transfers that Poland secured in the 2014-20 budget framework as EU funds are frequently used as seed money in large projects to attract domestic investment. Moreover, the current EU budget framework includes an additional three-year period during which countries can still draw funds, thereby increasing planning certainty. Investment growth is further underpinned by still-low interest rates and a liquid, profitable and well-capitalised banking system.

Poland’s A+ ratings are further supported by its moderate current account vulnerabilities. The country has run nearly balanced current accounts between 2015 and 2017, despite strong private consumption growth. Moreover, the high quality of funding sources for earlier current account deficits is exhibited in the mainly long-term foreign direct investment flows, intra-company loans and EU structural funds, thus ensuring that the country is less exposed to capital flight during periods of financial market turbulence. In 2017, the current account swung into a very small surplus of 0.2% (four quarter rolling sum), for the first time since 1995, reflecting improved competitiveness in business services. Thanks to its strengthened reserve adequacy, Poland was able to end the Flexible Credit Line arrangement with the International Monetary Fund in November 2017. Moreover, Scope highlights the favourable structure of Poland’s moderate foreign liabilities, of which around a third relates to non-debt instruments, i.e. stable forms of external financing including, among other instruments, equity and the reinvestment of profits.

Poland’s ratings are further underpinned by the sovereign’s fiscal consolidation efforts and favourable financing conditions that have helped notably reduce Poland’s interest payment burden over the last five years, allowing for more fiscal space. The general government deficit decreased to 1.7% of GDP in 2017 from 2.3% of GDP in 2016, mainly driven by strong tax revenue growth reflecting the supportive macroeconomic environment and improved tax compliance. Long-term budgetary pressures are increasing, however, as the government has stepped up spending on higher pensions, child benefits and public-sector salaries, leading to a broadly unchanged structural balance. Though the current fiscal stance is roughly neutral, the headline deficit is expected to widen slightly to 1.9% of GDP in 2018, also reflecting rising social benefits. The government remains committed to keeping the headline deficit below the Maastricht threshold of 3% of GDP.

Poland’s public debt is moderate and sustainable, in Scope’s view. General government debt decreased to around 50.6% of GDP in 2017 from 54.2% in 2016 and is forecast to continue declining to around 49.8% of GDP in 2019. Scope assesses Poland’s public-debt dynamics as sound due to their relative robustness across a number of scenarios over the projection period to 2023 as well as the support provided by a constitutional public-debt brake mechanism, which pressures public debt to not exceed 60% of GDP. The IMF expects debt-to-GDP to gradually decrease over the forecast period to around 45% of GDP in 2023, as robust economic growth, low financing costs and balanced primary fiscal accounts allow sustained debt reduction.

The banking sector remains liquid, profitable and well capitalised. The average total capital ratio remains at a level of 18% with most banks complying with supervisory requirements, including requirements to maintain adequate capital buffers. The quality of the loan portfolio is stable. In 2017, the total capital requirement rose due to the increase in credit risk weights related to forex housing loans originated in the past, which remain a potential vulnerability. However, Swiss-franc-denominated mortgage loans have diminished and the government has backed down from a previous proposal to mandatorily convert these loans into zloty. New proposals point to a voluntary mechanism incentivising banks to convert foreign-exchange mortgages over time, significantly reducing potential costs for banks compared with the original proposal.

Despite resilient growth, the Polish economy faces several challenges. While the short-to-medium-term growth outlook remains favourable, Poland’s long-term economic growth prospects are constrained by the expected decline in the working age population and slow productivity growth, underlining the need for increasing labour market participation and a more skilled workforce. Increasing bottlenecks in the form of labour shortages have been compensated for by large inflows of migrant workers out of Ukraine, helping contain wage pressures and inflation. However, the working age population has been falling nonetheless by 1% annually since 2012, creating a steadily rising skilled-labour shortage.

The government is committed to implementing structural reforms to boost productivity, private investment and labour force participation, which would help to increase potential growth and continue Poland’s process of convergence with EU living standards. The government’s Plan for Responsible Growth has identified the low savings rate, low productivity growth, and low labour force participation rate as the main challenges. It is Scope’s view that while some policies, such as lowering the retirement age in response to strengthening demographic headwinds, are not conducive to growth, other measures have been taken which will improve the country’s economic and social prospects, supporting poverty reduction and improving tax collection.

Ongoing political and policy uncertainty is set to continue. More frequent, abrupt regulatory changes are transforming the economic landscape, including some reversals of Poland’s previously strong record of liberalisation, with negative governance effects impacting macroeconomic sustainability. For example, the government has controversially placed judges loyal to the government in Poland’s constitutional court. Under the new regulations, which came into force in April 2018, the retirement age for Supreme Court judges has been cut to 65 years, effectively allowing the government to appoint new candidates. According to current opinion polls, the governing Law and Justice party is likely to perform strongly in the local and parliamentary elections in 2018 and 2019, respectively.

Tensions with the EU over the European Commission’s ‘Rule of Law’ procedure are ongoing. Scope views these tensions and the weakening of the rule of law and judicial independence in Poland with some concern. Although the risk of sanctioning mechanisms has not dissipated, it is Scope’s view, however, that Poland will navigate the current diplomatic disagreements without material negative consequences for the sovereign’s robust economic conditions in the medium- to long-term. However, future investments will largely depend on Poland’s macroeconomic outlook and on maintaining the stability and quality of the institutional framework including a predictable policy and regulatory environment.

Scope’s Core Variable Scorecard (CVS), which is based on the relative rankings of key sovereign credit fundamentals, provides an indicative “A” (“a”) rating range for the Republic of Poland. This indicative rating range can be adjusted by the Qualitative Scorecard (QS), normally by up to three notches depending on the size of relative credit strengths or weaknesses versus peers based on qualitative analysis. For the Republic of Poland, the following relative credit strengths have been identified: i) growth potential of the economy; ii) fiscal policy framework; and iii) market access and funding sources. Relative credit weaknesses are: i) vulnerability to short-term external shocks; and ii) poor recent events and policy decisions. The combined relative credit strengths and weaknesses generate a positive one-notch adjustment and indicate a sovereign rating of A+ for the Republic of Poland. A rating committee has discussed and confirmed these results.

For further details, please see Appendix 2 of the rating report.

The Stable Outlook reflects Scope’s view that rating risks remain balanced. The ratings/outlook could be upgraded if: i) additional structural reforms are implemented, thereby raising the country’s medium-term growth potential; ii) fiscal performance were to improve leading to further declines in public debt; and/or iii) the country’s external balance sheet were further strengthened. Conversely, the ratings/outlook could be downgraded if: i) economic growth slowed down for a protracted period; ii) fiscal slippage resulted in weakening debt sustainability; and/or iii) the political conflicts with the EU escalated, weakening Scope’s governance assessment.

The main points discussed by the rating committee were: i) growth potential of the economy; ii) economic and fiscal policy framework; iii) market access and funding sources; iv) public debt sustainability; v) current account developments; vi) recent events and policy decisions related to the reform of the judicial system; vii) the impact of reductions in the retirement age on the labour market; and viii) peers comparison.

Scope affirms the Republic of Ireland’s credit rating at A+; Outlook Stable