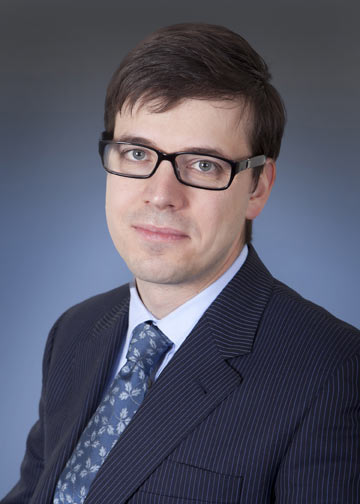 Sberbank of Russia (Sberbank) and Eurasian Development Bank (EDB) have provided a US$1 billion loan to JSC Belaruskali, a potash mining company owned by the Belarusian state and one of the country’s leading businesses. Sberbank also acts as the Arranger, Agent, and Security Agent.

The agreement was signed on 18 November 2011 in Minsk by the President and Chairman of Sberbank Herman Gref, Chairman of Eurasian Development Bank Igor Finogenov, and Chief Executive Director of JSC Belaruskali Valery Kirienko. Prime Minister of the Republic of Belarus Mikhail Myasnikovich, and Ambassador Extraordinary and Plenipotentiary of the Russian Federation in the Republic of Belarus Alexander Surikov were also present at the signing.

Herman Gref, President and Chairman of Sberbank, commented: “This loan is the largest of Sberbank’s transactions ever implemented for a resident of the Republic of Belarus.  It is very important that the BelarusKaliy OJSC, one of the best enterprises of the republic from the point of view of its credit worthiness and financial stability, is a borrower. We believe that the funding will help improve the macroeconomic situation in the country and stimulate additional capital and investment into Belarus.”

Igor Finogenov, Chairman of EDB, added: “We see this project in the context of the Bank’s strategic objectives: supporting sustainable growth, modernization and increasing the competitiveness of Eurasian Development Bank members. In addition, the project has a significant integration effect, since the products of BelarusKaliy are supplied to over 50 countries of the world, including Eurasian Development Bank members.”

International law firm Dewey & LeBoeuf represented Sberbank. Partner Dmitry Gubarev commented: “This is a very important facility for Belaruskali and thereby for Belarus as a whole.  It is hoped that the loan will help to kick-start growth and mitigate the effects of the global financial crisis in the country.  The deal also showcases Sberbank’s leading position in the Eastern European and Central Asian region and we are delighted to have been able to assist with the transaction.”

Belarus has been urgently attempting to address the crisis in its economy during 2011.  Debt and a large trade deficit forced the government to devalue the Belrusian ruble twice during the course of the year.  The country has sought loans from the International Monetary Fund and EurAsEC, the anti-crisis fund operated by the EDB.  EurAsEC has agreed to a US$1.24 billion loan, in two tranches, but the IMF is demanding further economic reform before it will agree to discuss a loan to Belarus.

Sberbank is the largest bank in Russia, holding around 27 % of Russia’s total banking assets and employing nearly 240,000 people. The EDB is an international finance organization established by Russia and Kazakhstan in 2006 to promote the development of Central Asian economies through strategic investments.

Dewey & LeBoeuf has advised Sberbank on a large number of transactions.  The team for this deal was led by Mr. Gubarev in Moscow, working with Partner Bruce Johnston in London.  They were assisted by Associates Neelanjana Atreya and Paul Denham in London and Natalia Mikheeva in Moscow

A GAAR Is Born