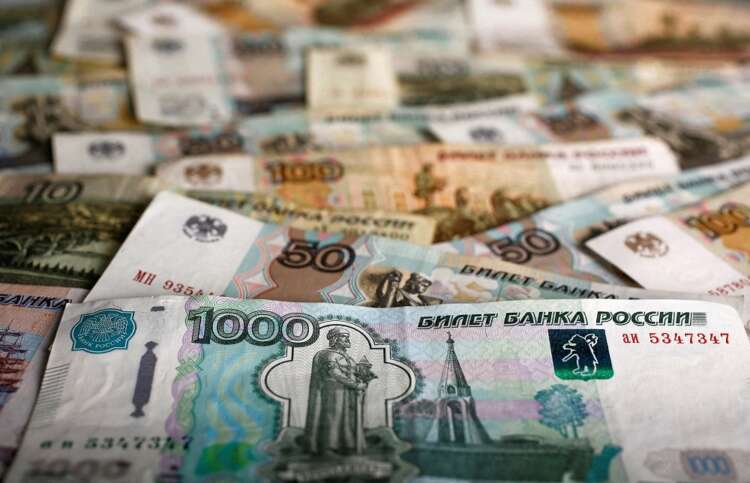 (Reuters) – The Russian rouble stabilised near seven-year peaks on Friday, supported by capital controls and high prices for Russian exports, such as oil and gas, while OFZ government bond prices climbed higher.

The rouble, which has become by far the world’s best-performing http://fingfx.thomsonreuters.com/gfx/rngs/GLOBAL-CURRENCIES-PERFORMANCE/0100301V041/index.html currency this year, is steered by Russia’s high proceeds from commodity exports, a sharp drop in imports and a ban on households withdrawing foreign currency savings.

The strong rouble hammers incomes of export-focused companies and could weigh on the economy as it tips into recession amid harsh sanctions over what Moscow calls a “special military operation” in Ukraine.

In the short term, the rouble could firm to 50 to the dollar or even beyond, said Dmitry Polevoy, head of investment at Locko Invest.

But the strong rouble is beneficial for importers, although they cannot use its full benefits in purchases due to sanctions and logistics disruptions.

But as imports gain pace, particularly thanks to so-called “parallel imports”, the rouble could see some downside pressure.

Russian e-commerce firm Ozon said on Thursday it had started selling goods through a parallel imports mechanism on its platform, benefiting from legislation Russia has brought in to try to limit the impact of Western sanctions.

By the year-end, the rouble could be at around 60-70 to the dollar or stronger compared with levels of 70-80 deemed tby the convernment as optimal, Polevoy said.

On the bond market, yields on 10-year benchmark OFZ bonds, which move inversely with their prices, fell to 8.71%, their lowest since early 2020.

Russian stock indexes were slightly down.

The MOEX index could anchor above the 2,400 level during the day amid a lack of negative financial news, Promsvyazbank analysts said in a note.

Britons, shaken by cost-of-living squeeze, cut back on shopping