Double-materiality is only useful when it is NOT associated with revenues
Our website publishes news, press releases, opinion and advertorials on various financial organizations, products and services which are commissioned from various Companies, Organizations, PR agencies, Bloggers etc. These commissioned articles are commercial in nature. This is not to be considered as financial advice and should be considered only for information purposes. It does not reflect the views or opinion of our website and is not to be considered an endorsement or a recommendation. We cannot guarantee the accuracy or applicability of any information provided with respect to your individual or personal circumstances. Please seek Professional advice from a qualified professional before making any financial decisions. We link to various third-party websites, affiliate sales networks, and to our advertising partners websites. When you view or click on certain links available on our articles, our partners may compensate us for displaying the content to you or make a purchase or fill a form. This will not incur any additional charges to you. To make things simpler for you to identity or distinguish advertised or sponsored articles or links, you may consider all articles or links hosted on our site as a commercial article placement. We will not be responsible for any loss you may suffer as a result of any omission or inaccuracy on the website. 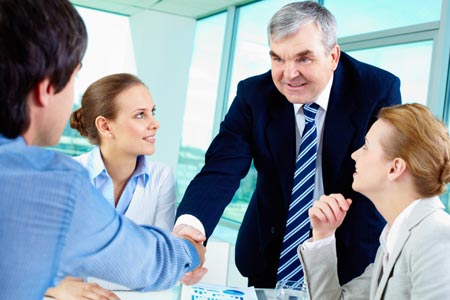 To provide further guidance, MetLife is backing the launch of the Association of British Insurer’s  Pension Dashboard, as research shows many savers are unaware of their options.

Research found 17% of workers saving into a scheme don’t even realise they can transfer a fund from a previous job, while an additional 10% say they don’t know how to do so. Findings further show that another 14% think the process is “complicated and confusing”.

Women are more likely than men to not know about pension transfer options. Around 20% of women compared with 13% of men said they didn’t know they could transfer a scheme into a new employer’s pension plan.

The pattern is the same when it comes to not knowing how to carry out such a transfer, with 12% of women admitting this compared to just 7% of men.

Simon Massey, Wealth Management Director at MetLife UK said: “Over the last few years huge steps have  been made to reduce transfer times which is excellent news for customers and goes some way to tackling the problems of those who may have experienced lengthy transfer delays in the past.

“However there is more to do to improve people’s understanding about their pensions and the options available.  It’s much easier to keep track of one retirement pot rather than numerous smaller ones and anything that makes it easier for people to transfer must be encouraged, and the Pensions Dashboard goes a long way to help achieve this.

“The importance of getting it right first time with pensions cannot be overstated – you only get one chance to build up a retirement pot. People should seek expert advice when it comes to their retirement – it will empower them to remove any obstacles when it comes to pensions transfers.”

MetLife’s Retirement Portfolio, has been specifically designed for pension freedoms providing a choice of income and capital guarantees.

The flexible guaranteed drawdown plan offers the potential for daily lock-ins of investment gains while enabling savers to start, stop and restart their income to suit their personal needs. Customers can choose from a range of investments to build a personalised retirement plan suited to the levels of risk they are willing to take while having the choice of a valuable guaranteed level of income for life or a guaranteed capital sum at retirement.

WHAT DOES THE BANK OF ENGLAND INTEREST RATE CUT MEAN FOR YOU?