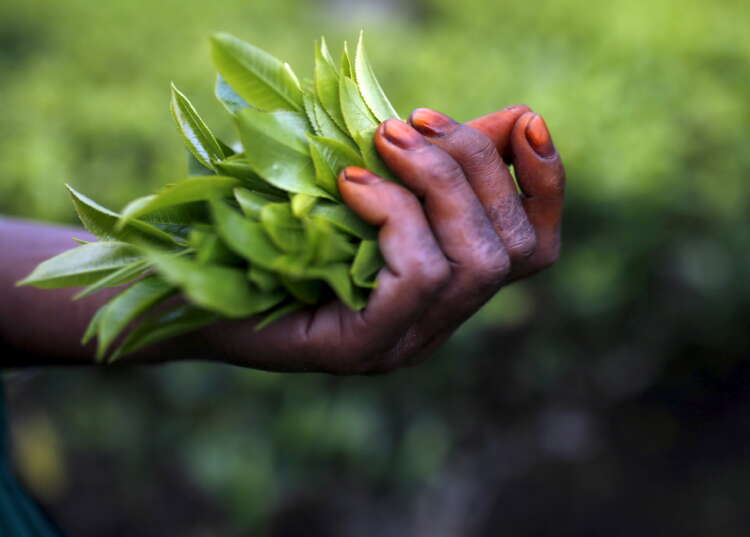 CHENNAI, India (Thomson Reuters Foundation) – When Indian tea plantation worker Bholanath Natto and his wife tested positive for COVID-19 their biggest worry was not their health, but where they would quarantine and how they could get hold of food and drinking water without his wages.

As some of the cities worst hit by India’s COVID-19 crisis see a lull in new cases, infections are rising among millions of tea pickers – many of whom live in cramped living quarters where measures to curb the virus’s spread are difficult to implement.

The positive test result and hospital orders to quarantine have been a logistical nightmare for the Nattos, who have spent the last 15 days holed up in a wood shed behind the two-room plantation house they share with their children.

“We converted a shed where we stored wood in case our cooking gas ran out into a makeshift room for my wife and me to live in isolation,” Natto, 55, told the Thomson Reuters Foundation from his home in West Bengal state.

“My teenage daughter stepped into the kitchen for the first time to cook, while her older brother tried to arrange drinking water for us. Nobody wanted to help us because everyone is scared. We are home alone, with food running out.”

India reported its lowest daily rise in new infections since April 11 on Monday, but concerns have been voiced about rising numbers in the country’s east and northeastern regions, home to lush tea gardens that supply much of the world’s tea.

Since the pandemic began, India has reported 28 million cases and 329,100 deaths, health ministry data showed, though the true figures are widely believed to be much higher.

In West Bengal, more than 4,500 cases have been recorded across 300 of the state’s 800 tea gardens, according to government data.

Cases in the tea gardens of neighbouring Assam have risen three-fold in the last 10 days, with more than 6,000 workers and family members testing positive, local media reported.

“There are no facilities – no isolation centres, no doctors in defunct dispensaries – leaving workers to battle the disease alone. Fever cases are up, those testing positive are stuck at home with their families and simply resigned to fate,” he added.

India is the world’s second-largest tea producer and the industry has long faced accusations of exploitative labour conditions – from long working hours and low pay to poor healthcare facilities and bad housing.

Labour rights campaigners said such issues could make the tea plantations and the often-remote settlements where tea workers live particularly vulnerable to COVID-19.

“The gardens are like isolated islands, each supposed to have all facilities for its workers who live on site. But in reality they are islands of neglect,” Mazumdar said.

Tea industry group the Indian Tea Association said it was pushing for plantations to ensure on-site vaccination for all workers and their families.

“We are not just concerned but fully involved with the district authorities to keep tea garden workers safe,” said Arijit Raha, the association’s secretary general.

“There are customised guidelines for tea gardens and we are ensuring our members follow them. Fever checks, masks, sanitisation and COVID care centres are a must. We have managed to keep the infected numbers low, but the challenge remains.”

But deep in the heart of the gardens, where ongoing tea picking season means non-stop work, workers said they had no access to separate quarantine facilities and were constantly worried they would spread the infection to their families.

“There are up to three generations living in these two-room, often dilapidated homes, with one bathroom to share” said Victor Basu, founder of Dooars Jagron, a charity working to defend tea workers’ rights.

“It’s a recipe for disaster. Tea garden hospitals need to be made functional and if safe spaces for isolation are not created, the pandemic will spread like wild fire,” he added.

In Banarhat in West Bengal’s Jalpaiguri district, Gangaram Teli, who works as a security guard, has been watching with trepidation as coronavirus cases in his tea garden rise.

“For affected families, accessing the water point or buying groceries is very stressful. The disease is such that neighbours hesitate to help. But some of us have been pooling money to ensure the sick families get what they need.”

While Natto’s fever has passed, the last few days of the couple’s three-week confinement have been particularly fraught because their savings have dried up.

“I feel fine but cannot step out for another few days,” said Natto, who earns about 7,000 Indian rupees ($96) per month and only gets four days of paid sick leave.

“We need food in the house and I need to recharge my phone, which is the only way I can access a doctor or any help. I have to go back to work.”

(Reporting by Anuradha Nagaraj @AnuraNagaraj; Editing by Helen Popper. Please credit the Thomson Reuters Foundation, the charitable arm of Thomson Reuters, that covers the lives of people around the world who struggle to live freely or fairly. Visit http://news.trust.org)