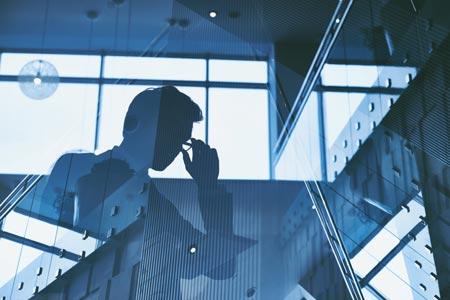 ‘Realpolitik’, a system of politics or principles based on practical rather than moral or ideological considerations, describes how Donald Trump might go about his presidency. It seems that you need to be one sort of character to win the election, but something quite different to carry out the term of office, and Trump himself must recognise that. Even though the Republicans hold sway across all facets of the legislature, there are plenty of fiscal conservatives within the party to hold him to account, as well as the fact that the Senate is sufficiently balanced to allow a Democrat filibuster to halt the progress of bills through the Upper House.

We appear to be going through a period where electorates are voting “against” rather than “for”. The list of targets includes immigration, globalisation, “the elites”, big government, big banks and central banks. Americans seem to be getting fed up with congressional log-jams, and a recent study showed that elected legislators are voting along party lines more than at any time in the past. Whisper it quietly, but perhaps part of the election message is that some sort of bi-partisan rapprochement would be welcomed. That ball is now very much in the Democrats’ court, although Trump himself will have to row back on some of his more extreme campaign promises, and it will be interesting to see how that goes down with his own supporters.

Trump’s victory seems to have opened the door for fiscal stimulus, and that is what markets are betting on – more growth, more inflation and higher interest rates (mainly in the US) are the call. Bond markets have taken a battering and there was big rotation out of safe, steady dividend payers and growth stocks into financials, industrials and commodity stocks, a “regime change” for markets. We have seen the pressure building up to this and made some earlier adjustments such as increasing the Banks’ weighting, reducing Staples and Gilts.  The next thing to consider is how much further this trend can go.

History shows that we could see a lot more of this shift, and that might be exacerbated by the fact that much of the investment industry is not positioned for it. Retail investors, in particular, have been piling into bond and quality/growth equity funds this year, exactly the funds that are being worst hit now. For the moment our assessment is that flows will continue, broadly, out of “Growth” into “Value”. This in itself is not without risk. Much depends on Trump’s ability to pass the right bills and obtain funding. Valuation will also come to bear at some point, although we fear that in the shorter term much of today’s trading, based as it is on correlations and algorithms, pays little heed to such an important factor. And then there are the secular constraints of weak Western population growth and technological disruption to deal with, as well as legacy piles of debt, factors which might yet overwhelm the best laid fiscal plans, much as they have neutered monetary policy when it comes to stimulating growth. It’s still not time to go “all in”.

UK TREASURY INTERPRETATION OF ARTICLE 36 OF PSD2 – A WELCOME SURPRISE?