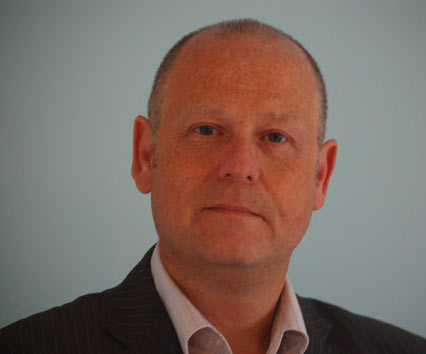 One of the major impacts of the FSA’s Retail Distribution Review will be the merger and acquisition of smaller regional wealth management firms and IFAs. In addition to the operational risk that these mergers will cause and the potential for increased regulatory breaches, wealth managers will also experience an increase in the complexity of regulatory reporting and monitoring required. RDR will result in wealth management being firmly in the regulators’ focus, resulting in more inspections. Is the wealth management industry prepared to comply – to quickly demonstrate to the regulators that they are on top of the issues? By Chris Kaye, CEO co-comply

‘Grow to survive’ is the message that has been touted ever since the Retail Distribution Review was first mentioned. In a future world of declining revenue and increased operating costs, smaller firms will need to sell and banks, desperate to improve their prudential base, will ditch these businesses as margins decline. And firms have listened! In the last two years the newswires have been buzzing with stories of wealth managers acquiring competitors and IFAs, from Close Brothers acquisitions to BNP Paribas ditching its wealth management arm to Williams de Broe, there appears to be no end in sight to the changing marketplace as the deadline gets ever closer.

At a time when the regulatory bodies are seeking to improve the image and trust in the industry through initiatives such as the Retail Distribution Review, all of this change will be setting off alarm bells and these firms will now be very much in their sight.

This is already a busy time for the Compliance departments of these firms. Stretched by the regulatory impact of the Retail Distribution Review on the existing operating and business model, they have to also integrate and adapt multiple compliance teams and control frameworks resulting from the firm’s voracious acquisition trail. The impact will be pervasive and will stretch to breaking point compliance controls that have been built up over the years and implemented in a light touch way. Compliance controls that would have previously been seen as “back-office” are now very much front-line as the regulators drive down their message that compliance must be central to all of this corporate activity, and be fully represented on the main decision boards.

Let’s look at just a few of the Compliance obligations and controls, and the impact acquisitions will have on them:

Regulatory Filings
How many firms will have considered this as a major impact when putting together their plans and budgets? Many Compliance teams prior to all of this business activity would have probably struggled to document the filings the firm had to make, as trust would have been built-up over time that the supporting departments (finance, legal), were on top of their obligations and anyway, there are more important things to worry about. But suddenly the number of entity level filings has exploded. The firm now has multiple finance and compliance departments who are all trying to integrate at the same time as legal entities are coming and going. Can the oversight Compliance must exercise now be left to trust? How will they build that picture of the filing obligation universe and how will they evidence to regulators that it is happening!

Monitoring and Testing
One only has to read the industry briefings about the future shape of the Financial Conduct Authority to know that independent compliance monitoring and testing will remain central to their plans. The principles and guidance around monitoring and testing refer to an approach that is appropriate to the regulatory risk faced by the firm. It does not take much imagination to conjure up a picture of the changing risk profile of these firms as they transition from pre-acquisition to tomorrow’s integrated business. As the risk profile increases, so will the demands on the Compliance team to oversee an integrated and effective monitoring programme. A programme that operates across all of the new business entities is often made worse by the demands from the bank’s central compliance function who themselves want to evidence their oversight and control. Will acquisition budgets provide for this increased monitoring activity, will the compliance departments be able to centrally evidence the robustness of the approach?

It is common knowledge that the greatest challenge to any acquisition is the people. Inevitably reporting lines change, roles change, processes and procedures change. This is difficult enough in a non-regulated or light touch environment, but in retail facing financial services firms the risk this presents is enormous. Whilst integration is happening, more than ever the firms will need to rely on the “old guard” who just know how things work. This is particularly important when processes and procedures are poorly documented or locked into the head of specific individuals. If these people leave then the ability of the firm to maintain an effective compliance framework during the transition will diminish, just at a time when the regulator comes knocking.

Is merger uncertainty forcing exchanges to rethink their approach to IT?

BREAKING UP IS HARD TO DO – ADVICE TO COMMERCIAL TENANTS