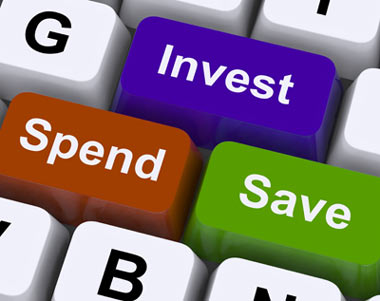 RateSetter – one of the founders of the pioneering peer-to-peer sector in the UK – will expand its operations to Aussie shores in 2014 as the stepping stone to further launches in Asia.

It is also exploring launches in association with financial services partners closer to home in Europe.

Building on its UK success, in which it helped to create the Peer-to-Peer Finance Association, RateSetter has secured investment of $3m from local and international investors to kick-start its offering from its Sydney offices.

Headed by Daniel Foggo, a former banker with Barclays Capital and NM Rothschild in Sydney and London respectively, the company will be the only Australian P2P company offering market-beating savings rates to individuals who lend funds on its platform and accessible loan rates to everyday borrowers who are tired of banks’ hidden fees and profiteering.

RateSetter will go live in Australia this summer. It will be the first P2P lender in Australia to be fully regulated from the outset, allowing all Australians to participate on its award-winning platform, not just professional investors.

RateSetter was also the first P2P lender to launch a ‘Provision Fund’ – the largest in the UK at £3.8m – to help protect savers’ funds in the event of a borrower default.  Many other platforms have followed but none can match RateSetter’s track record: every one of its 11,000+ savers has received every penny of capital and interest owed to them in the last three-and-a-half years since its launch. In March 2014, RateSetter also received the largest monthly inflows in the UK P2P sector.

Rhydian Lewis, founder and CEO of RateSetter, said: “When looking at international markets in which to expand, Australia was the obvious choice as it bears great similarity to the UK before the advent of P2P lending. Its saving and loans industry is ripe for disruption as banks have been offering below-par deals for too long with little true competition.”

“We have decided to focus on strategic growth markets such as Australia, which is a natural stepping stone to the huge opportunity in Asia. Targets closer to home on mainland Europe will not be overlooked, however, and initiatives there are already in train.”

“We want to empower savvy savers and borrowers by putting them in control of their finances through a simple, fair and flexible method of saving and borrowing. We hope they will follow in the footsteps of thousands of UK customers who have realised there is no need to take crumbs from the table of the banking industry when you can have your cake and eat it!”

Daniel Foggo, Chief Executive of RateSetter Australia, added: ‘“I worked in banks in the UK and Australia for over a decade and knew there had to be a better way to provide customers with a better rate and a better experience. When I met RateSetter, it was clear that is what they were doing and that Australia would be the perfect market for them to expand their international footprint. This offering will be extremely popular with everyday savers and borrowers, who are crying out for the advances seen in the UK P2P market.”

RateSetter’s unique approach has led to widespread industry and customer accolades in the UK, with the company winning MoneyNet’s 2014 award for Best Peer-to-Peer Savings Provider, Credit Today’s 2013 award for Alternative Lender of the Year and most importantly Moneywise’s 2013 customer voted award for ‘UK’s Most Trusted Loan Provider’. RateSetter is also the most highly rated personal loan provider in the UK according to ReviewCentre.com, the leading independent UK consumer review site, with 99% of 619 customers saying they would recommend RateSetter to others – the highest of any financial service provider.

OMBS OBLIVIOUS TO BENEFITS OF THE GOVERNMENT’S NEW EMPLOYMENT ALLOWANCE

TAX CONSCIOUSNESS AND TRUST IN INTERNATIONAL TAX PLANNING: THE SUBSTANCE OF THE MATTER