Bonds rally after inflation shows signs of cooling in Spain and Germany
Our website publishes news, press releases, opinion and advertorials on various financial organizations, products and services which are commissioned from various Companies, Organizations, PR agencies, Bloggers etc. These commissioned articles are commercial in nature. This is not to be considered as financial advice and should be considered only for information purposes. It does not reflect the views or opinion of our website and is not to be considered an endorsement or a recommendation. We cannot guarantee the accuracy or applicability of any information provided with respect to your individual or personal circumstances. Please seek Professional advice from a qualified professional before making any financial decisions. We link to various third-party websites, affiliate sales networks, and to our advertising partners websites. When you view or click on certain links available on our articles, our partners may compensate us for displaying the content to you or make a purchase or fill a form. This will not incur any additional charges to you. To make things simpler for you to identity or distinguish advertised or sponsored articles or links, you may consider all articles or links hosted on our site as a commercial article placement. We will not be responsible for any loss you may suffer as a result of any omission or inaccuracy on the website.

“We acknowledge that that this article first appeared on Bermuda:RE+ILS.”

In September a 5.8 magnitude earthquake shook Istanbul, triggering the evacuation of schools and public buildings and damaging buildings. The same week, a 5.8 magnitude event killed 38 people and caused massive damage to infrastructure and roads in north-eastern Pakistan. 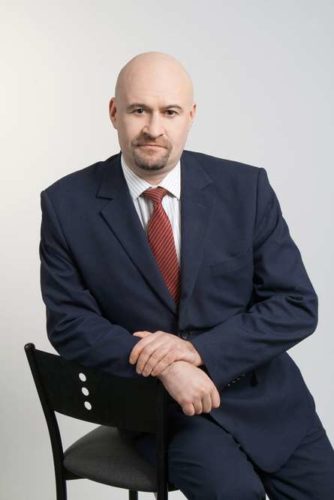 For Turkey it represented a stark reminder of how bad these events can be. In 1999, a 7.4 magnitude earthquake in the western part of the country killed more than 17,000 people.

For Kirill Savrassov, chief executive of Bermuda-based Phoenix CRetro, such events serve as a reminder of the potentially important role that insurance-linked securities (ILS) based on parametric triggers could play in the region to help cover some of the growing risks in Eastern Europe and Western areas of Asia.

Savrassov stresses that for a range of historic reasons insurance penetration remains very low in the various countries of the former Soviet Union, in Turkey and in parts of former Yugoslavia. Those areas are also very vulnerable to earthquakes, such as the ones that have devastated Armenia and Tashkent in the past 50 years.

Savrassov says the Turkey earthquake illustrates Turkey’s strategic importance as part of Eurasia, an area with a long history of various natural disasters, although earthquakes have probably been the most significant.

Devastating events in the region include Almaty (1911), Ashgabat (1948), Tashkent (1966), Spitak (1988)—all earthquakes that almost totally ruined the respective cities. On top of these, severe flooding in the Balkans in 2014 and 2016 caused tremendous damage and disruption to several of the region’s economies.

“Turkey was always positioned as the ‘bridge’ between Europe and Asia; now, with the Belt and Road Initiative (BRI), this concept can go further to the entire region between mainland China and the EU,” Savrassov says.

“With the BRI and key transport corridors passing through countries of the Commonwealth of Independent States and the Western Balkans the threat of devastating natural disasters and earthquake in particular takes on new dimensions.

“This is especially true if investment is made in infrastructure to further open up key transport corridors, but these are located in some of the most earthquake-exposed territories of Eurasia—if not the world.”

The investment being poured into the region by the Chinese government via the BRI is designed to expand its economic footprint and to recreate the ancient Silk Road that linked Europe to Asia.

This requires the creation of infrastructure such as roads, railways, bridges and warehouses, as well as the living quarters for local workers. All of this would be very vulnerable to a major earthquake, not to mention the losses that could be caused by business interruption costs.

“Private markets have the solution to this in the form of parametric cat bonds,” says Savrassov.

“This is a classic win-win partnership and it’s very much the future of the development of the ILS class. It’s in the interest not just of investors or ILS fund managers, but in the interest of international agencies and financial institutions such as the UN Development Programme and the Asian Development Bank, as well as the
general area.

“To give an example of the scale of the vulnerability, the BRI has not yet been completed but 10,000-plus trains a year already pass through railways from China to Europe.

“The amount of disruption from an earthquake in Kazakhstan or Uzbekistan could be economically catastrophic,” he says.

Savrassov iterates that with investments of billions of dollars being poured into critical infrastructure, the BRI is seen by transit countries as an important opportunity to expand their international trade and gain a boost to their economies.

“However, the issue of protection in case of a large disaster remains open and burdened by some regional specifics. In underdeveloped markets where penetration is less than 2 percent and there is state ownership of—and responsibility for—critical infrastructure, insurance does not play any meaningful role in case of a really devastating event.

“This raises a question about post-disaster finance arrangements,” he says. “It relates to potential contingent business interruption losses, whereby an earthquake in Kazakhstan or Uzbekistan may stop the whole corridor operating for a significant amount of time, with consequences to the whole BRI project.

“If there is to be a solution that benefits everyone, it is likely that it will have to be organised by the governments, whether on a sovereign or sub-sovereign level in the form of disaster risk transfer. Ideally it will combine all the best practices developed in other parts of the world.”

Savrassov says that over the last two decades, financial markets, governments, and the development community have introduced important innovations in disaster risk finance, giving rise to a collection of funding sources after disasters such as national or regional pooling schemes, contingent credit lines, parametric disaster risk insurance, catastrophe bonds and other ILS techniques.

With the fragmentation of countries and geographies based on their strategic foreign policy making the creation of regional schemes such as the Caribbean Catastrophe Risk Insurance Facility or the African Risk Capacity risk pools difficult, and low sovereign credit ratings making it tough to raise funds, the transfer of peak risks to capital markets in the form of parametric sovereign catastrophe bonds seems to be the most viable option in the region.

Savrassov explains that this is especially true following successful examples in Latin America, Caribbean states and Africa where such bonds appeared to prove the concept. Using simple, transparent and well-defined trigger mechanisms, investors have become comfortable and there have been several payouts in recent years.

“A government considering such type of disaster risk transfer will obtain certainty around budgetary planning and fast capital deployment after the event if it is triggered by pre-defined parameters,” he says.

Savrassov adds that if the Chinese were to invest in such bonds, this would ensure a stable form of protection from a country with a vested interest in protecting the region—avoiding complicated and not always available insurance solutions.

“One important message to deliver is that issuance of sovereign cat bonds is not rocket science,” he says.

“Any country that has ever issued, say, Eurobonds could quickly get to the same point with catastrophe bonds in terms of legal preparedness.”

Two other important factors that could aid the emergence of the first sovereign cat bonds are the diversification ILS bonds offer investors and Singapore’s recent endeavours in ILS whereby it is offering issuers incentives in the form of a grant scheme to use it as a domicile for ILS deals.

ILS investors see the asset class as uncorrelated from their other investments, but they are increasingly over-concentrated towards North American exposures.

“There is no doubt that diversification into a new territory, especially one yet unexplored, would attract a big interest,” Savrassov says.

“This is obviously subject to transparent and compliant structuring, based on the lessons learned in other parts of the world over the last decade.”

Singapore is moving towards becoming the ILS centre in Asia. It has already completed issuances for IAG, Security First and Safepoint and Savrassov notes that some of those bonds cover perils outside Asia.

Cat bonds can be a good instrument for development banks in their wish to support developing countries and the increase of disaster resilience in the region, he notes.

“In addition, the use of cat bonds for disaster risk transfer solves a fundamental problem of addressing the protection gap.

“Based on the aforesaid let us assume that the combination of various factors together with the question of general macroeconomic stability of the entire BRI brings a unique opportunity for the introduction of a sovereign or sub-sovereign parametric catastrophe bonds solutions for the whole region between Europe and China,” he concludes.

Policy in the era of digital trade: barriers and drivers