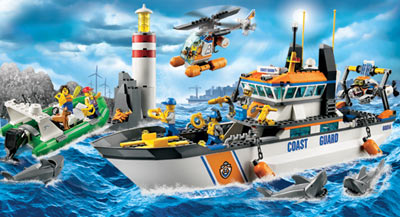 A successful launch of LEGO® Legends of ChimaTM, continued success for LEGO Friends and strong performance from classic lines, such as LEGO City, contributed to a very satisfactory annual result for the LEGO Group. 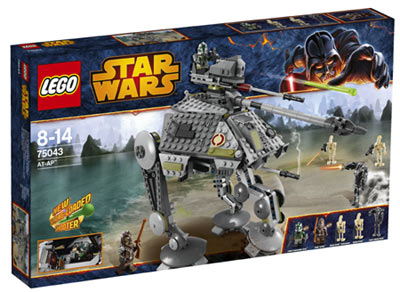 “In 2013 we increased our sales by 11%, outperforming the general toy market, which is a very satisfactory result. In less than 10 years, we have now more than quadrupled our revenue,” says Jørgen Vig Knudstorp, President and CEO of the LEGO Group, adding:

“Continually developing and innovating our consumer offering is a key to our success, and in 2013 we successfully developed and launched products that children put high on their wish list all over the world”.

The LEGO Group reporting currency is DKK. The conversion from DKK to USD/EUR is a non-official unaudited, calendar-based calculation using an annual average currency rate (however conversion of net cash generated from operating activities is based on year-end currency rate) in 2013 and 2012 respectively.

A Successful Launch Of LEGO

The revenue growth was achieved in a global toy market that declined slightly in value in 2013.  North America saw a decrease in 2013, whereas European markets were flat but with very varying developments. In Asia, the Japanese market continued its decline, while the emerging Chinese market saw growth.

However, the LEGO Group achieved sales growth in all major markets. While the large US, UK and Central and Northern European markets had healthy single digit growth rates, most other markets saw double digit sales growth.  Especially in Asia, which is still a relatively small market for the LEGO Group, the sales growth was very strong.

“We remain ambitious and expect to continue to grow our market share. We will do so by expanding our global presence – but also through a continued focus on developing and innovating our product offering so that we remain relevant to children all over the world”, he says.

Among the top selling lines in 2013 were core themes like LEGO® City, LEGO® Star Wars™ and LEGO DUPLO.

LEGO Friends, launched in 2012, and LEGO Legends of Chima, the big theme entering the market at the beginning of 2013, were also among the top selling lines.

“We are very satisfied with the growth of LEGO Friends in its second year on the market and we look forward to expanding the theme in the coming years. In addition, we have successfully established the theme LEGO Legends of Chima as a major line, and we will further develop this story and the products in 2014,” says Mads Nipper, Executive Vice president and CMO of the LEGO Group, adding:

“LEGO Legends of Chima is a rich and engaging universe that children can explore in many ways. Not only by building and playing with LEGO sets, but also in the digital world using apps, exploring content on LEGO.com, via videos and online games. The theme is a great example of how we bridge physical and digital play.”

During 2013 the LEGO Group increased its extensive investments in production capacity across the globe to more than DKK 2.6 billion [USD 489 million, EUR 354 million].

“We have made a strategic decision to build our capabilities globally, both when it comes to employees and production facilities. We need to invest globally in order to deliver on our ambition of making LEGO play relevant to even more children around the world,” says John Goodwin, Executive Vice President and CFO of the LEGO Group.

As a result of the ambitious expansion strategy, major capacity investments took place in 2013. In Mexico and the Czech Republic current factories were expanded, while the construction of a brand new LEGO factory in Hungary is nearly completed. The construction of a LEGO factory in Jiaxing, China has just begun. When the factory opens in 2016, it will supply the growing Asian market with LEGO products.

“It is our strategy to fully control the production process in order to secure that we deliver products that are safe for consumers and of consistent high quality, and we are proud to report that in 2013 the LEGO Group once again reached our target of zero product recalls. Our constant focus on quality and safety wherever we operate also means that our new factories in China and Hungary will run with the same technology, automation and standards for employee safety and product quality as any other LEGO factory,” says Bali Padda, LEGO Group Executive Vice President and COO.

In addition to the physical capacity building mentioned above, 2013 was a year of employee capacity and capability building in areas such as Production, Engineering, Sales and R&D, to equip the LEGO Group for future growth. This resulted in welcoming a significant number of new employees during the year, increasing the average number of full-time employees by 1,355 to 11,755, one of the largest annual employee increases in the company’s history.

In 2013 the LEGO Group also reinforced its commitment to globalising the company by announcing its intention to grow a number of major regional sites. Headquarters will remain in Denmark, and in order to attract a more diverse global work force focus will be put on building presence in London, Singapore and Shanghai as well as at the present LEGO premises in Connecticut,USA.