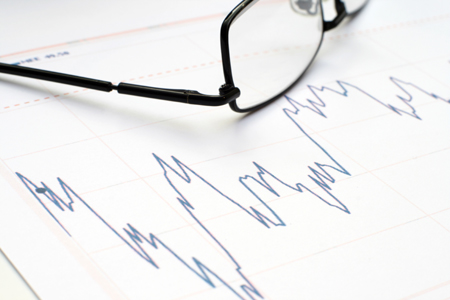 The British pound and the Euro can be expected to reclaim gains on the Greenback thanks to the Federal Reserve’s dovish tone on Wednesday, but the outlook for these and other currencies, remains volatile throughout 2016.

Rates were raised by a quarter of a percentage point last month, which was the first hike in nearly a decade.

Mr Stanton explains: “Whereas there was near-certainty in the market that further rate hikes would follow as a matter of course, most analysts on Wednesday admitted to being uncertain just how much further the Fed will raise rates in the current cycle.  This uncertainty is likely to feed into increased volatility on the FX market.

“Economic weakness in China, a series of disappointing U.S. data, falling energy prices, and stock market volatility since the beginning of the year, have all prompted the Fed to adopt a more dovish tone.

“The rate remains the same at between 0.25 per cent and 0.50 per cent for the time being.  However, there does appear to still be a commitment by the Fed to an agenda of gradually raising rates this year. Looking ahead, we do not know the extent to which the Fed’s desire to ‘normalise’ interest rates will be allowed to triumph over a weakening in American and global animal spirits.”

He continues: “Closer ahead, and in response to the Fed’s announcement, it can be expected that the U.S. dollar will weaken, with the British pound, the Euro and the Yen, amongst other currencies, making gains on the Greenback.  The dollar rose when the Federal Reserve raised the interest rate in December as the markets increased their confidence in the U.S. economy.

“It is likely that support will now be found for the Dollar against the Pound at 1.44, however a breach of this level could see highs of 1.45.  Dollar support against the Euro will be found at 1.09, with a breach of this level seeing highs above 1.10. And the Yen, which has been surprisingly strong this year, looks set to rise further. This partly explains the particularly poor performance of the Japanese stock market in January.

“However, with the Fed seemingly only delaying further rises and not cancelling the prospect of future hikes, and with other external factors such as a possible disruptive ‘Brexit’, the outlook for the Pound, Euro and Yen against the USD remains volatile throughout 2016.”

Mr Stanton goes on to say: “This volatility arising from the increased tension surrounding global markets and indices is creating numerous important buying and selling opportunities.  I would urge investors to keep a keen eye on the markets and look for key spikes and key resistance levels.”