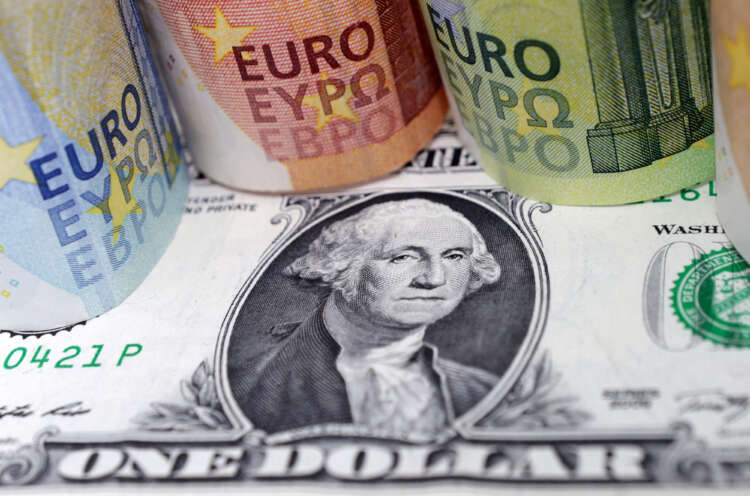 LONDON (Reuters) – Global shares edged higher on Thursday as investors bet on the pace of interest rate hikes slowing after data pointed to inflation peaking, leaving the dollar struggling after its biggest fall in five months.

Oil prices languished below $100 a barrel in search of direction, while better-than-expected earnings from Zurich lifted the insurer’s shares.

Figures on Wednesday showed that U.S. consumer prices were unchanged in July compared with June, a two-year rise in inflation stopped in its tracks by a drop in gasoline prices.

Investors now turn to U.S. producer prices data, along with the latest jobless claims numbers, ahead of Wall Street’s open.

“Markets are getting ahead of themselves, and really it’s not just about the fact that inflation has peaked but how far can it fall given the current environment,” Hewson said.

“If you look at the problems that are still playing out across Europe with supply chains and gas prices, all it means is that prices will settle at a much higher mean rather than going back to 2%,” Hewson said.

The weaker-than-expected U.S. consumer prices lifted Wall Street, with the momentum rippling through Asian exchanges and into Europe in early trading.

The World Federation of Exchanges said $18 trillion has been wiped off global markets in the first half of 2022, a 15% drop in stock market capitalisation, as the global economy tries to recover from COVID-19 and deal with fallout from war in Ukraine.

The euro and Japanese yen gained after the U.S. inflation data sent the dollar tumbling.

“We think a Fed doing battle with higher core inflation will keep the dollar supported on dips – especially against the euro and yen,” ING said in a note. 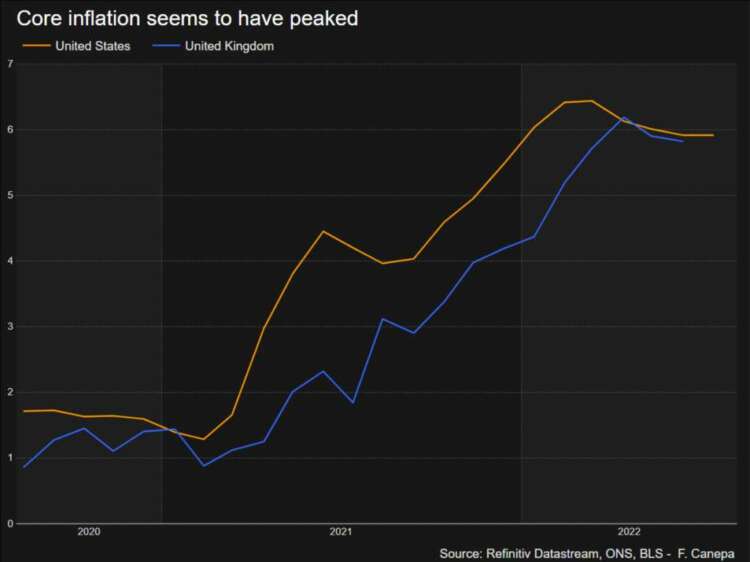 Overnight on Wall Street, the S&P 500 rose more than 2%, while the Nasdaq Composite added 2.9%. The Nasdaq has now gained more than 20% from its June low.

“Rising real yields, due to the Fed’s commitment to fighting inflation, have been an enormous problem for valuations in 2022, so any dovishness is seen as positive by the stock market, particularly for the highest valued companies,” said Oliver Blackbourn, multi-asset portfolio manager at Janus Henderson Investors.

“However, the potentially more dovish outlook undermined a key support for the U.S. dollar.”

U.S. policymakers left no doubt they would continue to tighten monetary policy until price pressures were fully broken.

San Francisco Fed President Mary Daly, in an interview with the Financial Times, warned it is far too early for the U.S. central bank to declare victory in its fight against inflation and a half-percentage point rate rise in September was her baseline.

Spot gold eased 0.3% to $1,787 per ounce, pulling further away from a one-month high hit in the previous session. [GOL/]

MSCI’s broadest index of Asia-Pacific shares outside Japan surged 1.4% to the highest in six weeks, buoyed by a 1.8% jump in Hong Kong, a 1.2% advance in South Korean shares and a 1.5% gain in China’s blue chips.