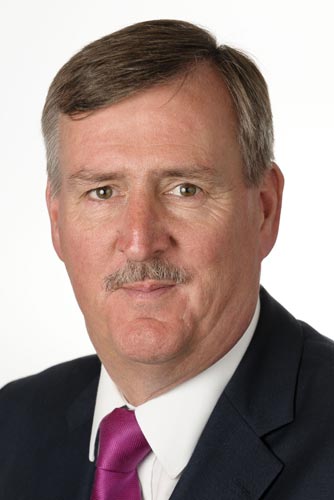 The payday lending sector has grown significantly in the last few years, perhaps as a direct result of the increased pressure on household incomes, in combination with greater caution by traditional lenders to extend new credit.  Estimates currently put the market at being worth over £1.5bn, although there are no official figures. Volume of loans is probably around 5 million per year, averaging circa £300 per loan and involving maybe 1.5 – 2 million customers. And typical of a rapidly growing sector, there are a plethora of providers – perhaps as many as 200 brands offering payday loans generally for 7– 41 days in duration.

It is believed that the UK customer profile of payday loan borrowers is biased towards younger, male, and non-home owners, with bank accounts, in employment, but earning less than the national average, although generally it seems they are not credit-impaired.   And, as the name suggests, this form of credit is mostly used to cover short-term cash constraints, unexpected financial demands, and emergencies.

Overall, we believe payday loans are not used as substitute for long term borrowing, but more a means of avoiding (unauthorised) overdrafts and failed Debit Card transactions.  However, there have been recent reports that have suggested there is a growing use of payday loans for day to day living and clearly this isn’t what they are designed for.

As a result, currently there is much debate about the ethics of payday loans and certainly considerable UK media and regulatory attention.  Indeed, earlier this year the Office of Fair Trading announced plans to investigate the payday loan industry. This was combined with a report on the sector published by the Business, Innovation and Skills Committee which stated that credit checking is a key factor in ensuring appropriate lending to consumers.

One particular point that was highlighted by the BIS committee was a concern that not all payday loan providers are recording all their transactions for the purposes of sharing that data with other lenders so that consumers’ credit histories can be accurately monitored and assessed.  In response to this, the payday lending sector committed to wider data sharing from July this year.   But what does this mean for traditional credit providers?

Giving financially excluded consumers access to the mainstream financial marketplace is, I believe, a key benefit that payday loan providers can deliver. But, to achieve that goal, these alternative lenders need to view data sharing as a positive act. Equifax has therefore created a team focused on working with lenders in the sector to improve their understanding of the benefits.

However, we also recognise the need to help the traditional lenders understand the benefits of data sharing by and with the payday lenders.

Full data sharing with all three UK credit bureaux is already subscribed to by numerous consumer lenders, from traditional credit providers to telecommunications companies and utilities.  But now we believe that data sharing needs to go wider and this will play a vital role in helping traditional lenders adhere to government regulation to fully assess consumer affordability and indebtedness. Equally, we believe it can play a vital part in stimulating the UK economy.

There is no doubt that the continuing pressure on family finances means more individuals are suffering from financial hardship. Job loss or reduced income through pay freezes will result in some falling behind on payments, which will then be reflected on their credit file. However, it is also likely that many will address these difficulties relatively quickly, making them a reasonably good risk for lenders in the future.

But the challenge facing the credit industry is that any history of non payments will hamper future lending decisions. Clearly no lender wants to extend credit without having the confidence that an individual will be able to make repayments. However, the extraordinary circumstances of the last few years strongly suggest that other forms of data should be made available to enable lenders to effectively differentiate between the individuals that ‘couldn’t pay but can now’ and those that ‘will never pay’.

There are a number of extremely relevant untapped sources. For example, consider the wealth of information stored in non-consented portions of credit portfolios (c40m accounts), and performance data from water, electricity and gas utility suppliers. Not all of these sets of data are currently included on credit files, but every credit manager would agree that if they were included they would certainly be very useful in determining an individual’s ability to manage their finances by creating a more complete picture of their indebtedness.

The data on payment performance by payday loan borrowers would also add immense value to the decision making process of traditional lenders. But currently not all payday lenders are sharing their borrower data and there is a risk this will perpetuate the situation of consumers being financially excluded due to any good repayment history they have achieved on payday loans not being demonstrated to all lenders.

At Equifax we firmly believe that an inclusive attitude to data sharing needs to be cultivated.  Payday lenders will be able to more thoroughly check that they are not lending irresponsibly to people who have multiple loans and are rolling over debt. As importantly, by that data becoming available to other lenders, this will help to rehabilitate the credit records of higher risk borrowers who repay their payday loans on time.  And if alternative lenders can be seen to be assisting in financial inclusion, that has to be good news for all.

Is Shanghai aiming to become a global financial hub?

HOW TO KNOW YOUR CREDIT IS BAD? EVEN IF IT IS, DON’T WORRY TOO MUCH