OXFORD ACADEMICS REINFORCE CALLS FOR BANKERS TO BE LICENSED 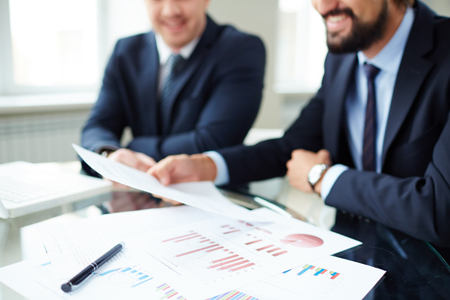 Academics from Saïd Business School, University of Oxford, have reinforced calls for the creation of a professional licensing body for bankers in order to maintain high standards of conduct and guard against the development of dysfunctional cultures within the sector. They also come down in favour of the adoption of a system of ‘performance bonds’, which deduct bank fines from a deferred compensation pool rather than from shareholder funds.

‘Policy-makers and regulators have devoted most of their reforming energy since the financial crisis to improving formal rules in areas such as bank capitalisation and liquidity levels,’ said Alan Morrison, Professor of Law and Finance at Oxford Saïd. ‘But, especially in the light of the LIBOR and Forex fixing scandals, it is increasingly clear that more has to be done to address the problems of culture, informal rules, and tacit norms of behaviour. The recent emphasis on “Tone from the top” is important, but that alone will not be sufficient. Cultures are notoriously resistant to change, and we need to find ways of addressing problems at their root.’

In their paper, Governance and Culture in the Banking Sector, Professor Morrison and his co-author Joel Shapiro, Associate Professor of Finance at Oxford Saïd, argue that cultures in banking evolve in response to social and economic challenges. But, once a culture exists, it can outlive the problems that catalysed its creation. ‘Shared values and common language that were originally legitimised by the pursuit of an accepted end can then be turned to other purposes’ said Morrison. ‘For example, the arcane language of foreign exchange dealers developed in order that they could deal quickly and exchange nuanced information about the trustworthiness of their peers. However, more recently, foreign exchange dealers used their coded language and cultural networks to pursue collusive market-distorting practices.’

The analysis revealed a number of challenges involved in addressing cultural problems:

Cultures cross organisational boundaries. ‘The LIBOR and Forex scandals were perpetrated by close-knit communities of traders who carried cultural values that extended across corporate boundaries, and that frequently contradicted any behavioural norms to which their “host” organisations might conceivably have paid lip service,’ said Morrison. Evidence suggests that the traders involved in the LIBOR fix viewed other members of their own organisations as rivals, and the fixing networks deliberately excluded senior corporate officers.

The introduction of technology-enabled processes distorted values. Technological developments over the past 20 years mean that almost every financial activity has become more codified and arm’s length. Success is more dependent upon transaction-by-transaction profit, rather than upon the long-term viability of a relationship, making reliability and reputation less important than they used to be.

Senior managers do not understand technical or cultural practices in trading networks. For example, Bob Diamond, the former chief executive of Barclays, stated after the scandal broke that he did not know the mechanics of the LIBOR fix, and that he believed that no bank chief executive would know these mechanics. The research argues that bank directors were comfortable in their technical ignorance: they may have believed that their firm’s culture would guarantee good behaviour; but they may equally have chosen consciously to risk their firm’s reputational capital in order to make short-run profits from rate manipulation.

Economic incentives can encourage abuses of culture. For example, an investigation by the New York Department of Financial Services revealed that sales people in currency trading operations were deliberately incentivised to arrange terms of trade that created opportunities for profitable market manipulation.

Morrison and Shapiro make a number of recommendations:

Improve governance by identifying the cultural groups supporting critical tasks within the bank and ensuring that senior managers participate in those networks. ‘Several commentators have stressed the importance in this context of influencing culture by setting the “tone from the top”, but an approach based solely upon board- or executive-level pronouncements is unlikely to be effective,’ said Morrison. ‘Tone can only be set from the top if it is effectively transmitted into the cultural networks that matter… A network of powerful actors that is disconnected from the senior managers of the firm is prima facie evidence of weak governance.’

Devise appropriate compensation and performance measurement. Performance bonds, which deduct bank fines from a deferred compensation pool rather than from shareholder funds, would help to incentivise socially acceptable behaviour by traders; if designed correctly, they should also encourage senior managers to monitor trader actions.

Create a professional licensing body for bankers to establish and police behavioural norms. This would ensure that high levels of labour market mobility did not allow actors to switch firms and so escape the consequences of their actions. Each banker would have a permanent record at the licensing body, which would be updated with any violations of professional standards.

‘Technological changes in the last two decades altered the economic incentives of bankers and, hence, the use to which they put their cultural networks. The consequence in some cases was the emergence of dysfunctional cultures, which reduced social welfare,’ conclude Morrison and Shapiro. ‘We cannot turn back the technological clock, but we can map and influence cultures. This knowledge can be used to design compensation schemes based upon critical cultural groupings, and serve as the basis for formal professional banker certification.’