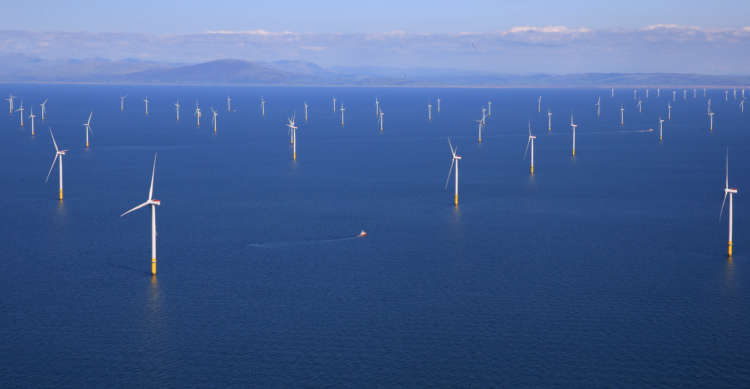 COPENHAGEN (Reuters) – Denmark’s Orsted, the world’s largest offshore wind farm developer, reported lower earnings in its first quarter on the back of lower wind speeds and a warranty provision to cover cable issues at some wind farms, driving down its shares.

Nipper took the helm of Orsted in January. His predecessor, Henrik Poulsen, stepped down after having led the energy company’s transformation away from fossil fuels.

Orsted said earnings took a hit from significantly lower wind speeds compared to last year and a warranty provision of 0.8 billion Danish crowns ($130.52 million) made after the firm discovered cable issues at its offshore wind farms in Europe.

It estimated a total financial impact from the issue of 3 billion crowns between 2021 and 2023, which Sydbank analyst Per Fogh called a “significant expense”.

Shares in Orsted traded down 3% at 0712 GMT and have dropped more than 33% since an early January high.

Citi analyst Jenny Ping, which has a “Sell” recommendation on Orsted’s shares, said the “weak” results could “dampen hopes of upgrades throughout the year”.

The Danish company, which maintained its full-year guidance, reported first quarter earnings before interest, tax, depreciation and amortisation (EBITDA) at 4.9 billion Danish crowns, below a company consensus of 5.2 billion crowns.

The company said it will present an updated strategy and new long term targets at its Capital Markets Day on June 2.