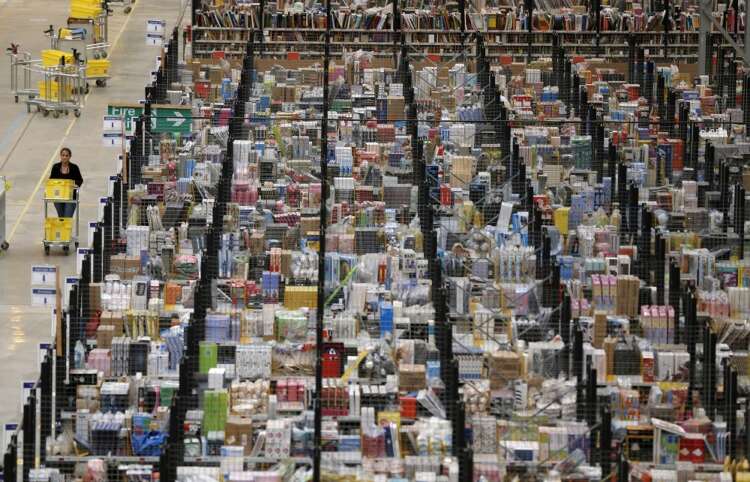 Retail sales volumes, adjusted for inflation and the time of year, rose 0.3% on the month in July – their first increase in three months – in contrast to economists’ expectations for a 0.2% drop in a Reuters poll.

Sales fell 1.2% over the three months to July – after sales in May and June were revised down from initial estimates – and were 3.4% lower than a year earlier, broadly in line with forecasts.

“Retailers told us that sales were boosted by a range of offers and promotions,” ONS statistician Darren Morgan said.

Growth was overwhelmingly driven by a 4.8% surge in online and mail order volumes, the biggest monthly jump since December.

Amazon held its annual Prime Day promotion last month, which in previous years has coincided with an uptick in British retail sales, although the ONS said greater spending was seen at a range of online retailers, especially for household goods.

Other retailers had a poor month, with food volumes up just 0.1% after a boost in June from celebrations to mark Queen Elizabeth’s Jubilee, while clothing sales fell 1.2%.

The longer-term trend for sales was downward, the ONS said, and the Bank of England has warned high inflation is likely to tip Britain into recession later this year.

Consumer price inflation jumped to an annual rate of 10.1% in July, its highest since 1982, from 9.4% in June, driven by an increase in food prices on top of previous sharp rises in household energy bills.

A GfK consumer survey showed households were “exasperated” by the surging cost of living, and their sentiment was the weakest since the series began in 1974.

Regulated household energy bills have doubled over the past year, and will increase again in October. Industry analysts forecast average annual bills will exceed 4,000 pounds ($4,768) by January, up from about 1,000 pounds a year ago.

Supermarkets have reported shoppers switching to cheaper products, and frozen food chain Iceland this week said it would give interest-free loans of up to 100 pounds to its poorest customers.