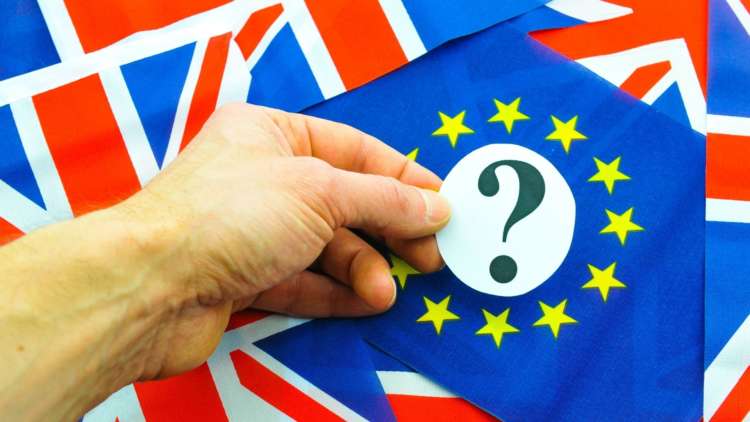 After four years, two General Elections, two Prime Ministers and a seemingly endless number of setbacks, the negotiations over the future trading relationship between the UK and EU have reached their final act. But a deal is still not done and Ana Boata, head of macroeconomic research at the world’s largest trade credit insurer Euler Hermes, outlines why failure to act will be damaging for all involved.

For many observers it will feel like the end of a long film that had a difficult plot to follow from the start. And as the effects of the Covid-19 pandemic ripple through vast swathes of the economy, the drawing to a close of the negotiations on a trade deal between the UK and EU will be greeted by an indifferent shrug for people worried about unemployment, the future of their towns and cities and lockdowns. But the aftereffects of Brexit will be felt for years to come and it’s vital its potential negative impacts are negated.

The transition period of Britain’s withdrawal from the EU officially ends on 31 December and while there’s a general consensus that either a trade deal will be agreed or an extension settled upon before then, the likelihood of a no deal remains high and the clock is fast ticking down.

With both sides broadly relaying the same message – ‘we want a deal, but the other side needs to budge’ – it’s important to remember that an agreement is in the best interests of all parties. The pandemic should serve to highlight that.

We forecast that the UK’s GDP will grow by around 2.5 per cent next year should both sides sign on the dotted line of a deal. In the midst of the biggest downturn in business activity in 300 years, that bounce back will be invaluable. We expect the alternative – a transition onto World Trade Organisation terms – will lead to a 4.8 per cent decline in GDP growth in 2021 and €14bn in export losses.

But both sides know the UK won’t be the only country feeling the impact of a no deal Brexit. We anticipate it will cost Germany €8.2bn, the Netherlands €4.8bn and France €3.6bn in export losses, while the bloc as a whole will lose around €33bn.

These impacts will be felt in some of those countries’ biggest sectors, all of which employ thousands. We forecast German car manufacturers will be hit for €2.8bn, Dutch producers of machinery and electrical equipment will see a €1bn loss and French chemicals firms will lose €400m in the event of a hard Brexit.

This will hit the EU hard, but it’s a starker picture in the UK. In the event of both sides agreeing a deal we forecast business insolvencies to increase by 31 per cent next year, mostly caused by the full effects of the pandemic feeding through to the economy. Yet that figure rises to 53 per cent should the country tumble out on no deal terms. That will impact jobs, especially after March when the government’s furlough scheme will end, with unemployment touching eight per cent. Investment in the UK would also suffer, falling by an additional 10 percentage points on the 15 per cent drop expected in the event of a soft Brexit.

The potential economic disruption has been exacerbated by the loss of one of the aces up the sleeve of UK negotiators – the likelihood of a Trump administration fast-tracking a transatlantic trade deal. That now looks unlikely as Joe Biden takes up his residency in the White House from January and should focus minds on crossing the final hurdles to agree a deal.

It’s clear both sides need to come to an agreement and after Covid-19 has shone a light on some of the shortcomings in public policy and economies across Europe, the last thing both sides need after a difficult year is a no deal Brexit. The second part of the Brexit sequel is just getting started, but neither the UK nor EU will be better off in the event of a clean break. Now’s the time for both sides to agree a deal that will speed up the recovery from the pandemic, not deepen its impact.

Investing into a more sustainable future: changing businesses from the inside out