NFC and the evolution of payments 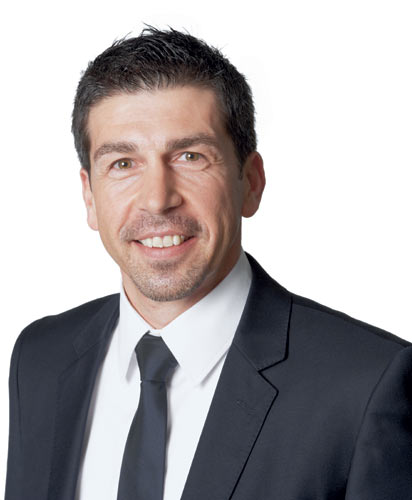 60 years ago debit cards were the face of payment innovation. The first online payment was made 20 years ago. Even mobile payments are 16 years old – in 1997, Coca Cola built vending machines which accepted payment by text message. It is understandable then that industry commentators are now searching for The Next Big Thing in payments. For many, this looks set to be payments via Near-Field Communication or NFC.

It’s easy to see why contactless is an attractive payment option – the ability to simply ‘tap and go’ would both simplify and speed-up the payment process. Good news for increasingly busy consumers, great news for retailers – the less consumers have to think about the payment process, the less likely they are to question the payment value. Quicker payments equal more payments.

Yet the area where contactless payments are set to really make a difference is in the transport sector. Transport for London has been a keen advocate of NFC technology, introducing the contactless Oyster Card payment system on the London Underground in July 2003. By June 2012, over 43 million Oyster cards had been issued and more than 80% of all journeys on public transport in London were made using the card. Transport for London recently made another bold move in the NFC payment space, introducing NFC bank card payment capability across the London bus network at the end of 2012. This month it was revealed that Londoners have paid for more than 700,000 bus fares using their contactless bank cards since the option for contactless payment was introduced just three months ago.

The support for contactless payments in the retail and transport markets, not to mention the clear consumer demand as illustrated by the pick-up across London, suggests that the age of the ‘tap and go’ payment is upon us. Yet still many question whether NFC will ever really take off. The London Olympics were heralded as ‘the first contactless Olympic Games’, yet Visa’s figures show that just 15% of those with contactless cards opted to use them at the London 2012 Games.

Visa’s figures reflect a wider pattern in consumer attitudes towards contactless. According to the UK Cards Association, as of January 2013 there were 31.3 million contactless cards in the UK. What’s more, according to ICM Research, the awareness level of contactless cards is 80% – this means that most consumers are fully aware of the contactless payments capabilities of their cards. Yet the same research tells us that just one-third of contactless card holders have ever actually made a ‘tap and go’ payment.

The numbers clearly show that a high percentage of consumers not only have NFC-enabled payment cards, but they also are aware of contactless payments and understand their ability to make such payments. That’s not all. There are currently over 143,800 contactless terminals in the UK – so there is suitable opportunity for consumers to try out this new-found payment technology.

It is clear then that questions need to be asked around what will persuade consumers to make the jump from understanding contactless, to actually being comfortable using contactless.

Firstly we need to accept that while innovation and technology often aim to simplify our lives, in reality any change to the way we handle our money will always be met with a level of suspicion. It is unsurprising then that a number of urban myths have come to dominate the discourse of contactless payments – tales of ‘electronic pickpockets’ and the potential to steal card details simply by walking past someone with an NFC-enabled card are enough to put many off the technology. The fact remains, however, that these rumours are, as yet, unfounded. This is why it is essential that retailers, card issuers and payment processors alike join forces to run a dedicated education campaign to dispel these negative claims.

One of the greatest barriers to contactless uptake lies in the current retailer experience. Cashiers are the people on the front-line of this new payment technology, so a large part of the campaign must focus on ensuring that they understand and actively encourage customers to make use of their new ‘tap and go’ capability. Few things are more embarrassing to the British customer than getting to the front of a queue in a shop and being unable to pay – even if it is just while they become accustomed to the new technology! Improving the customer service at contactless terminals will help overcome this nervousness of the unknown.

The future is digital

The payment ecosystem is in a constant state of flux – from cattle to coins to cards, payments, much like humans, have evolved. The modern day consumer demands convenience and speed in their day-to-day payments. We live in a world in which we rely ever more on our plastic payment cards – according to the UK Cards Association, UK consumers spent £3.3 billion more using plastic in December 2012 than in December 2011 – so it stands to reason that using these cards in a contactless capacity will be the natural next step.

Card schemes, banks and merchants need to work together on an education programme, dispelling the NFC myths and encouraging greater customer service at contactless payment points. Consider this final point: contactless payment cards were introduced in the same year as the iPhone was launched. The payment technology has moved on – now it’s the turn of us humans to do some evolving.

Data migration – It’s all about the data