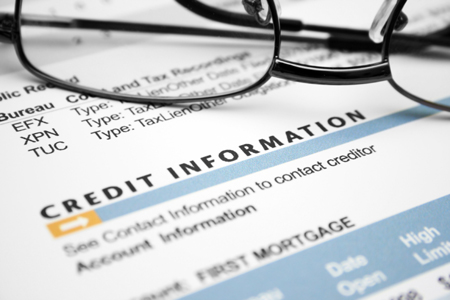 Key research findings of this under-30 group:

A YouGov study today casts the spotlight on the financial lives of the under ‘30s and the results should be cause for concern to the banking and financial world. A third of people under 30 (33%) don’t know what a credit score is and of those that do, only 14% said it was an accurate reflection of their circumstances.

The survey – commissioned by Big Data Scoring – examined the financial lives of young adults aged 18 to 29, the so-called ‘millennials’, to see what challenges they faced when obtaining and paying off their personal debts. The poll revealed that this generation are more likely to have a cash ISA (34%) than a credit card (29%); a third have no debt at all (33%) while almost a quarter (24%) are carrying £10,000 or more of debt. A quarter (25%) had been declined a financial product or loan.

NO PAST – NO CREDIT

It’s thought that the reason so few young people have credit cards is the challenge faced by financial institutions in doing a credit check on someone who, in essence, has no credit history. While some countries start people off from the median (in essence an average credit score), in the UK you start off with a poor credit score and have to build it up. For the young – or an immigrant into the UK – that means you start off in a bad position.

One solution is to do intelligent research of a loan applicant online, to help build a clearer profile which helps assess their creditworthiness. Used in conjunction with existing scoring methods results in more accurate scores which means greater opportunity to lend and a reduction in risk.

The study’s regional revelations included that young people in the East of England have the lowest levels of debt, with almost two fifths (38%) having no debt at all, while millennials in Scotland have the lowest levels (6%) with debts of £20,000 or more. Perhaps more alarmingly, over one in eight (13%) of young people in the North of England claimed to not have any financial products – not even a bank account – almost quadruple the British average of 3%. Given the current need to have some kind of financial history to get credit, these people could find themselves in a no-win situation, unable even to open a current account at the bank.

Erki Kert, CEO at Big Data Scoring, commented: “Young people have come into adulthood with an almost immediate online presence, unlike previous generations. We have seen this can be as much, sometimes more, of a barometer of their creditworthiness as the traditional approach applied to older people. Increasingly, banks are starting to use this alternative source of information to support with their credit checking; it may eventually become an industry standard.“

Ironically, for some people, the problem isn’t getting too little credit, but too much. One in ten (11%) of those with debt aged under 30 thought they would never be able to repay all their debt, while more than one in seven (16%) envisage it would take 20+ years to clear it. A similar figure (18%) thought it would take between 10 – 20 years. Altogether that’s more than a third (34%) of millennials carrying debt for over a decade – and this figure excludes mortgages.

Mr Kert continued, “Too much credit is a consequence of the current failings when it comes to credit scoring young people and highlights the need for action to ensure people are given what they need but also what they can afford.”

Erki Kert – CEO of Big Data Scoring – will be available for pre-records on 1 December and live on 2 December to discuss the findings, the challenges banks face in assessing people with little or no credit history, and the difficulties faced by young people and migrants arriving in the UK in getting their financial house in order.

Launching of StepUp credit card for the young