NatWest returns to profit after releasing cash for bad loans 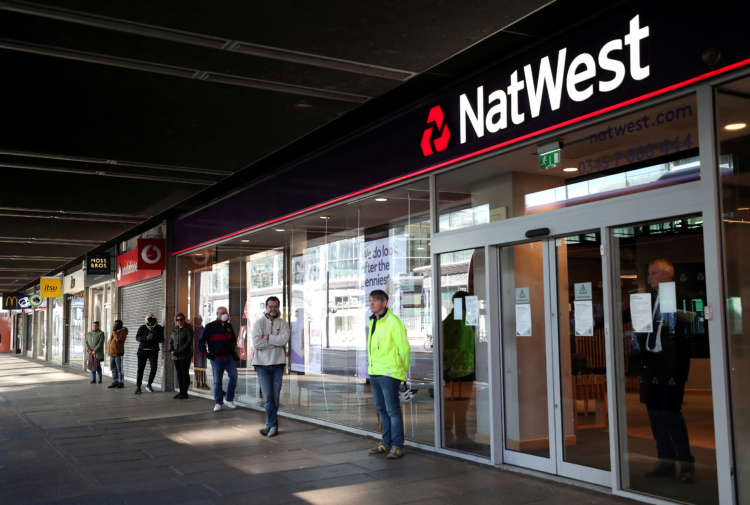 LONDON (Reuters) -British lender NatWest returned to profit in the first quarter of 2021 after joining rivals in releasing some of the cash it had set aside to cover expected bad loans due to the pandemic.

The state-backed bank on Thursday reported a pre-tax profit of 946 million pounds ($1.32 billion) for the first three months of the year, almost double an average of analyst forecasts. The bank made a 519 million pound pre-tax profit in the same period the prior year.

Like HSBC and Lloyds, NatWest’s profits were boosted by a net impairment release, of 102 million pounds. Analysts had forecast an extra charge of 251 million pounds.

The bank – which remains 60% taxpayer-owned following a government bailout in the 2007-09 financial crisis – had slumped to a 351 million pound pre-tax loss in 2020.

NatWest CEO Alison Rose said unpaid loans due to the pandemic remained low and vaccine rollouts and reduced lockdowns had given “reasons for optimism”.

“However, there is continuing uncertainty for our economy and for many of our customers as a result of COVID-19,” Rose said.

Banks across the industry saw their finances dented by the pandemic in 2020, but NatWest was a relative outlier in falling to an annual loss.

The domestically-focused lender’s income was hit particularly hard by a household spending crunch, while it missed out on the boosts Barclays and HSBC got from larger investment banks with an international footprint.

In a bid to turn things around Chief Executive Alison Rose laid out plans to axe further costs in February, including winding down its under-performing Irish arm Ulster Bank.

NatWest bought back 1.1 billion pounds worth of stock from the government to reduce its stake from 62% last month, cutting its core capital buffer to 18.2% from 18.5%.