Monopoly, how the game measures up today 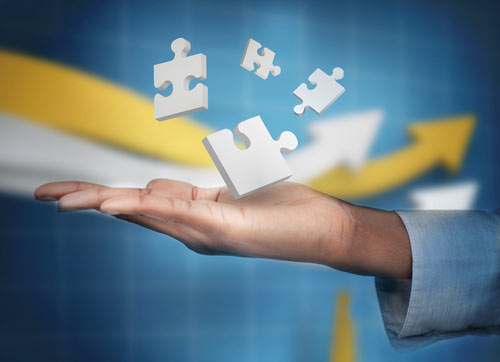 by Elaine Mullen at Information Mosaic
I spent many hours of my childhood buying houses, charging rent and going to jail, while playing the game Monopoly, that is. Hasbro, the makers of Monopoly have just announced that they’re replacing the iron token with a cat token as selected in an internet poll. So, how relevant is the game of Monopoly today?

Despite the various version of the game that have been developed over the years, such as the Beatles, Marvel Comics, and Godfather editions, the Monopoly board has hardly changed at all since 1934. Did the world look very different at that time than today? America was in the middle of the Great Depression but the prohibition of alcohol had just been repealed. The U.S. Securities and Exchange Commission (SEC) was set up under President Roosevelt to regulate the stock market and prevent corporate abuses relating to the offering and sale of securities and corporate reporting. In Europe, Adolf Hitler, named Time magazine man of the year in 1938, combined the positions of Chancellor and President, and become “Führer” of Germany this would ultimately lead to the start of the devastating WWII starting in 1939. Japan and China were at loggerheads since Japan invaded Manchuria which would escalate into the 2nd Sino-Japanese war.

As a child, one of the few Community Chestcards I could fully understand was, “You have won Second prize in a beauty contest”, the Miss World competition being prime television at the time, but I always felt a bit insulted as being second best never seemed to be much good. With the rise of reality TV talent completions, X-factor, Americas got Talent, we are now bombarded by multiple TV programmes with young people chasing their dreams of a celebrity lifestyle. We still find it hard to remember who came 2nd in any of these competitions. Being a ‘celebrity’ is now regarded as a career choice, we even have celebrity bankers, think Nick Leeson. If rogue traders played monopoly surely they’d be gambling to get the Chance Card “Get out of Jail free – this card may be kept until needed, or traded/sold”, but then, as a high stakes gambler, they’d probably trade it on the open market.

Then there’s the utilities, the Electric company and the Water company. In the UK, Thatcher is famous for privatising state utilities, thus taking away their monopoly status. This has encouraged plenty of door to door selling with each electricity provider trying to get you to become their customer.

So where does Monopoly sit in today’s world compared to when it launched? Currently Germany has the strongest economy in the EU and the chancellor, Angela Merkel, that has been described as “the de facto leader of the European Union”and is currently ranked as the world’s second most powerful person by the Forbes magazine, the highest ranking ever achieved by a woman. Japan and China, the situation is certainly very serious as they continue to both claim ownership of a small archipelago of islands. Monopoly is now available on tablets and smartphones. While it may be argued that the electronic version may be less interactive than its physical, traditional counterpart, there are significant advantages (other than no longer misplacing a die or other pieces and having to substitute, say, a hand-written Post-It note for the Electricity Company deed). One distinct advantage is the automated tracking of cash and real-estate holdings; your net worth is displayed in real-time and appears directly under your car, boat, top-hat or other preferred token of your choice. No longer does one have to calculate how much cash is on hand or remember to request your £200 – in paper money from your little sister, or the banker upon passing Go. Due to the automated tracking, cheating has been virtually eliminated. The opportunity to cajole the pre-teen banker into slipping you extra cash or short-changing the eight-year-old landlord is now no longer possible. Even innocent mistakes due to human error, such as finding out at the last minute that you actually do not have three of the same properties required for building houses, has been removed. The Honour System, so prone to abuse by less scrupulous individuals, and mortal fallibility has been corrected by automation. In a very real sense, technology has been utilised to create a fairer, more accurately regulated Monopoly.

Monopoly’s original design was based on the real estate trading and wealth accumulation going on in the boardrooms of its time. The electronic version also mirrors modern trading developments available in the financial industry today. Front-, middle-, and back-office personnel now have the capability of tracking positions in real-time. There are also calendar-based workflow applications that project upcoming events – complete with assigned risk-weighted values – via dashboards. The chances to oversell a position, breach risk limits, and otherwise violate documented policies and regulations, have been reduced if not fully eliminated. The availability of additional dashboard functionality, such as “What If” analysis and “In/Out of the Money” calculations (both of which would prove very handy in Monopoly)make trading and decision much less risky.

Politically and economically, America is still recovering from the financial crash when Freddie Mac and Fanny Mae became household names across the globe. The SEC has developed rules in connection with the Dodd-Frank Wall Street Reform and Consumer Protection Act, which has brought about the most significant changes to financial regulation in the USA since the regulation enacted following the Great Depression.

There’s no SEC on the Monopoly board but, if there were, would it allow the securitisation of asset backed mortgages for those little green houses and red hotels? Would Hasbro have changed the SEC’s role over the years to allow for the gradual re-interpretation and eventual repeal of the Glass-Steagall Act, put into place after the Great Depression to limit commercial bank securities activities and affiliations between commercial banks and securities firms?

(Elaine has worked within the marketing and new business development function at Information Mosaic for the past eight years and has played a key role developing new markets including the Asia Pacific region.)

FATCA Reporting: It’s about having the right dialogue