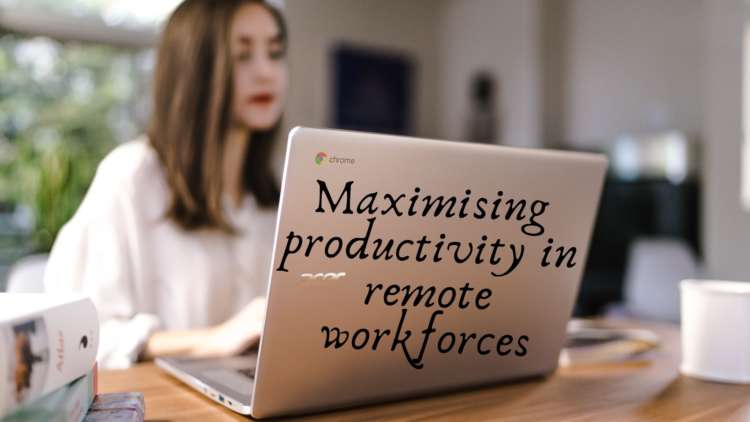 By Romanie Thomas, Founder and CEO of Juggle Jobs

It’s clear from recent statements that many in finance are struggling with what the future of work will look like. On the one hand we’ve got the David Solomons of the world – the Goldman Sachs CEO has described remote working as an “aberration that we’re going to correct as soon as possible”, while Jeff Staley, CEO of Barclays, was quoted as saying that homeworking “was getting old”.

On the other hand, we’ve seen moves by Lloyds and HSBC to cut office space as banks make a seemingly permanent shift to hybrid working, with a mix of onsite and remote working.

JP Morgan would appear to be moving cautiously towards a hybrid model, but with concerns regarding long term remote working. One of the issues that the bank saw was a drop in productivity, with output particularly affected at the beginning and end of the week, according to reports.

This might seem at odds with the prevailing wisdom that people working remotely would be more productive – no colleagues to bother them, no commute to bookend the day, more time to just focus on work. Yet one of the recurring themes within the complaints made by many about remote working was the lack of spontaneous creativity and decision-making – something that’s “impossible to replicate in the Zoom world” in the opinion of JP Morgan CEO Jamie Dimon. In fact, the bank felt that having lots of “Zoom meetings actually slows down decision making because there is little immediate follow-up.”

From that perspective, it is easy to see why there are concerns regarding sustaining productivity levels in long-term remote working. Yet the ongoing disruption of the pandemic means there is unlikely to be as drastic a swing back to on-site working as there was to remote. A significant proportion of businesses, particularly those predominantly made up of knowledge workers, will have some form of remote working in place for some time to come.

So, how do they maximise productivity in such a situation?

Firstly, there needs to be trust. Not just employers trusting employees, but colleagues trusting each other, and employees trusting employers. Why? Because trust is an enabler of growth, innovation and continuity. Employees work harder, take on more responsibility and are less likely to leave for another role when they feel trusted.

Look at your current management practices. After a year of remote working, do managers and team leaders still have daily check-ins with their teams? We may have felt that constant communication was important in the early stages of the pandemic, but more than twelve months on, are those Slack messages, ‘quick’ calls and daily Zooms helping teams to feel engaged or taking up time that could be better spent working? More importantly, who really benefits from always-on connections – employees trying to work, or managers that are still struggling to trust their teams that the work is getting done.

Leaders should certainly be available, but by taking a step back, they are implicitly saying that they trust their team. By embodying these behaviours, it also sends a message that colleagues should trust one and other as well.

Once that trust is established, new approaches to work, whether fully remote or hybrid, can be developed. That might be being clear on when employees will need to come into the office, what they will be doing when they are there and what they should expect when working remotely (in terms of communication and contact).

So, if time in office is to be focused on collaboration or group creativity, days and weeks can be structured so that employees can focus on solo work when remote. This would avoid individuals being pulled into the office at random moments, piling more commitments on top of existing work.

It is ultimately about being clear on communication, and when and how to expect it.

New approaches will only be successfully implemented if there is a commitment from all parts of the business to adopt these behaviours. If senior executives decree changes need to be made, but fail to follow the rules, then it sends a clear message that either the changes don’t matter, or that there is one rule for employers, another for employees. This would fatally undermine any trust an organisation has built into its culture, just as employees flaunting the new policies but going unpunished would.

That’s why both managers and teams need to be accountable. It’s important to remember these need to be formal agreements everyone signs up to – while there is a temptation, particularly in a time of uncertainty, to avoid making hard statements, the lack of clarity will leave grey areas, making it harder to police behaviours.

But it’s not just about holding people to account. Employees need to see the reward in following new behaviours, by being given more trust and creating a virtuous circle of improvement.

From temporary arrangements to permanent thinking

Shifting to new ways of working was always going to be challenging. But to abandon any gains because metrics such as productivity do not match pre-pandemic levels would not only be counter-productive but would also fail to acknowledge that true change takes time. Businesses have had a year to work out what works and what doesn’t. There will be learnings they can integrate into their organisation as what appeared to be temporary measures becomes more permanent. The long and the short of it is that most of us aren’t going back to an office fulltime. Employers that want to drive productivity need to evolve their thinking in order to get the best out of their workforces, whether they’re on site, remote, or in a hybrid model.