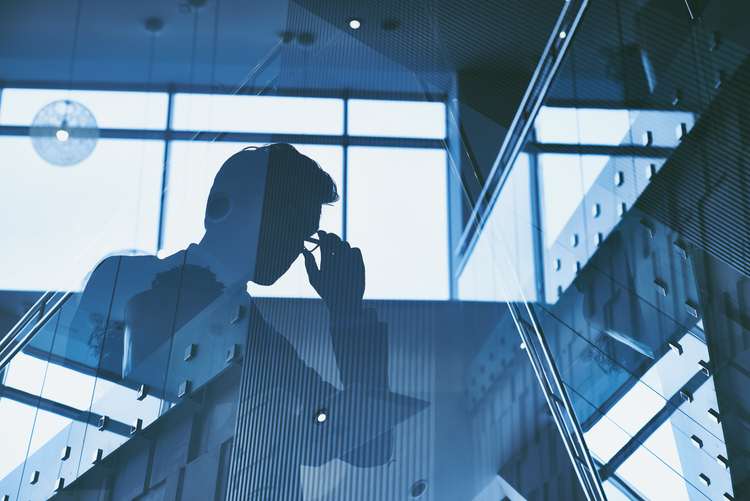 One of the most persistent narratives since the global financial crisis has been the sheer volume of new regulation introduced across the globe.According to one estimate, between 2008 and 2015,  there was a 492% increase in global regulatory requirements. Now, a new source of complexity is arising from the fragility of transnational institutions and trade relationships.

Disputed elections in Italy, ongoing Brexit negotiations, and an unresolved situation in Catalonia are symbols of a changing international framework; The Eurozone is hardly the only source of uncertainty as the US  threatens to upend trade treaties with its trading allies.

Business will carry on, but change is disruptive

The reality is that businesses, supply chains and trade networks are global and have a high degree of interconnectivity. Brexit negotiations have brought home just how intertwined business relationships are, as well as the fact that it will take more than a change in regulatory framework to stop business being global.

Deal-making will carry on, but it is going to become more complex. Companies will be dealing not just with the wave of new regulation that has emerged since 2008 but also with new jurisdictions as global frameworks splinter. When change happens, there is disruption. Change introduces a logistical complexity into the adoption phase as processes and procedures and systems have to be updated.

As complexity increases, so does risk

The largest problem created by complexity is that it increases the likelihood of mistakes. ICSA, the international association for corporate governance, has shown that errors in subsidiary governance are virtually inevitable when a portfolio exceeds a certain size. As the number of moving parts that need to be incorporated into a company’s governance framework grows so does the number of mistakes that will be made. These mistakes can be very costly.

In private equity, the challenges will be greatest for those with the greatest portfolio spread. Operating across multiple jurisdictions can make it difficult for due diligence to uncover what exactly is being bought.

This lack of operational visibility can cause a host of issues. For example, when acquiring an asset in a foreign jurisdiction, it can be extremely difficult to assess whether financial statements have been filed correctly or whether annual meetings have been held for the approval of statements.Things as seemingly simple as company directorships can be potential stumbling blocks as the surrounding rules differ from country to country. There can be serious mismatches between a company’s records and the underlying reality.

One of the most surprising problems that can be caused by cross-jurisdiction acquisitions is where a company has not been properly liquidated — and has become, in effect, a “zombie entity”.

In one such case, a private equity company acquired a portfolio company domiciled in Trinidad. At acquisition, the new owners believed that the company had been liquidated when, in fact, it was still extant and dormant. Nightmare scenarios like this can derail an otherwise successful cross-border transaction, and will become more and more common as international regulatory frameworks change.

Deloitte’s Global Governance Report from 2013 showed that the average global company serviced by one of their Lead Client Partners (LCP) had over 90 subsidiaries worldwide. The LCPs also suggested that almost a third (29.7%) of their multinationals did not spend a significant amount of time overseeing the business and risks of these subsidiaries. Extrapolating these figures to analyse the subsidiaries overseen by the FTSE100 – about 8,000 in total –  there may be as many as 2,400 entities without proper oversight, visibility and governance in operation today.

While the regulatory environment might be getting more complicated, there are three relatively simple steps we suggest to ensure you have the foundations in place to avoid serious issues.

The first rule is that PE companies must put in place a framework around the existing governance rules and regulations and how they are applicable to the entities, whether they be portfolio entities or financing entities. Ultimately, responsibility for outlining and maintaining this framework falls to a company’s secretarial governance. For this framework to be effective it must be clear at the outset for which rules and frameworks the secretarial officers are responsible.

Within the context of international acquisitions, it cannot be stressed enough that if there is incomplete, missing or incorrect information at the due diligence stage, then there is already a problem. The information should already be available and visible at the pre-due diligence stage to avoid costly remedies later on.

The second rule is to assign responsibility for updating and maintaining this information when rules change or new jurisdictions come into play. The issue is that most portfolio companies lack a unified approach to subsidiary governance. Inevitably there will be outside service providers, lawyers, company management firms, audit firms. Local firms naturally like to hire local service providers but this can undermine a centralized framework.

A particular risk for private equity companies is that, by trying to keep operations lean and profitable, corners are cut. When it comes to cost-cutting it is important to make sure that it is the right kind of cost-cutting. Overheads should be reduced through operational efficiencies, not by reducing oversight. Cost-cutting that makes it harder to get full visibility of the entity’s governance may be a short-sighted approach when problems are revealed later on.

Finally, transparency has to work end-to-end. Accountability needs to work in both directions. How do you know that the documentation you are producing for India, for example, is still valid – that the deadlines you believe you are respecting are the right ones? The ultimate precaution in any framework, is locally to vet the validity of any governance-related documentation that is produced to ensure compliance with divergent regulation. This can be thought of like double-entry book-keeping, ensuring that everything ties off from both ends.

As the number of jurisdictions operated in increases, so does the number and complexity of rules and local advisers. For this reason, it is critical that every effort is made to ensure that governance is managed centrally but tied off locally.

Chargebacks: Are You Prepared?