LIENVIETPOSTBANK: OVERCOMING THE CHALLENGES OF AN ECONOMIC CRISIS 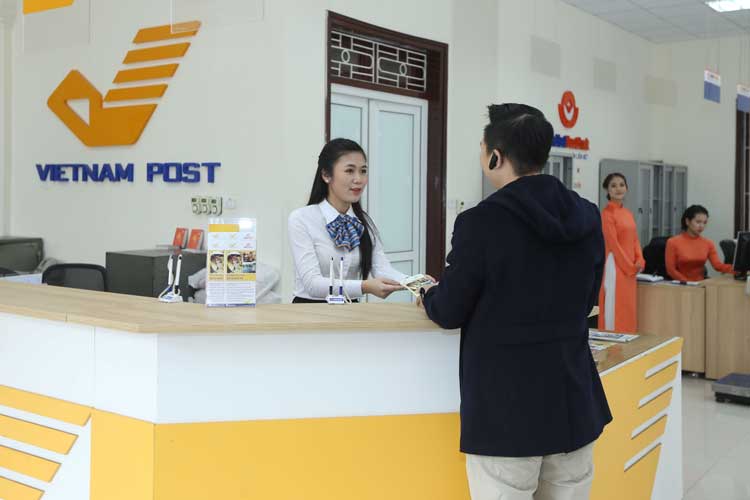 LienVietPostBank (formerly known as LienVietBank), a Vietnamese joint stock commercial bank, was established in 2008. In the context of global economic crisis, the bank faced with a great deal of difficulties. However, with an effective business approach, LienVietPostBank has overcome challenges and achieved remarkable success in recent years.

The global economic crisis has negatively impacted on Vietnamese economy. After reaching 8.5% in 2007, the real GDP of Vietnam rapidly decreased at 6.3% and 5.3%, respectively in the following two years and has not recovered the rate before crisis yet (Dao, 2013). The crisis has adversely influenced on almost all fields of Vietnamese economy, including banking sector. The ratio of bad debts in this sector leapt up to 17% in 2012[i], a series of small banks must be merged by the large ones. Being born under the circumstances, LienVietPostBank needed to have an efficient strategy.

LienVietPostBank realized that in spite of the crisis, Vietnamese agriculture has still played as an important role in the economy, continuously grown during the period. The value of agricultural export was about USD 25 billion in 2011, increased by 29%, compared with 2010. Moreover, half of the labor force works in the agriculture and around 70% of the population lives in the agricultural and rural areas. The income from this sector will have a great influence on Vietnamese domestic market and long-term investment potential[ii]. In addition, Vietnamese government also encourages investment in agriculture. In spite of the potential, only a few Vietnamese banks focus on this field, because of many challenges they have to face.

LienVietPostBank has been implementing Tam Nong Program since 2010

The first challenge is the network. Although accounting for high proportion, the rural population distribution is scatter. It means that if any banks want to target in this field, they need to have a wide network system, in which inhabitants in agricultural and rural areas can access them easily. It seems to be impossible with a new bank as LienVietPostBank.

In addition, people in the agricultural and rural areas prefer products with simple processes. Thus, the complicated processes of banks (especially in credit appraisal) seem not to be favorable for them. Moreover, their belief in formal institutions in Vietnam is also a question, as the World Bank’s Global Findex which indicated that the privation of trust to financial institutions is the main reason why people are not willing to use services of formal organizations (Demirguc-Kunt and Klapper, 2012). People in these areas often use financial services, but not the formal ones. They may be happier with informal agreements with their families, neighbors, or partners than with financial institutions. For this reason, if any banks want to attract customers in this area, they need to provide more benefits to customers than informal ones.

The next challenge is that farmers do not usually meet the requirement of the banks regarding to collateral when the borrow money. As a result, not many financial institutions are interested in lending to them even evidence shows that the non-performing loans for agricultural sector is much lower compare with the industry benchmark.

Being ready to cope with challenges, the Boards of LienVietPostBank decided that agriculture would be one of the fields targeted.

In July 2011, LienVietBank took over Postal Savings Service Company and renamed LienVietPostBank. It signed a 50-year-cooperation agreement with Vietnam Post Corporations (VNPost), which allows LienVietPostBank to be an exclusive bank in providing postal savings services as well as other banking services through the nation-wide network of more than 10,000 transaction points of VNPost. Products and services of LienVietPostBank, therefore, can be accessed throughout Vietnam. Moreover, most of VNPost’s post offices are located at favorable and visible positions like road intersections, the center of districts and communes, so customers can access easily. “If LienVietPostbank well exploits the network of VNPost, our network development will be as fast as for at least 100 years”. Mr. Nguyen Duc Huong, the Permanent Vice Chairman of LienVietPostBank, shared.

LienVietPostBank manages to customize and simplify processes relevant to its products and services. Banking staffs are well trained in order to advise customers dedicatedly. Some products were designed to match with various characteristics of customers. For example, LienVietPostBank realized that the average income of people in these areas, generally, is low and varied widely by days, weeks, or seasons. Hence, LienVietPostBank designed “Postal savings” product allowing them to deposit a small amount of money, VND 50,000 (about $2.4) minimum each time.

Additionally, LienVietPostBank has cooperated with Vietnamese Veteran Association, a huge and prestige association with about 2.6 million members throughout Vietnam to lend out its money. The cooperation is one of the best ways for LienVietPostBank to access more customers as well as improve their belief.

Moreover, with the long-term business orientation of “Integrating business and society”, LienVietPostBank has actively contributed directly to the community and society through social financing and charitable activities. LienVietPostBank’s CSR help spread out its brand name and image nation-wide. 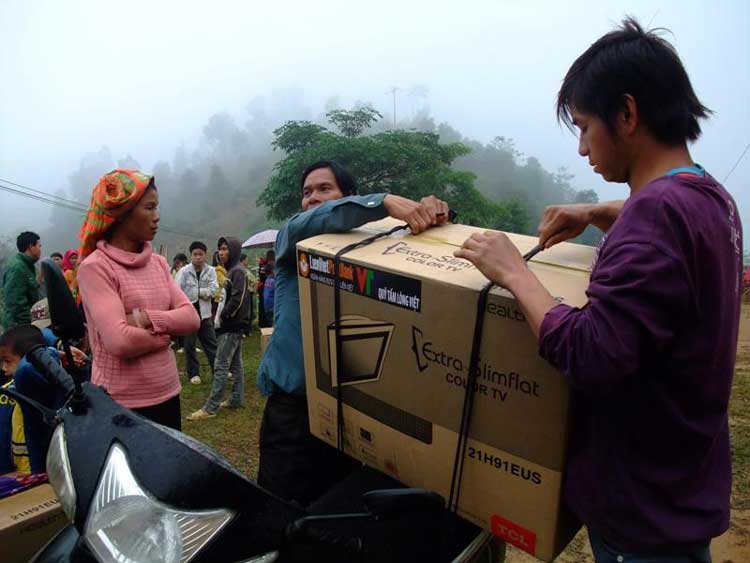 LienVietPostBank has given more than 30,000 televisions to the poor households

As such, the result is quite impressive. Thanks to the wide network, people in the agricultural and rural areas can access LienVietPostBank’s products more easily. Besides, the customized products bring more convenience to the customers. The business activities in the agricultural and rural areas improved rapidly. For instance, from 2010, LienVietPostBank implemented Tam Nong program to develop the agricultural and rural credit and minimize the usury. After 2 years, lending volume increased remarkably, reached approximately VND 13,500 billion (equivalent to more than USD 600 million). 18,000 customers benefited from the program. Another successful product is “Postal savings”. Through postal transaction offices, the Bank mobilized about VND 20,000 billion (approximately USD 1 billion).

With the strategy to become a leading retail and universal bank targeting the mass market, the initial success promises to contribute to the growth and sustainable development of LienVietPostBank.