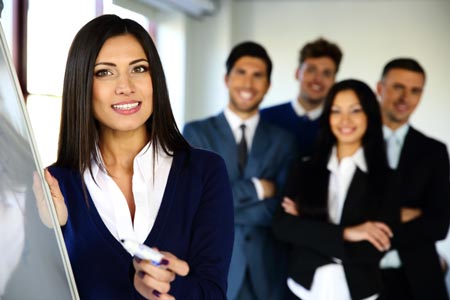 Alex Pelopidas, Partner at solicitors Rosling King, looks at the impact Brexit might have on the lending market and advises lenders on what actions they should take to prepare themselves.

The immediate shock waves on that fateful Friday morning of 24 June, as Britain woke up to the news that they had voted to leave the European Union, sent commentators into a spin. As far as the real estate finance lending sector were concerned, their worst fears had been realised.

Things began to move very rapidly after that and we witnessed the accelerated establishment of a new government under Theresa May. How long a week in politics indeed! Emotions have calmed down somewhat although warnings of inflation and recession persist.

Whilst no one can predict what exactly is going to happen over the next few years, it is clear that, once Brexit is triggered, we will be in unchartered waters. Although some commentators,notably Kallum Pickering, senior UK economist at Berenberg, believe that our economy is fundamentally strong enough to withstand the Brexit shocks, everyone is braced for market volatility. With this in mind, UK real estate lenders should be assessing whether their legal rights remain sound under existing or new deals.

If Secretary of State David Davis acts consistently with his pre-Brexit thinking, the UK’s notice to leave may be triggered as soon as this December. What would follow would be a minimum two-year transition period which will allow lenders to take stock of at least their existing finance documents and security and plug gaps and tweak covenants as necessary. In the short term, some expect that the UK will preserve the majority of EU legislation on its statute books since much of it is embedded into our financial services regulation. Moreover, existing regulations may need to remain as part of the UK’s negotiation with the EU on passporting – the ability for institutions to sell their services cross-border around the EU without further licensing/authorisation being necessary.

In any event, the core terms of many lending documents, including those based on the Loan Market Association standard terms, should be unaffected by Brexit. This is because a lot of the terms are negotiated commercial provisions which have evolved under English contract law, rather than necessarily being included with reference to EU legislation. Existing indemnity provisions relating to increased costs caused by a change in regulation or law should apply to the benefit of lenders to cover the expense of complying with, or otherwise resulting from, the new laws arising from Brexit. In terms of the impact of Brexit on material adverse effect or material adverse change provisions (“MAC”), this will very much depend on the particular effect that Brexit has on a borrower. If there is a specifically relevant area of EU law that is key to the borrower’s operation, then a MAC clause may be triggered in the event that Brexit leads to a detrimental impact on that part of the borrower’s business. Whether such a MAC can be triggered will depend on the drafting (the more explicit the better) and also what the lender knew at the time the provision was agreed, as a lender cannot usually invoke the provision in respect of facts it knew about.

The most pressing consideration for any lender will be what impact Brexit will have not only on their borrowers’ performance but also their collateral. After the run on the REITs (the open ended Real Estate Investment Trusts, which began with Standard Life), provisions have been made by some funds for corrections of as much as 20%. Such drops in value may not impact many senior lenders, who have ensured that their exposures are not as highly leveraged as in the last cycle, but some challenger banks and mezzanine lenders will be considering their positioning at the moment.

In any event, it would be wise for all lenders to reflect on their legal options in the run up to a potential default. If financial covenants need to be revisited, standstill agreements can be entered into to enable valuations to be undertaken and new tests agreed whilst preserving lender rights. It may also be an opportune moment to review the security held by engaging a law firm to conduct a security review to check what the lender thinks it has in place is indeed there and enforceable. Flushing out any issues at a pre-default stage with the borrower still engaged is much better than trying to correct something during enforcement, when the borrower has gone to ground.

In short, the markets will be volatile for a number of years whilst the dust settles on Brexit and lenders will naturally be focussed on values and gearing. To protect their interests, lenders should always return to their legal fundamentals to ensure that they are in the best position to take action and weather the uncertainty to come.

WHY FINANCIAL INSTITUTIONS CAN TAKE THE FIGHT TO CYBERCRIMINALS