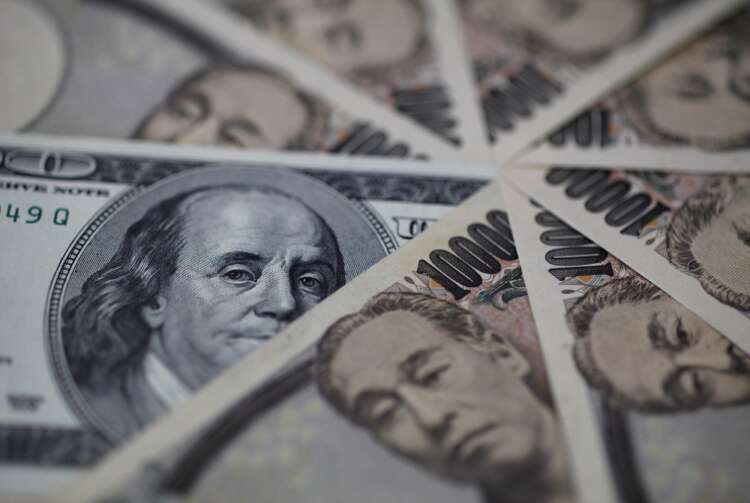 SINGAPORE (Reuters) – The yen won a brief reprieve after hitting fresh two-decade lows from Japanese policymaker comments on Monday, even as holidays confined the U.S. dollar to narrow ranges against most other currencies.

The yen fell to a two-decade low of 126.795 in early Asian trading, before both Bank of Japan Governor Haruhiko Kuroda and Finance Minister Shunichi Suzuki voiced concerns and caused it to bounce as far as 126.25. But the rally proved short-lived and it was soon back around 126.57.

With the Easter holiday in Australia, Hong Kong and other parts of Asia dulling trade in other currencies, the dollar remained strong and supported by a hawkish Federal Reserve while the euro was hamstrung by a lack of clarity on when rates in the euro zone would rise.

At Monday’s lows, the yen was nearly 10% weaker than where it was at the beginning of March. It fell nearly 2% against the dollar last week, marking a sixth straight losing week.

Win Thin, head of currency strategy at BBH Global Currency Strategy, said the dollar didn’t seem to have significant chart points halting a potential further run-up against the yen until a 2002 high near 135.15.

“We see low risk of FX intervention. Until the BOJ changes its ultra-dovish stance, the monetary policy divergence argues for continued yen weakness and intervention would likely have little lasting impact,” Thin wrote.

Japanese policymakers have been vocal about their concerns around the falling yen, particularly after it slipped to the weaker side of 125 per dollar on April 11.

While expectations are for the Bank of Japan to acknowledge rising inflationary pressures at the upcoming April 27-28 monetary policy review and not do more, analysts say the weak yen piles pressure on Kuroda to tweak its zero-rates, yield curve control policy soon.

Kuroda made clear on Monday that while a weak yen could impact corporate profits, it was premature to debate any exit from that easy policy.

Finance Minister Suzuki has spoken several times in the past weeks, warning that a weak yen is “bad” for Japan’s economy if rising costs of raw materials cannot be passed onto prices of goods sold.

JPMorgan Securities analysts Benjamin Shatil and Sosuke Nakamura said the use of the word “bad” marked a change in tone.

“We have long argued that the BOJ may need to blink if yen weakness is sufficient to cause political repercussions,” they wrote on Friday.

“The risk to running short yen positions will be any capitulation in Kuroda’s thus-far positive assessment of yen weakness.”

The dollar stayed close to a two-year high versus the euro, supported by the unremitting hawkish comments from Fed officials.

The Fed last month delivered the first in what is expected to be a series of interest rate increases this year and into next to bring down 40-year high inflation. New York Fed President John Williams said on Thursday that a half-point rate rise next month was “a very reasonable option”, while Cleveland Federal Reserve Bank President Loretta Mester signalled rates should rise quickly.

Last week, the European Central Bank confirmed plans to end its hallmark stimulus scheme in the third quarter, but stressed there was no clear timeframe for when ECB rates would start to rise, and that policy is flexible and can quickly change.

Meanwhile, the Australian dollar hovered near its lowest in a month at $0.7383.