Beyond Babel: A New Blueprint for Global Instant Payments 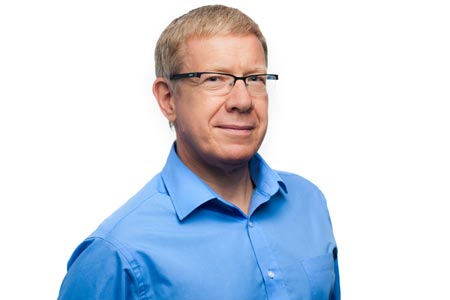 Fragmentation has become a very real challenge for the industry as instant payment schemes are being implemented on a country by country basis, and each country is doing it differently. Like the Tower of Babel, the vision of global faster payments is imperiled by mutual incomprehension. A second reason is the need to scale the network quickly. A successful instant payments scheme must be able to reach most of the accounts in its target market, meaning that most banks must participate from day one. Mobilising banks to co-operate and co-ordinate nationally is difficult enough, and achieving the same thing across national boundaries and multiple currencies is close to impossible.

Many national instant payment clearing and settlement schemes (CSMs) exist, and many more are in development. The technical standards vary from scheme to scheme, so even if the problems of settlement and multicurrency were resolved (each a huge problem in its own right), the national schemes could not simply “plug in” to each other – there is no interoperability.

The ISO20022 Real Time Payments Group (RTPG) has been working for over a year and has only just published specifications for the most basic message pair needed for instant payments (credit transfer request and response). In order to build a system that can be operated in the real world, many more messages are needed such as administration and control messages to control settlement cycles, participant availability, crypto key management, and a whole host of other vital functions.

We are still years away from having a defined messaging standard, by which time many more non-interoperable national schemes will have launched.

Techno-genies, the value chain and realism

Rather than lamenting the lack of international interoperability, we should consider whether it is even desirable. Imagine that some payments techno-genie granted our wish that all national schemes were magically migrated to technically interoperable systems. What next?

For an instant payment, time is of the essence, and each additional link in the processing chain adds to the time taken to process the payment. It also increases the complexity and hence the likelihood of failures, and makes it more difficult to track down problems that do occur. Hence each CSM should have a direct bilateral connection with every other for settlement tracking/resolution.

Assuming there will soon be 50 instant payment CSMs worldwide each bank would need to operate 49 bilateral connections, giving a total of 1,225 separate connections. Every change in payment message specifications would require all of those links to be re-tested, incurring massive costs and a major disincentive to enhancement and innovation. It was precisely to avoid the problems associated with such an explosion of inter-bank connections that national CSMs were introduced.

The idea of a global patchwork of bilaterally connected CSMs is not workable and it’s not going to happen. So how can the vision of international instant payments be realised?

Here’s an alternative solution. We accept that domestic instant payments are already fragmented and just get on with using the existing schemes, and we look for a different solution specifically for cross-border payments.

Now, it so happens that the international card schemes, Visa and MasterCard, have a number of assets and capabilities that could be used for exactly this purpose:

Critically, they also have experience in establishing and enforcing global standards for technical communications. They could define a full set of ISO20022 real-time messages much faster than the RTPG, and critically they could ensure that all banks are using them consistently via a technical on boarding process similar to that currently used for card systems.

If Visa or Mastercard introduced the same centralised model to process account payments that they already use for card payments the benefits would be huge. Each bank would only have one connection to establish and maintain, a single point for settlement, and instant global reach.

This solution would also stack up commercially. Consumers accept that there is a charge for cross-border payments. The current charging levels could be maintained as instant cross-border payments are introduced. The cost to banks would fall compared with the current byzantine correspondent banking arrangements, defraying the costs of implementation. The “card” schemes would tap into a massive new revenue stream. Consumers would benefit from much faster and more reliable international payments with no surprise charges imposed by correspondent banks, and the likelihood of absolute costs falling in the longer term. Current domestic payment schemes would continue unaffected, protecting the investments already made in these systems, and meeting consumer expectations for domestic payments to be cheap or free.

The conclusion is compelling: a centralised solution specifically for international instant payments would be technically simpler, faster to implement, and less costly to operate than a federated approach; it would complement existing domestic schemes and protect the investment made in them; and it would benefit banks, scheme and consumers.

Come on Visa and Mastercard, what are you waiting for?