Is merger uncertainty forcing exchanges to rethink their approach to IT? 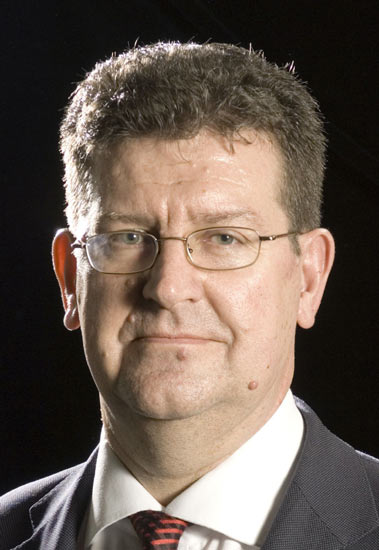 Hugh Cumberland of Colt explores the IT challenges stock exchanges face in order to diversify their business models and keep up with the competition.

From the London Stock Exchange (LSE) on-off deal with the Canadian TMX Group, to the will-they-won’t-they merger of NYSE Euronext and Deutsche Bourse, the exchange market has delivered many headlines in recent times. All this takeover talk is a far cry from the days of exchanges acting as public utilities. Today, competition is fiercer than ever. The recent arrival of the new European derivatives exchanges from the CME and Coe is a prime example, having triggered both price and takeover wars across Europe. If this increasingly competitive landscape wasn’t enough for exchanges to contemplate, there is the consolidation of trading platforms caused by mergers and acquisition activities, coupled with the interoperability between clearing and settlement systems driven by MiFIR.

While on the whole competition is a good thing, there is only so much merger activity that can take place before regulators step in, as we have seen with the recent Australian ASX and Singapore Exchange deal. The question for the larger exchanges is, where do they turn for growth if M&A is no longer a viable option? As a result of these failed merger bids, exchanges are under pressure to diversify their business models. In the year to date, Dealogic estimates the total value of European IPOs at around $4 billion from 50 launches, the lowest since 2009. With the volume of activity so low, any failure to diversify into new markets puts a real strain on the business.

The LSE recently hit its quarterly growth forecasts thanks to expansion into technology services which boosted revenues by 10 per cent year-on-year. It is not difficult to see why the exchange has managed to steel a march on the competition. Take their post-trade business, which has allowed them to promote clearing in over-the-counter markets and other risk-management processes. This approach has helped to create a more diversified exchange, less dependent on just trade volume from the cash equities markets.

Unfortunately the same cannot be said of rival exchanges, many of whom have been unable to diversify their offerings and develop new growth opportunities. As a consequence, smaller and midsized venues that don’t have large amounts of capital could struggle. For these organisations, the challenge is now doing more with less, as they struggle to balance the demand from the business to reduce operating costs, with investing in the compute capacity required to maintain a competitive edge.

In a high speed, high volume trading environment, a flexible and scalable approach to infrastructure has an important role to play in contributing to the bottom line. As only the major venues are likely to have the capital to invest in buying and managing their own extensive infrastructure estate, smaller exchanges will need to respond by adopting a more agile and less capex intensive approach, looking outside of on-premise models. The infrastructure that a venue uses will be sized for its maximum trading day and designed with the capacity to scale on demand to reflect the fluctuations in trading demands. The need to scale up and down makes the ability to allocate those resources in an agile and flexible way important to delivering the capacity that the trading floor requires.

Survival for exchanges depends on evolving from platforms reliant on trading volumes into agile organisations that can flex to take advantage of new commercial opportunities. Those able to balance the role of supporting capital creation with connectivity into new markets, and whose technology is agile enough to adapt to the changing demands of the business, will be best placed to differentiate themselves in this highly competitive landscape.