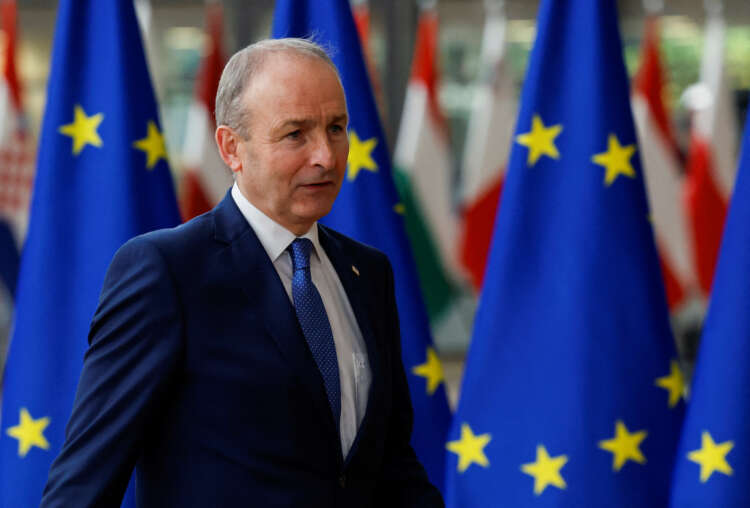 BRUSSELS (Reuters) – Britain must appoint a new Prime Minister to succeed Liz Truss as “quickly as possible” to ensure stability within the broader political and financial spectrums, said Irish Prime Minister Micheal Martin, as he arrived at a European Union summit.

“I think stability is very important and we would like to see the UK system within its capacity to have a successor selected as quickly as possible and that stability would be brought to the situation given the fairly significant geopolitical issues facing Europe, not least the war in Ukraine and the energy crisis,” he told reporters in Brussels.

Truss and UK market turmoil: What you need to know