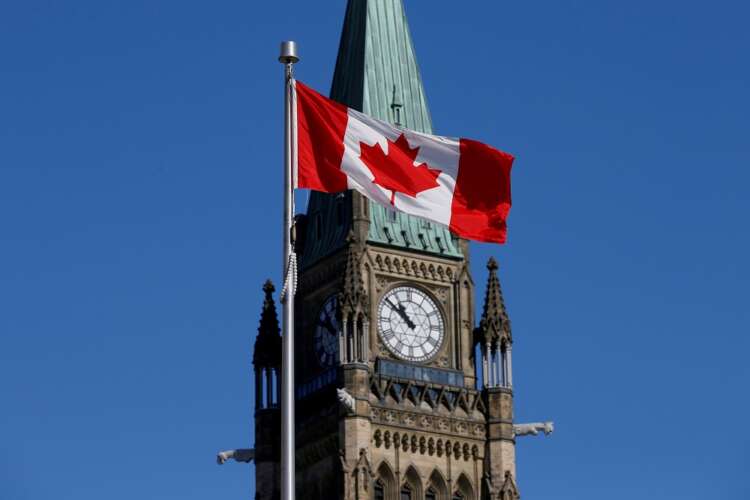 DUBLIN (Reuters) -Ireland’s Supreme Court ruled on Friday that parliament cannot ratify the European Union’s free trade deal with Canada unless laws are changed, posing a challenge to the coalition government if it wants to avoid the matter going to a referendum.

The Comprehensive Economic and Trade Agreement (CETA) sets out the removal of tariffs on 99% of all goods types traded between the EU and Canada, some over a period of up to seven years.

It has been provisionally in force since September 2017, and has so far been ratified by 16 of the 27 EU member countries, with Germany’s coalition agreeing in June to add its signature.

The Irish government had intended to do so as well through a vote in parliament once it cleared the legal hurdles. Deputy Prime Minister Leo Varadkar said last year that a delay would send out the wrong message on Ireland’s commitment to trade.

However a member of the ruling coalition challenged it in the courts, arguing that the deal should be put to a referendum because its ratification may affect the ability to introduce regulation, particularly in relation to the environment.

The Supreme Court ruled that the deal is unconstitutional as Irish law now stands and that parliament would have to make amendments to arbitration laws to permit ratification.

The lawmaker who took the case, Patrick Costello, is a member of the junior coalition Green Party and the two larger governing parties would need the support of its smaller partner to pass legislation clearing the block on ratification.

Varadkar, who will take over as prime minister next month, said the government remained committed to ratifying the deal in full and its initial assessment was that it could do so via legislation without the need for a referendum.

Irish citizens are entitled to vote on any major changes to EU law and have twice delayed European integration by rejecting referendums before eventually passing them once concessions were offered.

Behind FTX’s fall, battling billionaires and a failed bid to save crypto