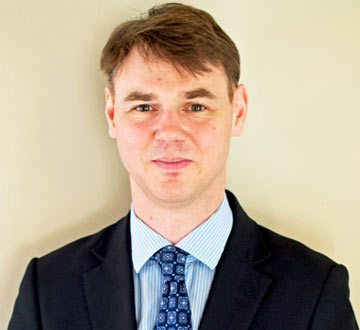 The IPA (the Institute of Practitioners in Advertising) has appointed former ad agency man Tom Lewis as its new Finance Director. He will formally join the IPA on 17th March where he will begin a two-week handover with Alex Hunter who retires after seven years in the role.

Lewis has held senior financial positions across the FMCG, marketing services and advertising sectors, including Coca-Cola, Ogilvy & Mather, Huntsworth, Omnicom and Mediabrands, and most recently at crisis communications firm Regester Larkin where he held the position of Group Finance Director.

Lewis will bring his comprehensive experience of running finance departments and of helping organisations to operate more effectively and profitably, to his new role of IPA Finance Director, for which there are three broad areas of responsibility:

Says IPA Director General Paul Bainsfair: “As Alex Hunter has demonstrated and excelled at over the past seven years, the role of IPA Finance Director has a far wider-reaching remit than just looking after the internal finances of the IPA, they have to be involved with Adland, and our members, in the broadest sense. We are therefore delighted to have found Tom who has such a comprehensive understanding of both the world of finance and of the ad industry and who will be able to hit the ground running.”

Says Tom Lewis: “The role of the Finance Director of the IPA is a broad and varied one; I am looking forward to joining the Institute as it approaches its 100th year and working with colleagues, industry bodies and finance peers to promote advertising as a commercial business.”

In addition to his Chartered Accountancy qualification, Lewis is fluent in Russian and French and is a respected wine writer. He is the Treasurer of The Circle of Wine Writers and Vice President of the East Anglian Society of Chartered Accountants.