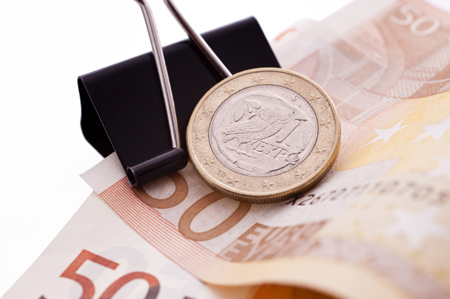 Investors are paying over a fifth less in annual fund fees as a result of the Retail Distribution Review (RDR) and investing more in passive products, according to analysis by rplan.co.uk, the online investment platform.

The analysis is published just ahead of the Financial Conduct Authority’s ‘sunset clause’ taking effect on 6 April, when trail commission must be discontinued on all retail funds in the UK.

Although the analysis illustrates the positive impact that RDR has had on fees, changing investment patterns have also been a factor – in Q1 2013, just 10% of the top 100 investments on rplan.co.uk were in passive funds but this has risen to 26% in 2016.1

Nick Curry, Director at rplan.co.uk, commented: “The greater transparency brought about by the RDR has certainly been a factor in fees being more competitive.

“As much as fees have come down, investors still need to be aware of advisers or platforms charges – research we commissioned shows these can vary by a factor of three for portfolios of £30,000 alone.2

“Platforms do target investors with different amounts to invest through their charging structure, and this does go some way towards explain varying levels of charges, but there is no doubt that lack of clarity also plays a role.

“At rplan.co.uk, we believe that charges should be expressed in both percentage terms and pounds and pence – that way investors can see exactly what the impact is of the fees they are paying.”

Around half (48%) of rplan.co.uk’s clients were affected by the switch and 83% of these – or 40% of all the platform’s investors – are now better off as a result of the change, with an average saving of £27.64 per year. The largest amount saved by a client is £265.78 a year. Over half (52%) of rplan.co.uk’s clients were unaffected by the changes because they were invested in share classes introduced from March 2014 that already met the new requirements.

The bulk of the savings under the conversion are a result of fund managers taking lower investment charges on the new share classes, while a change to rplan.co.uk’s fee structure also helps.

Switching off trail commission is the final stage of complying with the FCA’s requirement that all retail fund investors should be moved entirely into unbundled, ‘clean’ share classes that only include the charges paid to fund managers. Additional fees paid to financial advisers and platforms must be made explicit. ‘Trail’ is the ongoing commission paid to financial advisers for as long as their clients assets remain invested in funds.

To help investors get started, rplan.co.uk is offering investors £50 if they invest/transfer at least £5,000 or set up regular savings of at least £100/month within six months of their first investment (conditions apply).

For further information about the online investment platform rplan.co.uk including the tools it offers for choosing individual funds and its four pre-selected portfolios, visit rplan.co.uk.

DOES ANOTHER DOWNWARD LURCH IN GLOBAL STOCK MARKETS BECKON?