Intuition and Leadership: A reflection on conversations with twenty senior leaders about intuition. And 10 ways in which you can develop yours. 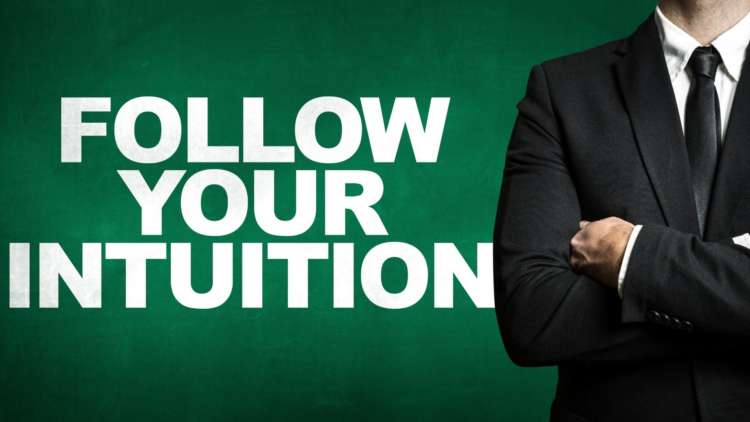 When was the last time you sat in a meeting and revealed what your intuition was telling you regarding a forthcoming business decision?

If you’re anything like my clients, then the answer is ‘Never’!

However – I’ve recently spoken with over 20 senior business leaders about their experience of intuition and leadership.   They all said they made extensive use of their intuition but none of them ever mentioned it to colleagues – and this included two people who sat on the same leadership board!

I conducted these interviews with leaders from a range of industries including the ex-CEO of a UK supermarket, the Managing Director of an engineering company, several Vice-Chancellors of Universities, the CEO of a global law firm, a Professor of Immunology and an HR Director.

This cohort also included leading banking and finance professionals; members of the executive committee of a global high street bank, a private equity investor and the COO of a fintech company.

We use a number of colloquial terms when we refer to what we think of as intuition; a hunch, a gut reaction, a sudden flash, a realisation, an ah-ha moment, a ‘knowing’, a feeling, a tingle.  We all think we have a sense of what intuition is although it appears to be hard to explain to others.  My interviewees were no different.  I started by asking a couple of open questions: “What does intuition mean to you” and “For you, what is the difference between intuition, insight, inspiration and instinct?”

All the leaders said they were aware of using intuition; some more than others.  When they had ‘intuitions’ they all, without exception, said it was useful to them: ‘If I ignore it I get it [a decision] wrong’ said one Director of OD.  Another, from a science background,  said: ‘there has to be a bloody good reason for me to go against it’.  Many said it played a major part in the way they operated.  One leader in financial service said intuition played a part in 8 out of 10 decisions he made about where to invest money.  Others said it alerted them to things that were potential problems, helped them to make busines decisions, to sift information, pay attention to important data that had been out of awareness or guide significant HR conversations.

Several said having access to intuition saved time and signalled or alerted them to something useful among a mass of data which would otherwise be overwhelming or get overlooked.  Leaders often say they are overwhelmed by data, options, possibilities, uncertainty, ambiguity – and never more so than now.

One CEO commented that he thought intuition became more important with seniority as information became ‘sugar coated and I have to see through this’  I wish I’d learned to trust it earlier in my career.’

In our conversations it was hard for these senior leaders to define intuition. They knew they had it, that it was useful, but they didn’t know what it was, where it came from, how much they could trust it, how to explain it to others, why they sometimes had access to intuition and sometimes not, and how to increase this access.  When they did define it, in their terms, there was little linguistic alignment between them.  They struggled to distinguish between intuition, instinct, and insight.  What was instinct for some was intuition for others; what was insight for another was deductive thinking for someone else.  Others used terms like tacit knowledge, inner wisdom or tapping into a lifetime of collected but unconscious experiences.

For several it was cognitive function; a way of using their brain or thinking function differently.  Others said it was definitely an emotional or feeling experience; that things ‘felt right’ or ‘comfortable’.  ‘It gives me certainty’ said one CEO.

Some had a somatic or physiological sensation (in their heart, stomach, chest, shoulders), others visualised solutions in their mind’s eye.  Others described a deep sense of ‘knowing’ which was familiar but hard to put into words.  Several mentioned a sudden breakthrough when doing something completely different, when they had switched off from thinking about the problem in question – when out running, in the shower or driving for example.   ‘How is this different from creative or divergent thinking?’ one of the leaders asked.

Another leader had a very different experience when describing a problem-solving experience on the bus when his phone had died.  He had nothing to do for 40 minutes except concentrate on one particular issue; and had a breakthrough.  In this example, his mind was super-concentrated on the issue, unlike the example above where concentration was focussed elsewhere.  He wondered if this was his intuition or convergent thinking – and what was the difference?

In a world that does not appear to be becoming less overwhelming, would it be useful for leaders to be more intuitive if it saves time and leads to beneficial outcomes?

There are undoubted problems with using a function which is essentially subjective and lacks evidence.  One very senior leader at a university said she often ‘knew’ which strategic direction to take and then ‘wasted her team’s time’ asking them to gather the data she knew she needed in order to make a presentation to colleagues. 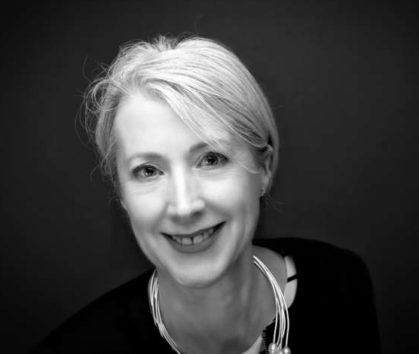 Others pointed to the obvious dangers of using intuition in selection and recruitment situations.  How can we ensure that one person’s hunch about a candidate is not unconscious bias or overt prejudice?   On the other hand, several of my clients said that they knew a candidate wasn’t right even though they ticked all the boxes at an interview and had been appointed.  An example perhaps of a process that has become overly rational and leaves no room for intuition.  In these instances one candidate turned out to have been promoted too early and consequently struggled and in the other case the candidate was later proved to be dishonest, “but in both cases I let myself be persuaded by the rest of the panel.   I had this feeling [that it wouldn’t turn out right] but no evidence.”

If intuition is a valuable source of data how can we be more upfront about our own intuitions?  Can we train leaders to be more intuitive?  And if so, what are the implications for leadership development, executive education and for the future of leadership?

If this article had piqued your interest in your own intuitive powers, here are ten ways in which you can raise your awareness, grow your trust and develop your experience of using this valuable leadership tool, based on the experience of the senior leaders that I interviewed.

What can we learn from the fact that many eminent scientists and artists ascribe their creative breakthroughs to their intuition?  If their experience and the experience of the leaders I interviewed can tell us anything, it’s that intuition is a valuable source of data – or maybe a tool for accessing that data – which we could well pay more attention to. Especially in these times when so many leaders report feeling overwhelmed and the future is so uncertain, usual sources of ‘hard’ data may not be the answers we’re searching for.

If you’re interested in any of the above, please get in touch. I am still researching and would love to speak with you about your own experience, whether you call it intuition or insight, inspiration or instinct – or any of the other words and terms we use.