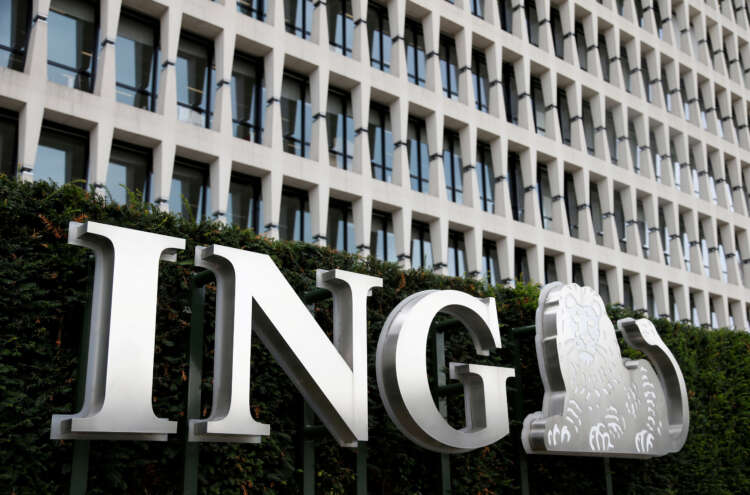 LONDON (Reuters) – Dutch lender ING said five of the highest-emitting sectors it services, such as power and autos, were on track to meet new, tougher climate targets, although others such as residential property were lagging.

Banks are increasingly under pressure to track and reduce the climate-damaging emissions caused by the finance they provide to the real economy, and are slowly putting pressure on clients to act or face the risk of finance being withdrawn.

After assessing clients in its most-polluting sectors, the bank said most were on course to meet a recently adopted tougher climate target, aiming to cap global warming at 1.5 degrees Celsius above the pre-industrial average by mid-century.

“We have updated the pace at which the decarbonisation needs to materialise, basically translating into curves that are steeper; we need to go quicker in terms of reducing the carbon intensity,” ING Global Head of Sustainability Anne-Sophie Castelnau told Reuters.

Carbon intensity is a measure of emissions per unit of economic output.

The power generation sector, to which it had provided 8.9 billion euros ($8.9 billion) in 2021, was 23% below the projected pathway it must travel to hit the climate target, while upstream oil and gas was 15.2% below its pathway.

Commercial real estate was 9.2% below, whilst the autos sector was 0.8% below. Shipping, which has yet to be aligned with the 1.5 degrees pathway, was 6% below its current pathway.

Residential property, the bank’s biggest exposure, was 3.2% above its pathway, while cement was 4.2% above.

Worst performing was the hard-to-abate steel sector, at 5.4% above its projected pathway, and aviation, some 57.3% above its pathway after the industry bounced back from COVID-19 lockdowns.

“In terms of achievement, we’re pretty happy with the progress, but this is quite heavy work. We can only reach those climate goals if we do it together with other stakeholders,” such as their clients and policymakers, Castelnau said,

A member of the Net Zero Banking Alliance, a group of banks that have made public pledges to help the world shift to a low-carbon economy, ING said earlier this year it would no longer finance new oil and gas projects.