Inflation will create a paradigm shift for insurers in 2023

The Death of Old Finance & the rise of embedded finance
Our website publishes news, press releases, opinion and advertorials on various financial organizations, products and services which are commissioned from various Companies, Organizations, PR agencies, Bloggers etc. These commissioned articles are commercial in nature. This is not to be considered as financial advice and should be considered only for information purposes. It does not reflect the views or opinion of our website and is not to be considered an endorsement or a recommendation. We cannot guarantee the accuracy or applicability of any information provided with respect to your individual or personal circumstances. Please seek Professional advice from a qualified professional before making any financial decisions. We link to various third-party websites, affiliate sales networks, and to our advertising partners websites. When you view or click on certain links available on our articles, our partners may compensate us for displaying the content to you or make a purchase or fill a form. This will not incur any additional charges to you. To make things simpler for you to identity or distinguish advertised or sponsored articles or links, you may consider all articles or links hosted on our site as a commercial article placement. We will not be responsible for any loss you may suffer as a result of any omission or inaccuracy on the website. 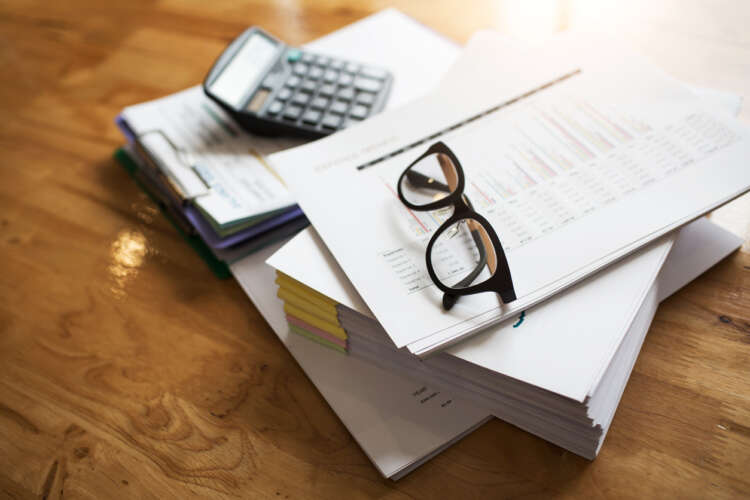 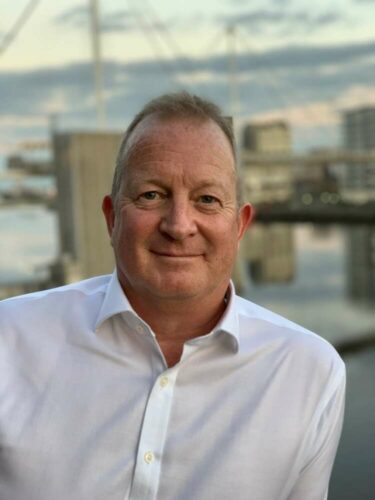 By Paul Holland, CEO, Beyond Encryption

The financial services industry has often come under fire for being a digital laggard. As a sector that handles highly sensitive data on a daily basis for its customers, inadequate digital capabilities have caused significant security concerns and slow, clunky processes.

As a result, the industry has become vulnerable to hackers, and in a world where consumers are used to high-quality digital experiences, customers are left frustrated. This shortcoming is exemplified in a study undertaken by UK Finance, which found that only 6% of financial services organisations have fully realised the benefits of implementing cloud technology.

While security concerns and poor customer experiences persist, a new issue has also become a hurdle for the industry: sustainability. Financial services are still heavily reliant on paper-based communication, which contributes to the planet’s CO2 emissions.

At a recent event hosted by Beyond Encryption, the industry standard for secure digital communications, experts discussed the issue of sustainability within financial services, and the sector-wide effort required to create true change.

The Need to Become More Sustainable

As financial services continue to produce large quantities of paper wastage, it is important to recognise the potentially catastrophic impact that this can have on the planet, notes Emily Plummer, Marketing Director at Beyond Encryption.

“Atmospheric carbon levels are at a three-million-year high and continuing to rise, putting livelihoods and communities at risk from events such as severe weather, higher sea levels, and mass extinctions of wildlife. As of today, we are on track for 3-degree warming above pre-industrial levels” explains Plummer.

“A report last year from WWF and Greenpeace found that the investments held by the UK’s biggest banks and investors emit 805 million tonnes of carbon per year, almost double the UK’s domestic emissions.

“That’s why we’re on a mission to bring together the innovators within financial services and make sure that doesn’t happen. Because as one of the largest industries in the world, we can play a part in preventing a future that nobody wants.”

Echoing Plummer’s sentiment, Simon Pringle, Honorary Professor of Sustainability and Innovation at the University of Edinburgh Business School, provides some sobering statistics about the negative impact we are having on our planet:

”We used a real-life case study that related to just over 100,000 consumers, for a global asset management business, over a 1-year period.

“The study found that in one year, asset management businesses contributed 3.34 tonnes of CO2e into the Earth’s atmosphere. To give that some context, this is equivalent to driving more than 6,000 miles in an average family car or consuming over 2,500 bottles of wine.

“It also found that the industry contributed approximately 1,100 tonnes of water – the equivalent to 12,500 full baths or the total amount of water consumed by an average UK family of 4 over a 6-year period.

“In order to limit the temperature rise of 1.5 degrees C, global emissions need to fall by 45% from 2010 levels, by 2030. But we can only do that if we collectively make that shift.”

Technology can be a driver for this change. Not only is it more efficient, but it provides better security than traditional approaches while eliminating the need for paper-based communications. However, some financial institutions continue to resist.

Discussing the need for wider adoption, Pringle lays out the possibilities that could emerge from a collaborative approach between organisations.

“The Paris agreement was a real milestone, where signatory countries committed to key targets that ultimately need to cascade down to businesses and different parts of the community and society as a whole. Given that we’ve got 28 years of benefit, the changes we make today create a real impact.”

He continued: “The more you can do now, the more we can benefit from both – in terms of climate perspective, but also in terms of the other benefits that will impact organisations and operational efficiency. They could come to change reputation, stimulate innovation, and so on. The financial services industry has a real role to play in this.”

“The role we think we can play in the ESG space is also about collaboration with organisations,” states Achilles. “We need to get together on this, as the issue is so big no organisation can address it alone. It is going to require a real team effort, not just teams within organisations but teams across organisations.”

Laura Bampfylde, Wealth Director at Redington, explains how digitalisation can be an often-forgotten solution to sustainability issues.

“The most important part is to connect the dots when it comes to digitisation and sustainability,” begins Bampfylde. “We hear a lot about the need to digitise in the industry but not about the carbon and water being used. Tangible facts behind this are so important.”

As digital transformation affects each industry it becomes easier for consumers to access information and actively filter through the noise, which can hinder engagement with organisations’ communication tactics.

On the diminishing significance of traditional correspondence, FTRC’s Achilles adds: “Paper is no longer the only way we should be doing it. I think if organisations get on top of that, not only can they reduce the carbon footprint, they can reduce cost, but will also get better traction from consumers.”

“Statistics that Beyond Encryption provided today are phenomenal when you think about the thousands or millions of pieces of paper that get sent out. When we think about how often we really open them and pay any attention to them, I think the answer is very little, if any. So, if we can think of ways in which we can really get customers to engage with their products and services from financial service organisations, that is the key.”

Customers expect information quickly, conveniently, securely, and ecologically. Organisations within the financial services industry can now offer their users a secure and instantaneous way of receiving important information, while better managing their efficiency and sustainability goals.

The need for change is clear, and Paul Holland, CEO and founder of Beyond Encryption winds down the discussion, explaining exactly how businesses within financial services can minimise their paper usage while keeping communications secure, efficient and user-friendly.

“Through our secure email solution, Mailock, we are giving financial organisations the power to make a difference by securely digitising your comms. It removes the need to send sensitive documentation in the post, providing a simple and instant solution that reduces your carbon output and water consumption from the start.

“We owe it to our customers and to ourselves to do this right. So even though we can’t buy more time, we can prevent it from ticking down faster. The one thing we still have time left to do is change.”

Following on from Holland’s closing remarks, Scott Machin, Senior Product Manager at iPipeline concludes the roundtable, explaining the weight of the change that needs to happen within financial services.

“We need to be more conscientious about it and Mailock is the product that can aid it,” he opens. “The challenge is similar to what we had during the pandemic, in that it has to happen at a rapid rate and people don’t like change – changing procedures and policies is tough but nothing positive is ever easy. This is why we need to use technology to ensure that we can make those changes quickly and with minimum interruption to the business.”