HOW NEDS CAN HELP YOUR BUSINESS 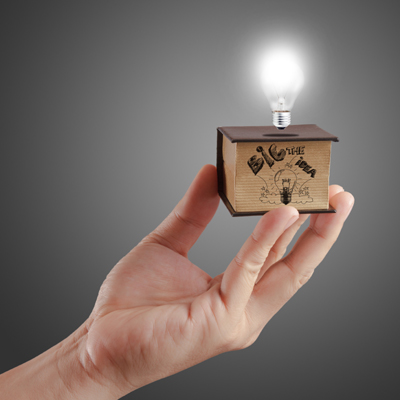 Will Cookson of Harbour Key looks at the role of non-executive director in unlisted entities and how to choose the right individuals.

In essence, the NED is there to provide the board with objective criticism and advice. Their function is not to run the company, although they may help with matters that are put to the board by giving direct guidance or even playing ‘devil’s advocate’ to help executives broaden their perspectives. A board needs to use a NED’s advice wisely as times change. “Adapt, adopt, improve” is a good motto.

To fulfil this role, the NED should ideally have both specialist knowledge within the industry, or of a key aspect of it, and wider business experience, such as having floated a previous company.

At the heart of the NED’s role is independence, with complete impartiality to the board and the company’s stakeholders. They also need the right personal attributes to be effective; for example, in dealing with a young and inexperienced board or one which is overly dominated by one or two individuals.

A board can be a complex mix of conflicting personalities, age, experience, motives and alliances. Most NEDs therefore require a set of broad shoulders and need to be prepared to both push executives and be pushed back. The NED is in essence the ‘engine’s’ regulator, the one who will help keep it running smoothly.

The NED may be asked to play a key part in corporate governance, corporate controls and risk management, such as sitting on the remuneration committee. Board levels and sub-groups were once only entertained by plcs and large private companies, but this is now an increasing trend in small/medium entities. This is not for want of further regulation, but rather to help attract potential buyers who are more rigorous with their due diligence and choosier where they put their money.

Even start-ups are appointing NEDs, as a strong NED can accelerate growth. The BBC’s TV programme Dragons’ Den often sees businesses who are not just looking for money but also the strategic input of an experienced entrepreneur.
As a business grows the NED can fill certain skill gaps within the Board in preparation for the time when a dedicated executive is recruited.
The characteristics of a NED are likely to make them a good mentor, whether to a young or inexperienced board, an individual director or even an owner who has built a company from scratch to a size where they need to delegate day-to-day control to a board. The responsibility of being an owner can make it a lonely position, and the NED can provide a valuable sounding board as long as they are careful to maintain their independence.
The NED can also help the board to step back and take a clear look at their business. Owners and managers are often submerged in operational matters; it’s what they know and feel they do well, and looking ahead may be outside their comfort zone. The NED is there to look ahead without those day-to-day encumbrances and to force the board to do so too.

Finally, the NED can play a key role in helping a business prepare for investment, flotation or sale. A ship-shape business is far more attractive to outside investment or potential purchasers. The latter will use any ‘irregularities’ found during due diligence to drive the price down and increase the amount of deferred consideration. Having a NED with prior experience of the exit process and dealing with such individuals could be invaluable.

A NED may advise a number of boards in the same industry sector, primarily because they have been successful in that sector in the past. It is important that they bring only complementary assistance. The NED may come from the board’s contacts or they can look for candidates using the internet or in the accounts of similar businesses at Companies House before seeking out individuals through LinkedIn etc.

NEDs are usually paid by the company, although some may take shares in lieu of cash. It is a moot point whether a NED can be impartial as a shareholder, and this probably comes down to the size of their holding and what the board wants to achieve in the future. We have seen, for example, NEDs take a shareholding and then drive a family company towards an exit (contrary to the company’s succession plan for the next generation). Like any employee, but in particular senior hires, the board must recruit wisely and not be overly influenced by a person’s reputation.

In conclusion, a good NED is there not to temper the entrepreneurial spirit but to enhance what can be achieved with such creativity.

Will Cookson is director of Harbour Key Ltd. www.harbourkey.com

HOW CAN SMES ENSURE NEXT YEAR’S FORECASTS AREN’T JUST A PIPE DREAM?